Switzerland, Feb. 26, 2019 - As the United Nations Human Rights Council convenes to hold its 40th session at the international body’s headquarters in Geneva, Switzerland, a large crowd of Iranian dissidents gathered to protest flagrant human rights violations and terrorism of the Iranian regime.

The demonstration, held at the Place des Nations, calls for the ouster of the Iranian regime from the United Nations and the recognition of the Iranian Resistance, symbolized in the National Council of Resistance of Iran (NCRI), as the legitimate representative and voice of the Iranian people.

The demonstrators put up large posters containing images of people executed by the Iranian regime. In the past 40 years, the mullahs have executed more than 120,000 Iranian dissidents, most of them members and supporters of the main Iranian opposition group, the People’s Mojahedin Organization of Iran (PMOI/MEK). 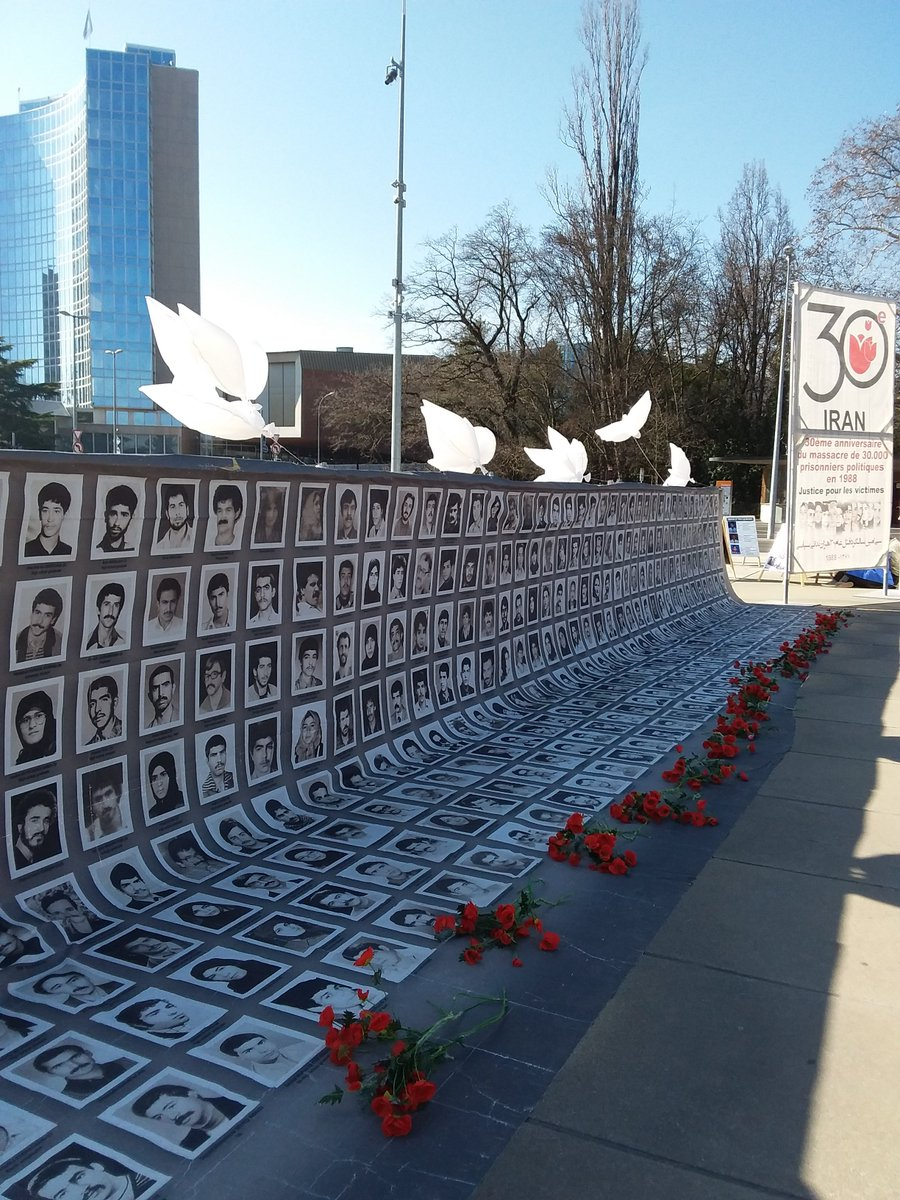 Photos of a small fraction of the over 30,000 political prisoners massacred by the Iranian regime during the summer of 1988 - February 26, 2019

The demonstrators are also calling on the UN to launch an official probe into the mass execution of thousands of political prisoners in 1988. At the time, under the orders of then-supreme leader Ruhollah Khomeini, the Iranian regime sent more than 30,000 prisoners to the gallows due to their insistence on opposing the regime. Most of the victims of this atrocious crime against humanity, which became known as the “1988 massacre,” were PMOI/MEK members and supporters. 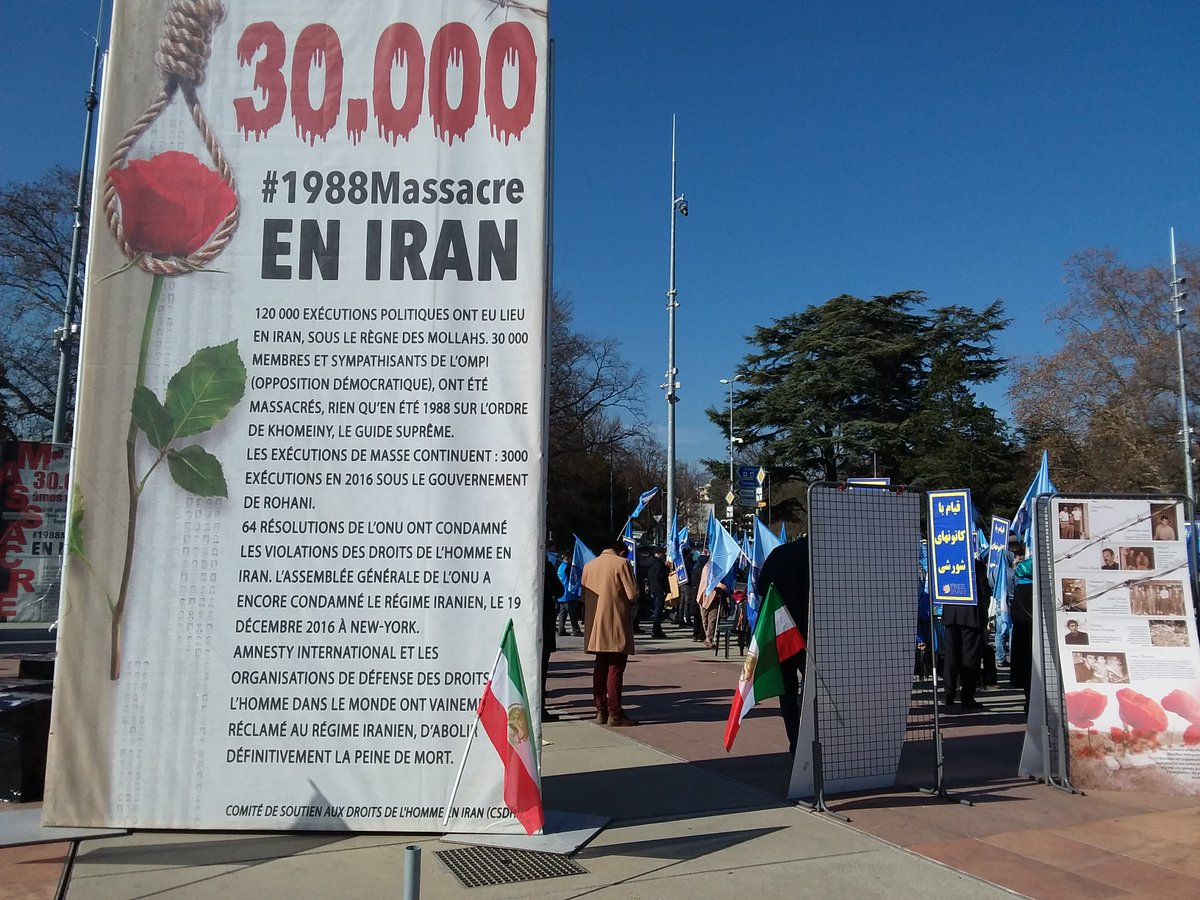 PMOI/MEK supporters in Geneva calling on the UN to launch a probe into the horrendous 1988 massacre of over 30,000 political prisoners - February 26, 2019

Mrs. Rajavi has introduced a ten-point plan for the future of Iran, which is the exact opposite of the mullahs’ rule. Mrs. Rajavi and the NCRI call for the establishment of a free and democratic state that provides equal opportunities to all Iranians regardless of their gender, ethnicity and religion, and abolishes executions and all sorts of torture. Rajavi also denounces the mullahs’ nuclear and ballistic missile ambitions and their terrorist activities. Many politicians believe the platform presented by Mrs. Rajavi is the best solution to the multitude of threats posed by the Iranian regime to global peace and security.

The protesters also voiced their support for Iranian “Resistance Units,” supporters of PMOI/MEK inside Iran who have been bravely challenging the Iranian regime and its repressive forces. In the past months, these Resistance Units have been setting fire to posters and banners of regime leaders and icons, undermining the mullahs’ efforts to exude power and quell protests that have been raging across the country since December 2017.

“Resistance units, we support you,” the protesters were chanting.