Soldiers surrounded the favela and deployed at strategic locations while civil and military police searched for suspects as anxious residents watched.

More than 1,000 Brazilian police officers swooped into slum neighborhoods in Rio de Janeiro at the crack of dawn this morning

Violence is common in favelas, where drug gangs control much of the territory and police are forced to remain on permanent alert.

The situation spun dramatically out of control in Rocinha when members of a drug gang poured in and tried to push out rivals.

Security forces remained in the favela for nearly a week. 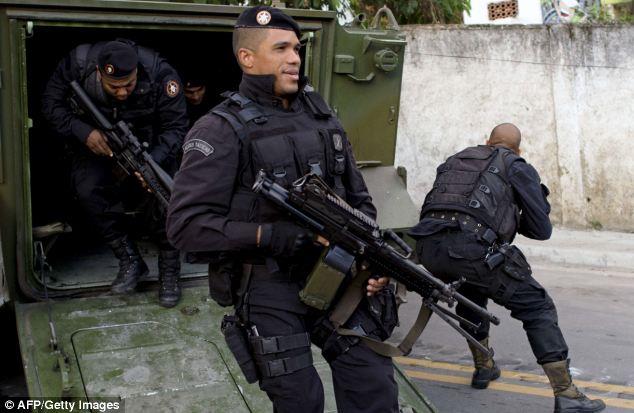 These bandits "not only participated in the first incursion (at Rocinha) but in fact represent an important group of the 'Amigos dos Amigos' faction in the northern zone," police spokesman Marcos Vinicius Braga told GloboNews TV.

"So it's possible that this (favela) serves as their base for future incursions."