Ambassadors to the UN vote during a Security Council meeting on North Korea in New York City, US, September 11, 2017

The United States and Japan requested the meeting, which will be held at 3 pm (1900 GMT), according to the Ethopian council presidency. The meeting will be closed-door, diplomats said.

Pyongyang’s latest launch comes after the Security Council imposed an eighth set of sanctions on North Korea over its ballistic missile and atomic weapons program.

North Korea had on Wednesday vowed to accelerate its weapons program in response to being slapped with the “evil” sanctions. The fresh punitive measures include a ban on the North’s textile exports and restrictions on shipments of oil products. 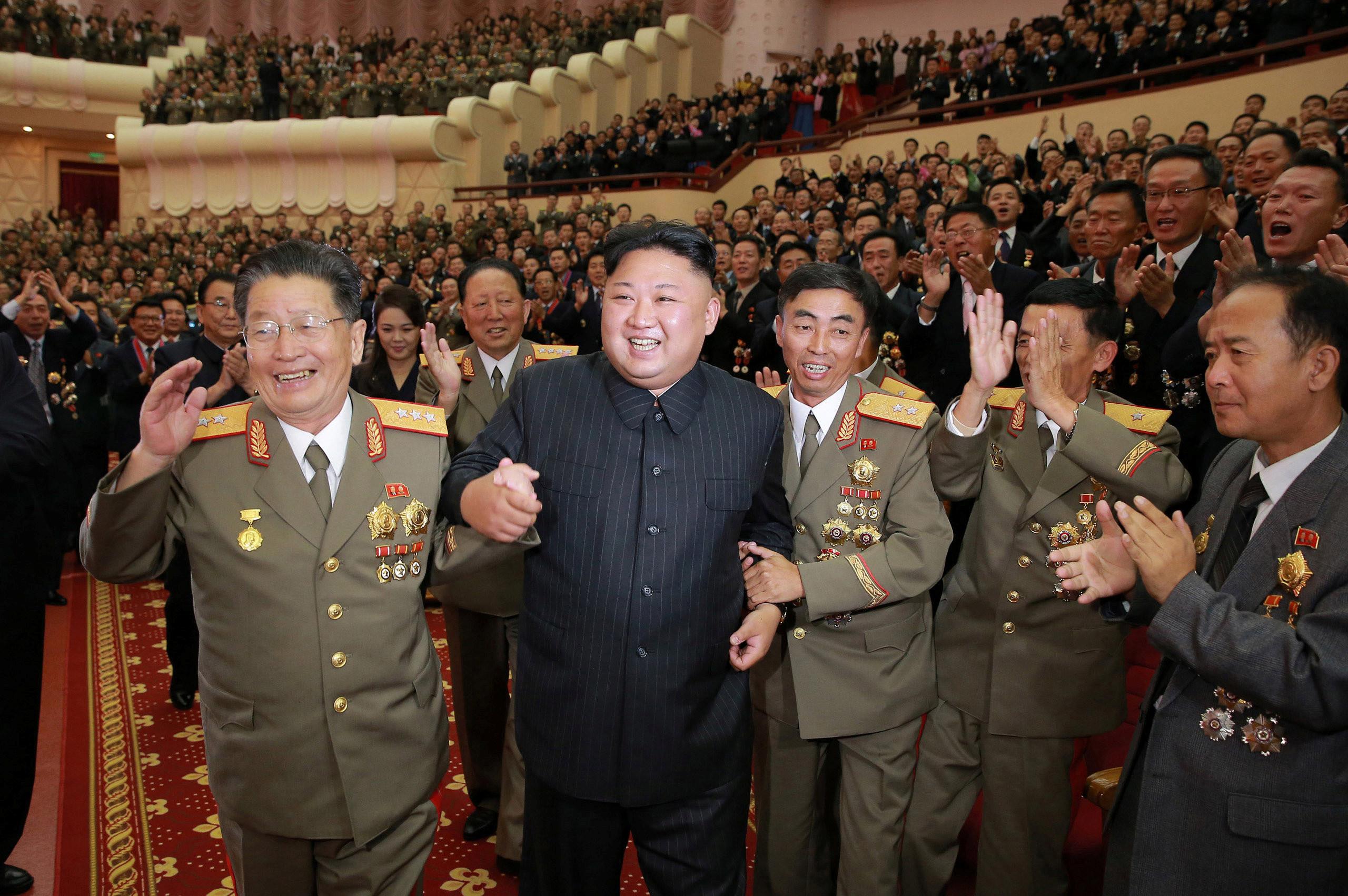 North Korean leader Kim Jong Un reacts during a celebration for nuclear scientists and engineers who contributed to a hydrogen bomb test, in this undated photo released by KCNA in Pyongyang

The international community hopes economic sanctions will deprive the North of the resources it needs to pursue its nuclear program and pressure it into negotiating.

The US-drafted resolution passed unanimously on Monday, just one month after the Security Council decided to ban exports of coal, lead and seafood in response to Pyongyang’s launch of an intercontinental ballistic missile (ICBM) that appeared to bring much of the US mainland into range.

That launch was followed by a nuclear test on September 3, its largest to date, which Pyongyang said was a hydrogen bomb small enough to fit onto a missile.

In the latest test North Korea fired an intermediate range ballistic missile over Japan and into the Pacific Ocean, according to the US military’s regional command, which said the launch did not pose a threat to North America.