SEOUL, Reuters, May 2, 2017 - North Korea accused the United States on Tuesday of pushing the Korean peninsula to the brink of nuclear war after a pair of strategic U.S. bombers flew training drills with the South Korean and Japanese air forces in another show of strength. 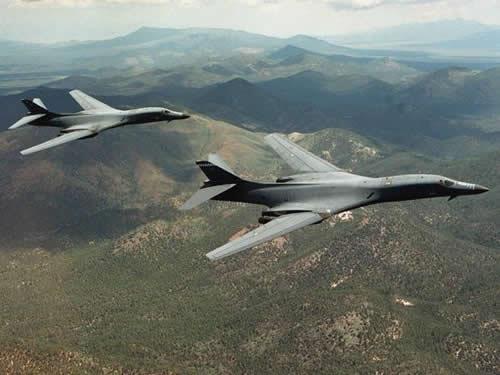 The flight of the two bombers on Monday came as U.S. President Donald Trump said he was open to meeting North Korean leader Kim Jong Un in the appropriate circumstances, even though Pyongyang suggested it would continue with its nuclear tests. 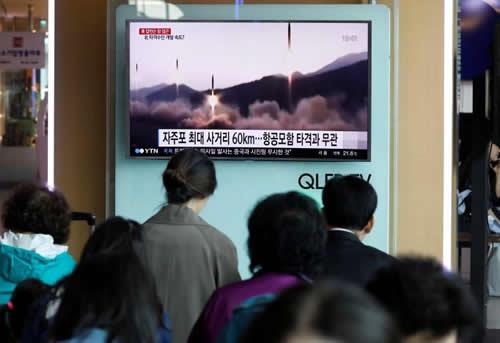 People watch a TV broadcasting of a news report on North Korea's missile launch, at a railway station in Seoul, South Korea.

South Korean Defense Ministry spokesman Moon Sang-gyun told a briefing in Seoul that Monday's joint drill was conducted to deter provocations by the North and to test readiness against another potential nuclear test.

The U.S. air force said in a statement the bombers had flown from Guam to conduct training exercises with the South Korean and Japanese air forces.

North Korea said the bombers conducted "a nuclear bomb dropping drill against major objects" in its territory at a time when Trump and "other U.S. warmongers are crying out for making a preemptive nuclear strike" on the North.

"The reckless military provocation is pushing the situation on the Korean peninsula closer to the brink of nuclear war," the North's official KCNA news agency said on Tuesday. 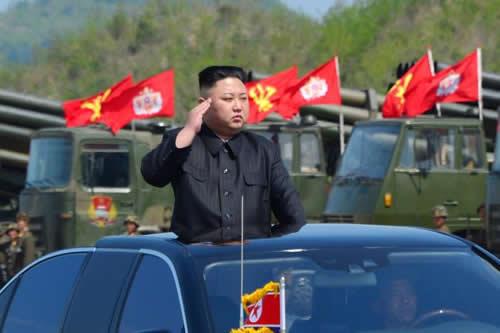 Tensions on the Korean peninsula have been high for weeks, driven by concerns that the North might conduct its sixth nuclear test in defiance of pressure from the United States and Pyongyang's sole major ally, China.

China's Global Times, a state-backed tabloid that does not necessarily reflect national policy, said in an editorial late on Monday the United States should not rely on China alone to pressure Pyongyang into giving up its nuclear ambitions.

April could prove a "turning point", the paper said, but "Washington ... must also continue to exert its own efforts on the issue".

It was widely feared North Korea could conduct its sixth nuclear test on or around April 15 to celebrate the anniversary of the birth of the North's founding leader, Kim Il Sung, or on April 25 to coincide with the 85th anniversary of the foundation of its Korean People's Army.

The North has conducted such tests or missile launches to mark significant events in the past.

Instead, North Korea conducted an annual military parade, featuring a display of missiles, on April 15 and then a large, live-fire artillery drill 10 days later. 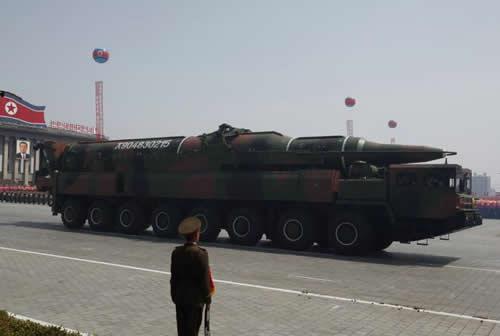 A rocket is carried by a military vehicle during a military parade in Pyongyang.

"I am asking foreign and security ministries to further strengthen military readiness in order for North Korea not to miscalculate ... and drive the Korea-U.S. alliance and cooperation from neighboring countries such as China to put pressure on the North," Hwang told a cabinet meeting on Tuesday.

Trump said on Monday he would be "honored" to meet the North's young leader.

"If it would be appropriate for me to meet with him, I would absolutely, I would be honored to do it," Trump told Bloomberg News in comments that drew criticism in Washington. 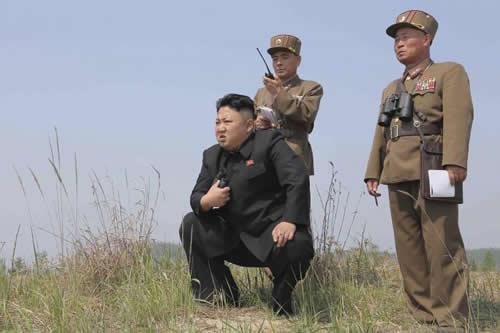 Trump did not say what conditions would be needed for such a meeting to occur or when it could happen. The White House said later North Korea would need to meet many conditions before it could be contemplated.

Trump warned in an interview with Reuters on Thursday that a "major, major conflict" with North Korea was possible, while China said last week the situation on the Korean peninsula could escalate or slip out of control.

In a show of force, the United States has already sent an aircraft carrier strike group, led by the USS Carl Vinson, to waters off the Korean peninsula to conduct drills with South Korea and Japan. 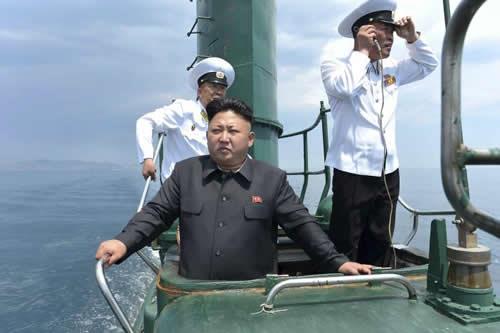 Kim Jong Un stands on the conning tower of a submarine during his inspection of the Korean People's Army Naval Unit 167 in this undated photo released June 16, 2014

The U.S. military's THAAD anti-missile defense system has reached initial operational capacity in South Korea, U.S. officials told Reuters, although they cautioned that it would not be fully operational for some months.

North Korea test-launched a missile on Saturday that appeared to have failed within minutes, its fourth successive failed launch since March. It has conducted two nuclear tests and a series of missile-related activities at an unprecedented pace since the beginning of last year. 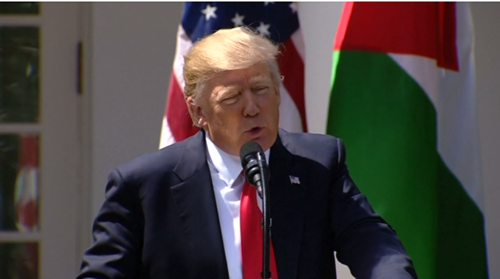 The North is technically still at war with the South after their 1950-53 conflict ended in a truce, not a treaty, and regularly threatens to destroy the United States, Japan and South Korea.