Reuters, 27 April 2017 - North Korea has agreed to a visit by the U.N. expert on the human rights of people with disabilities, the United Nations said on Thursday, a minor concession after years of criticism of Pyongyang's record from the U.N. Human Rights Council.

The visit by Catalina Devandas-Aguilar from May 3-8 will be the first ever to North Korea by an independent expert designated by the Council, a 47-state body that is pushing for justice for crimes against humanity it says have been committed. 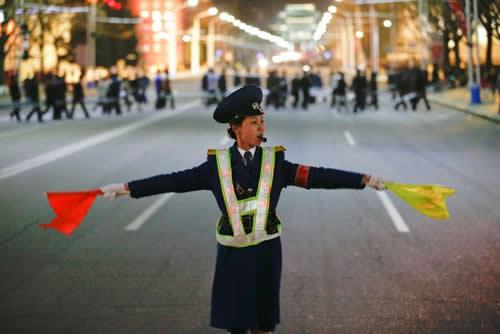 North Korea has consistently denounced the Council's resolutions as a conspiracy by the United States and other "hostile forces", while its ally China has tried to shield it from scrutiny. It has not allowed any of a string of U.N. human rights investigators specifically focusing on North Korea itself to visit.

Devandas-Aguilar's visit will take her to Pyongyang and the South Hwanghae Province and will focus particularly on children with disabilities in North Korea, the statement said.

North Korea, also known as the Democratic People's Republic of Korea (DPRK), ratified the Convention on the rights of persons with disabilities in December 2016.

"My upcoming visit to DPRK represents a key opportunity to learn firsthand about national realities, laws, policies and programmes concerning people with disabilities, as well as the challenges and opportunities the Government faces in implementing the Convention," she said in a statement.

Devandas-Aguilar plans to hold a press conference in Pyongyang at the end of her visit and to submit her findings next year.