Senator McCain to MEK: You are an example to everyone in the world that is struggling for freedom
Maryam Rajavi: As the regime is beset by deepening crises, we are closer than ever to our goal of freedom 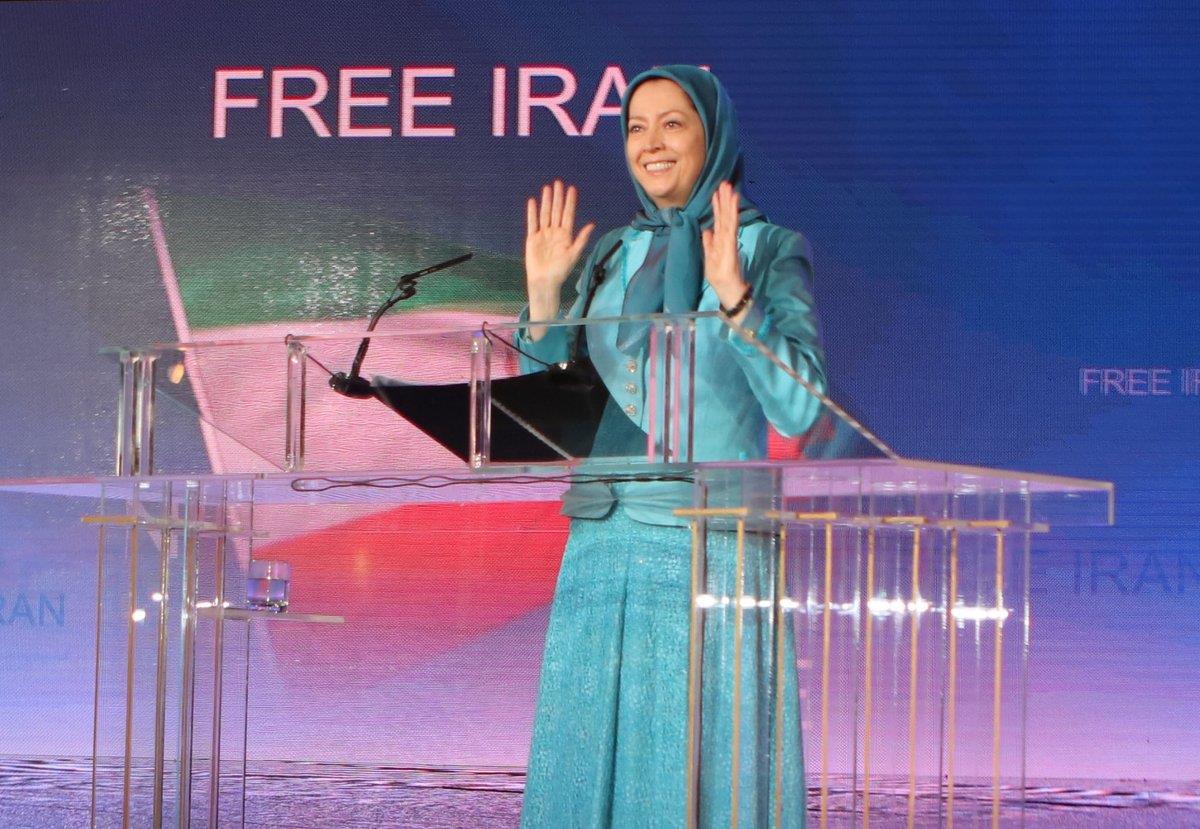 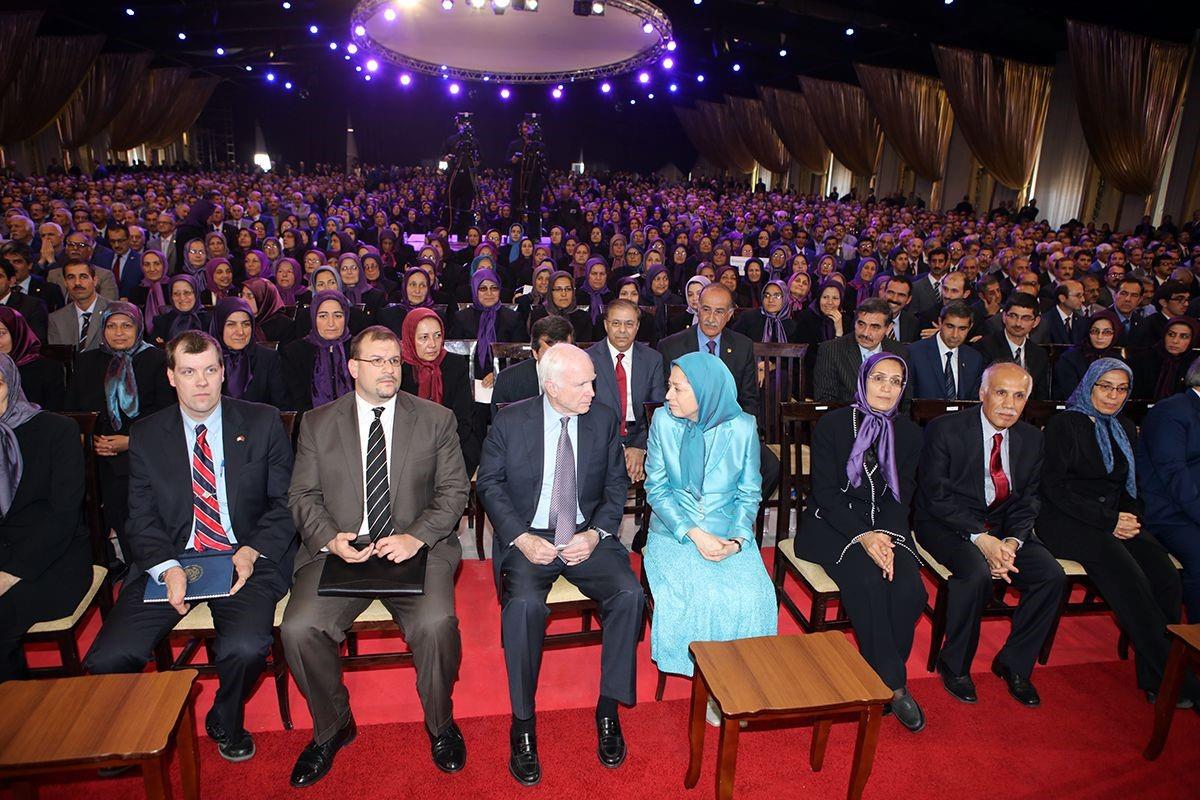 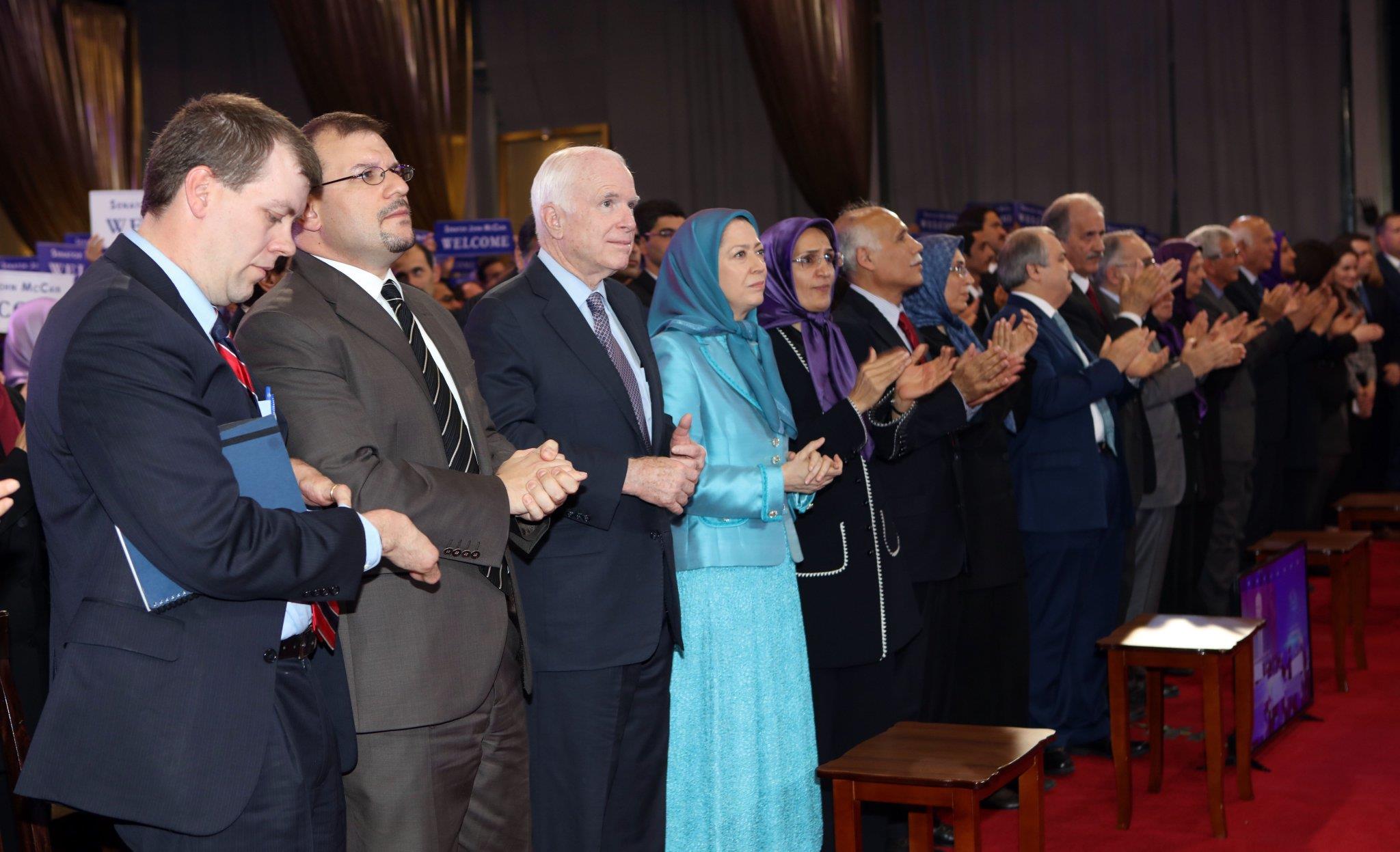 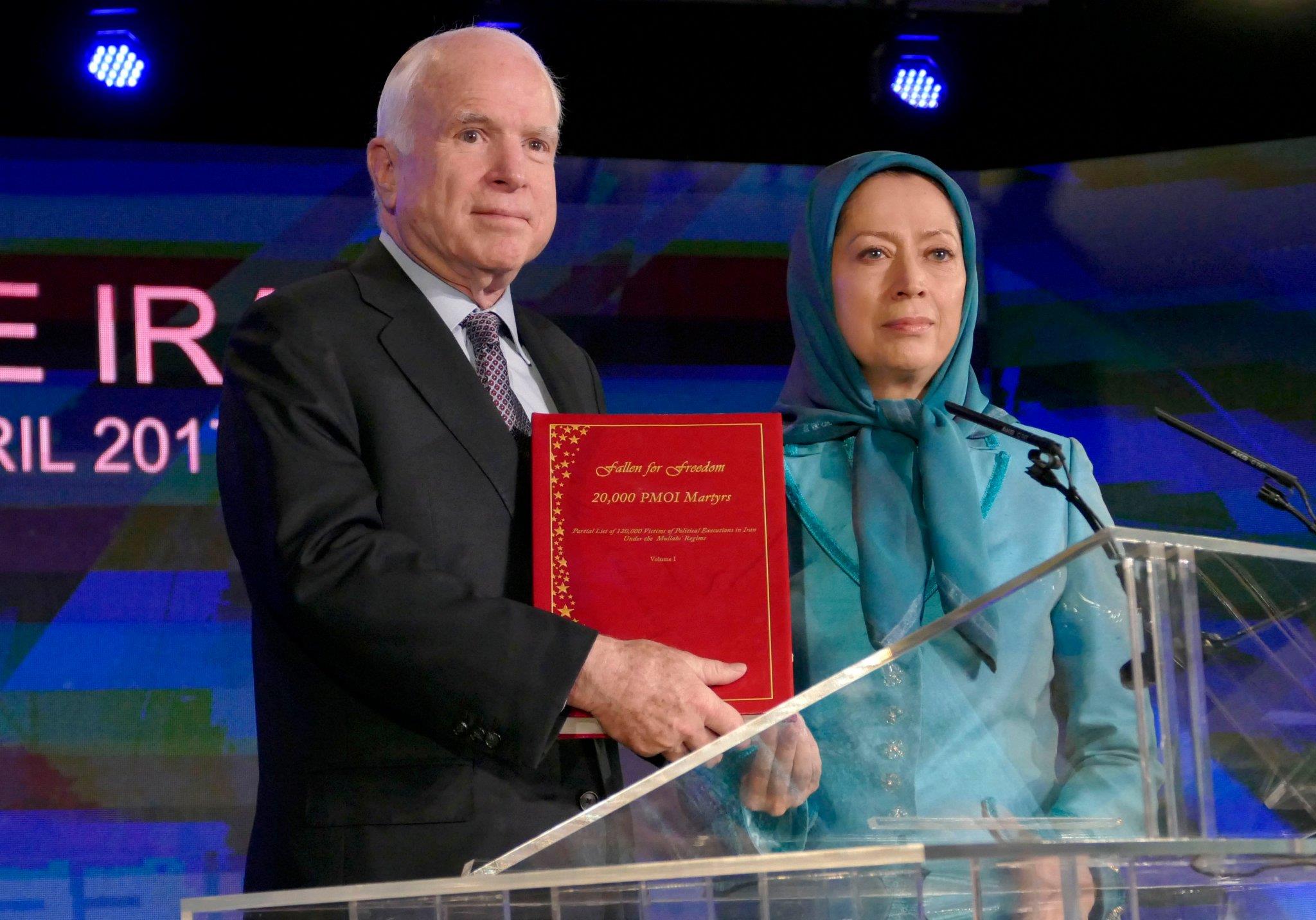 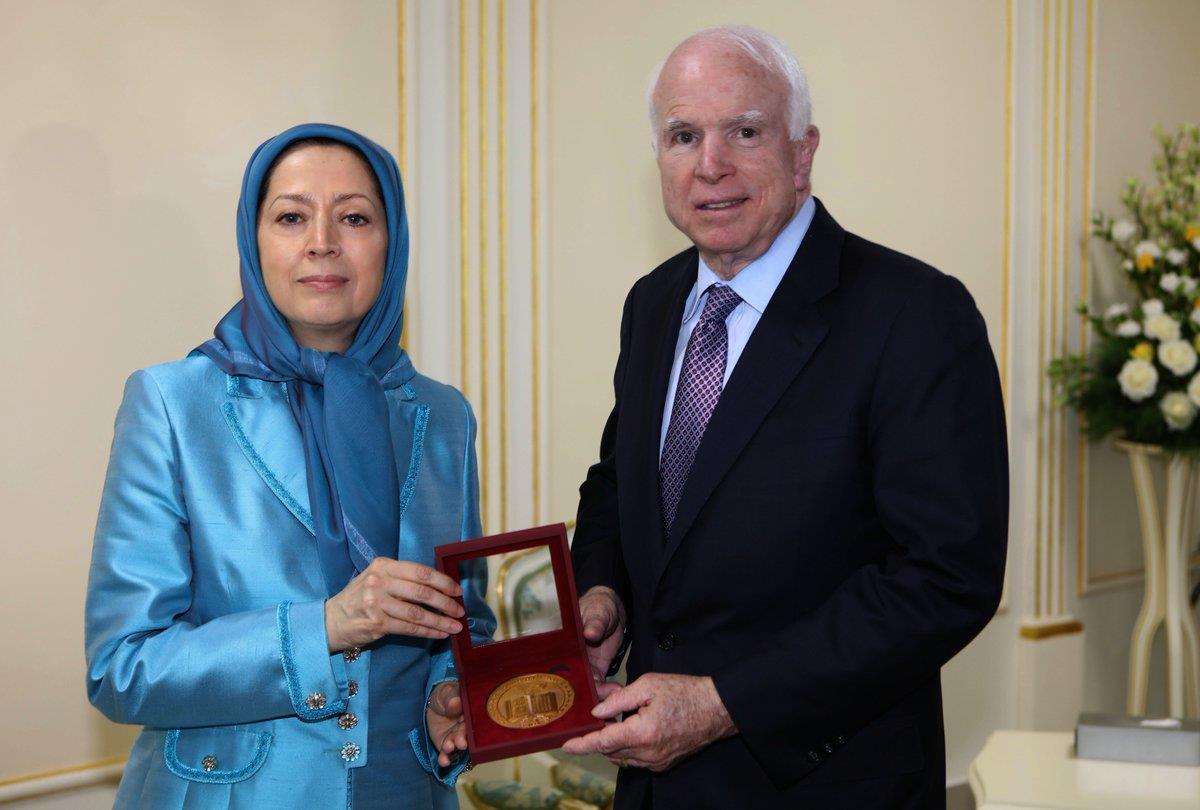 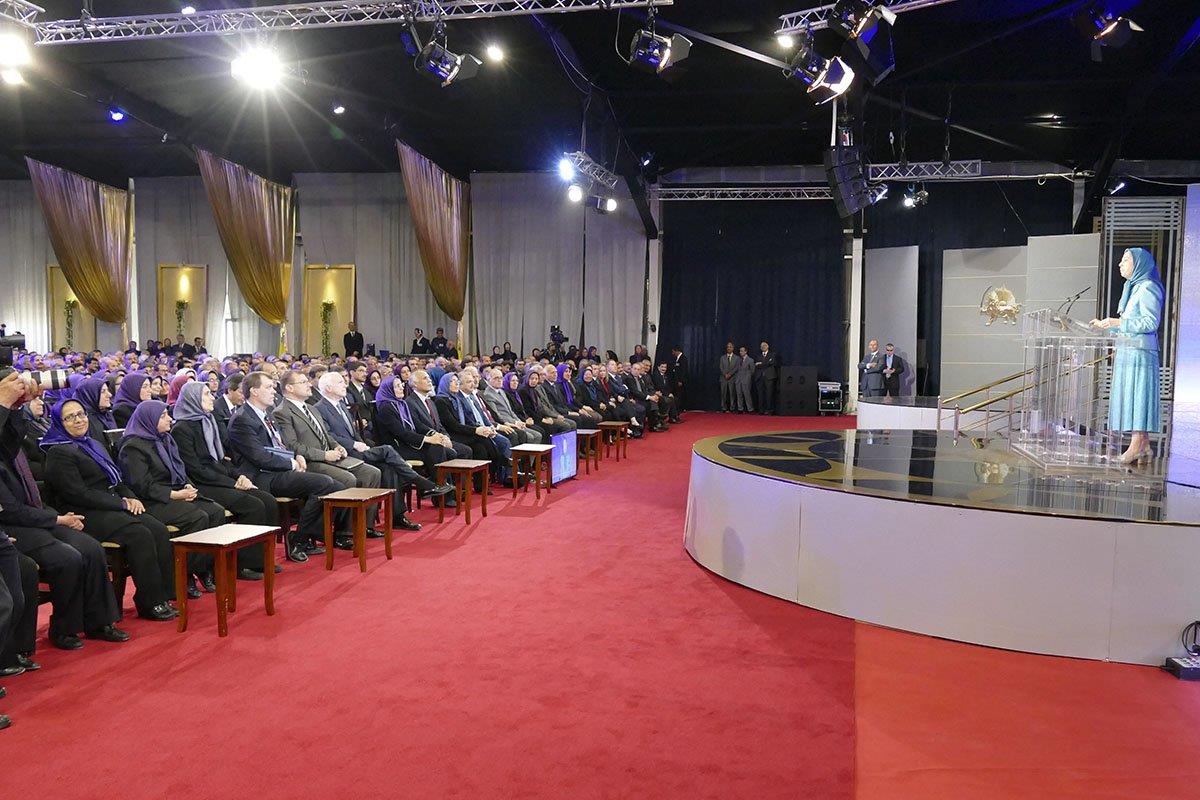 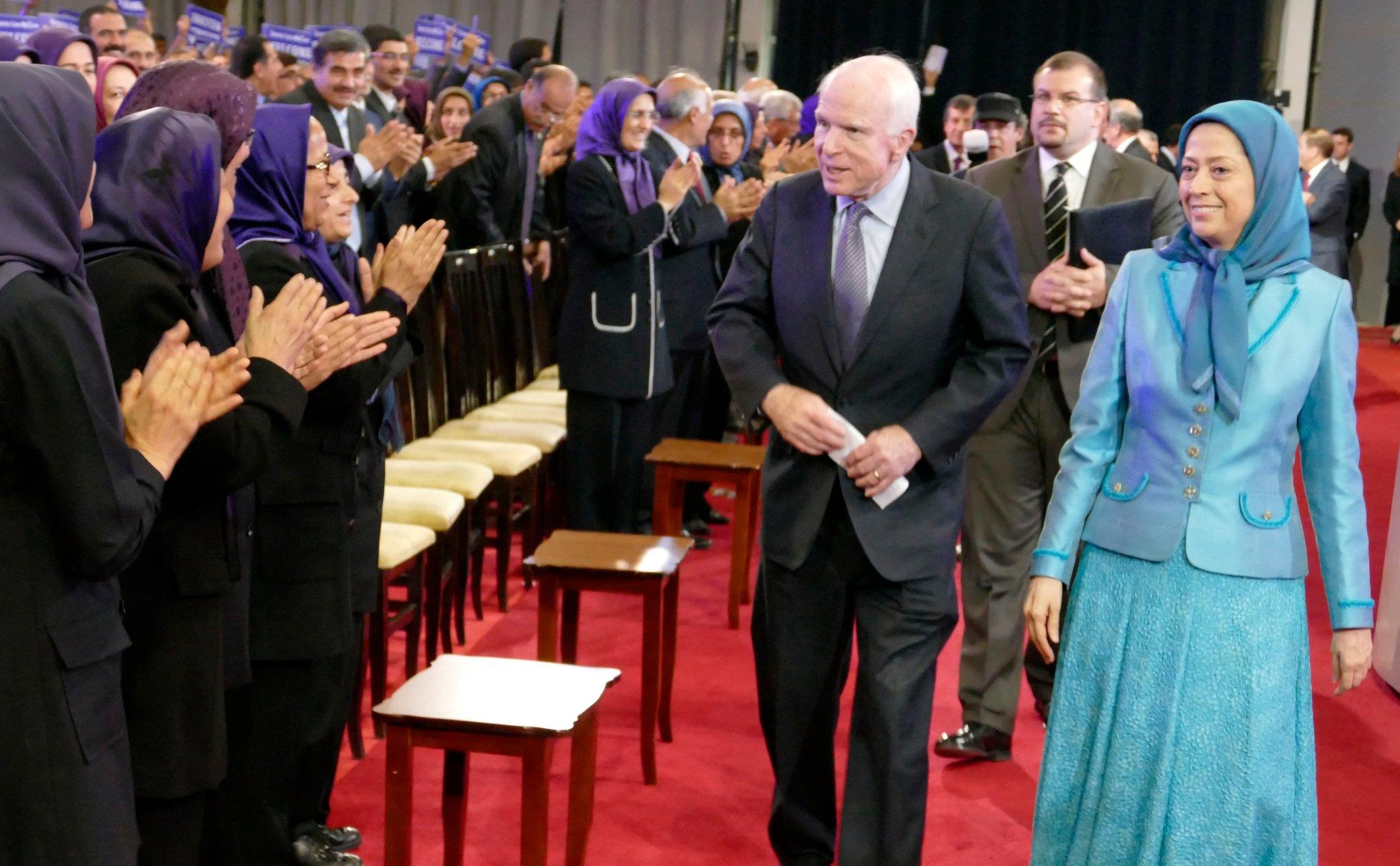 Friday, April 14, 2017, Senator John McCain, Chair of the U.S. Senate Armed Services Committee, met with Maryam Rajavi in Tirana. They discussed the latest developments in Iran, the Iranian regime’s criminal meddling in the region, as well as the future prospects.
Maryam Rajavi expressed her appreciations to Senator McCain for his unsparing efforts in support of the MEK from Ashraf and their relocation out of Iraq. She said, "Today, there is a general consensus in the region on the clerical regime’s destructive role and there is no doubt that the religious fascism ruling Iran is the prime source of war, terrorism and crisis in the region."
"Regime change is not only the need for ending brutal violations of human rights in Iran but to establish peace and tranquility in the region," she added. "As long as the clerical regime is in power, it would not give up export of terrorism and fundamentalism."
Senator McCain said he believed that the Iranian regime, Bashar Assad and Daesh were all interrelated and inseparable entities. He stressed on the need to oust Bashar Assad and to confront the Iranian regime’s destructive role in Syria and Iraq.
Maryam Rajavi noted, "All indications are that the clerical regime is at an impasse socially, politically, and economically and consequently is quite vulnerable. In the meantime, the Iranian people and Resistance are more determined than ever for the overthrow of the regime and establishment of democracy and popular sovereignty."
Prior to this meeting, Senator McCain was accompanied by Maryam Rajavi for a visit to one of the MEK headquarters in Tirana where he was warmly welcomed in the gathering of MEK members relocated from Ashraf to Albania.
Deputy Chief of the US Mission in Albania and a number of US Embassy staff in Tirana as well as a delegation of Senator McCain’s advisors accompanied him in this visit.
In her speech to the gathering, Maryam Rajavi praised Senator McCain for his efforts in support of the MEK members and said, "The relocation of PMOI members was a great achievement. Their persistence and sacrifices, coupled with international support made the relocation possible. You played a key role in the safe relocation of Camp Liberty residents and the people of Iran are grateful."
Mrs. Rajavi also underlined the Resistance’s resolve to continue their struggle to overthrow the clerical regime. She pointed out, "During the 2009 uprisings in Iran, while the Iranian people’s desire for freedom and democracy was brutally crushed, the US government unfortunately remained silent. But the Iranian people have never given up their desire for regime change. We are more determined than ever to establish freedom and democracy in Iran. As the regime is beset by deepening crises, we are closer than ever to achieving our goal."
On the recent developments in the region, Maryam Rajavi noted, "The Iranian regime is responsible for committing war crimes in Syria and it must be evicted from that country. Aside from its valuable humanitarian aspect, I believe this is the right policy from a merely political standpoint."
Senator McCain also addressed the MEK freedom fighters and congratulated them on their successful relocation from Iraq. He admired their perseverance and steadfastness despite suffering great losses. He said, "There is no doubt that the people in this room have suffered. They have suffered not only themselves but in the loss of their loved ones because of the Iranian tyranny, and I express my condolences to everyone in this room who has lost a loved one as a result of the Iranian tyranny and terrorism." He also expressed his appreciation to the government of Albania for their hospitality.

The Chair of the U.S. Senate Armed Services Committee told MEK members, "You have stood up and fought and sacrificed for freedom, for the right to live free, for the right to determine your own future, for the rights that are God given."
"I thank you for being an example, an example to the whole world, that those people who are willing to fight and sacrifice for freedom will achieve it, and you are an example to everyone in the world that is struggling for (freedom)," Senator McCain remarked.
Senator McCain lauded Maryam Rajavi’s leadership. He declared, "Someday, Iran will be free. Someday, we will all gather in that square."
Following the speeches, Maryam Rajavi presented a copy of the List of 20,000 PMOI Martyrs, Fallen for Freedom, to Senator McCain. She described the book containing only part of the overall 120,000 martyrs as "the greatest asset of the Iranian Resistance."
Senator McCain also met and talked with a number of MEK freedom fighters, former political prisoners, and members who had lost relatives under the Iranian regime about their personal experiences.