Amnesty International releases its Annual Report for 2016 to 2017. The report, The State of the World’s Human Rights, delivers the most comprehensive analysis of the state of human rights around the world, covering 159 countries. It says in part that in 2016, governments turned a blind eye to war crimes, pushed through deals that undermine the right to claim asylum, passed laws that violate free expression, incited murder of people simply because they are accused of using drugs, justified torture and mass surveillance, and extended draconian police powers.
Governments also turned on refugees and migrants; often an easy target for scapegoating. Amnesty International’s Annual Report documents how 36 countries violated international law by unlawfully sending refugees back to a country where their rights were at risk
The following is the section regarding the Country Iran:

Iran 19 executed in one week, including minors. iran the execution and stoning women country. AND Hassan Rohani a big faker and liar person

Iranian authorities heavily suppressed the rights to freedom of expression, association, peaceful assembly and religious belief, arresting and imprisoning peaceful critics and others after grossly unfair trials before Revolutionary Courts.
Torture and other ill-treatment of detainees remained common and widespread, and were committed with impunity.
Floggings, amputations and other cruel punishments continued to be applied. Members of religious and ethnic minorities faced discrimination and persecution.
Women and girls faced pervasive violence and discrimination. The authorities made extensive use of the death penalty, carrying out hundreds of Executions, some in public. At least two juvenile offenders were executed.

The government and the EU discussed initiating a renewed bilateral Human rights dialogue.

The UN Committee on the Rights of the Child conducted its third and fourth periodic review of Iran and criticized continued Executions of juvenile offenders, and the impact of public Executions on the mental health of children who witnessed them. The Committee also criticized continued discrimination against girls; children of religious and ethnic minorities; and the low age at which girls in particular become criminally liable. 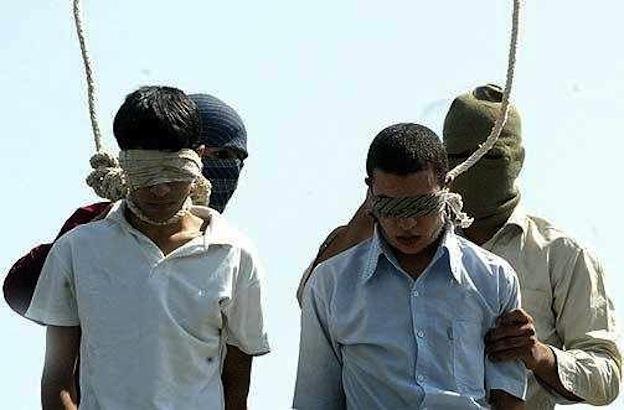 FREEDOMS OF EXPRESSION, ASSOCIATION AND ASSEMBLY

As the year closed, many prisoners of conscience undertook hunger strikes to protest against their unjust imprisonment, exposing the abusive nature of Iran’s criminal justice system. 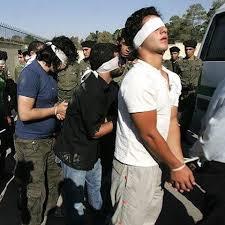 The Government Of Iran Arrests Nine Christians For Worshipping Christ

The authorities also cracked down on musical expression, disrupting and forcibly cancelling performances, including some licensed by the Ministry of Culture and Islamic Guidance; and repressed activities such as private mixed-gender parties that they deemed “socially perverse” or “un-Islamic”, arresting hundreds and sentencing many to flogging.

In February, a judicial order added WhatsApp, Line and Tango to the list of blocked social media sites, which already included Facebook and Twitter. The Cyber Crime Unit of the Revolutionary Guards blocked or closed down hundreds of Telegram and Instagram accounts and arrested or summoned for interrogation the administrators of more than 450 groups and channels in Telegram, WhatsApp and Instagram, including several hundred fashion designers and employees of fashion boutiques, as part of a massive crackdown on social media activities deemed “threatening to moral security”. 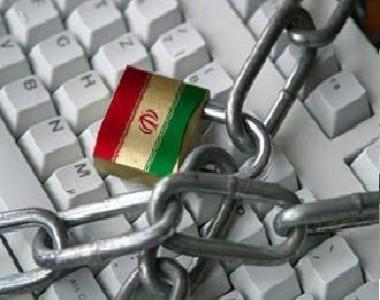 Here's how Iran censors the Internet

The suspended Association of Iranian Journalists addressed an open letter to President Rouhani urging him, unsuccessfully, to honor his 2013 election campaign pledge to lift its suspension, while 92 student groups urged the President to release universities from the grip of fear and repression. The authorities did not permit the Teachers’ Trade Association of Iran to renew its license, and sentenced several of its members to long prison terms on charges that included “membership of an illegal group” 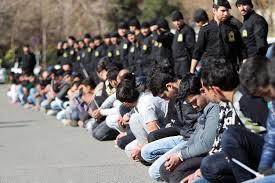 The authorities continued to suppress peaceful protests and subject protesters to beatings and arbitrary detention. Numerous individuals remained convicted of “gathering and colluding against national security” for attending peaceful protests.

A new Law on Political Crimes, which was adopted in January and took effect in June, criminalized all expression deemed to be “against the management of the country and its political institutions and domestic and foreign policies” and made “with intent to reform the affairs of the country without intending to harm the basis of the establishment”.

TORTURE AND OTHER ILL-TREATMENT

Torture and other ill-treatment of detainees remained common, especially during interrogation, and was used primarily to force “confessions”.
Detainees held by the Ministry of Intelligence and the Revolutionary Guards were routinely subjected to prolonged solitary confinement amounting to torture.

The authorities systematically failed to investigate allegations of torture and other ill-treatment, sometimes threatening to subject complainants to further torture and harsh sentences.
Judges continued to admit “confessions” obtained under torture as evidence against the defendant, although such confessions were inadmissible under the 2015 Code of Criminal Procedure.
The Code failed to set out the procedure that judges and prosecutors must follow to investigate allegations of torture and ensure that confessions were made voluntarily. Other provisions of the Code, such as the provision guaranteeing the detainee’s right to access a lawyer from the time of arrest and during the investigation stage, were frequently ignored in practice, facilitating torture. 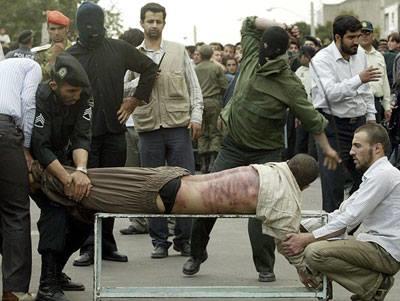 Judicial authorities, particularly the Office of the Prosecutor, and prison authorities frequently denied access to adequate medical care for political prisoners, including prisoners of conscience. This was often done to punish prisoners or to coerce “confessions”.

In June, detainee Nader Dastanpour died in custody as a result of injuries that his family said were inflicted during torture at a Tehran police station. No independent investigation was reported.

Judicial authorities continued to impose and carry out cruel, inhuman or degrading punishments that amounted to torture, including floggings, blindings and amputations. These were sometimes carried out in public.

In April, the Public Prosecutor of Golpayegan, Esfahan Province, announced that a man and woman convicted of “having an illegitimate relationship” had been sentenced to 100 lashes each. 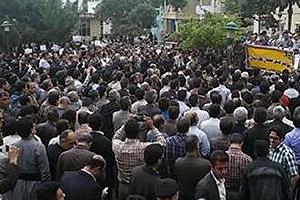 In May, the Public Prosecutor of Qazvin Province announced that the authorities had arrested 35 young women and men “dancing and mingling at a graduation party… while half-naked and consuming alcohol” and convicted them within 24 hours of engaging in acts “incompatible with chastity which disturbed the public opinion”.
The authorities carried out the 99-lash floggings to which they were sentenced at a special court hearing the same day.

In West Azerbaijan Province, authorities carried out flogging sentences of between 30 and 100 lashes against 17 miners who had engaged in a protest against employment conditions and dismissals at the Agh Darreh gold mine in 2014.
In June, a criminal court in Yazd Province sentenced nine miners to floggings ranging from 30 to 50 lashes. 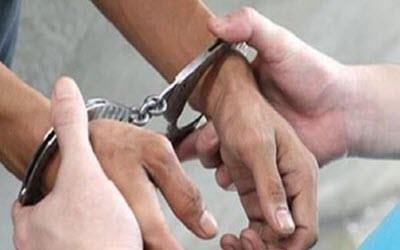 In July, an appeal court sentenced journalist and blogger Mohammad Reza Fathi to 459 lashes on charges of “publishing lies” and “creating unease in the public mind” through his writings.

In November, a man was forcibly blinded in both eyes in Tehran, in retribution for blinding a four-year-old girl in June 2009.
Several other prisoners including Mojtaba Yasaveli and Hossein Zareyian remained at risk of being forcibly blinded.
Doctors associated with the official Legal Medicine Organization of Iran provided the Supreme Court with “expert” advice on how the implementation of blinding sentences was medically feasible, an act that breached medical ethics.

In April, judicial authorities at Mashhad Central Prison amputated four fingers from the right hand and the toes from the left foot of a man convicted of armed robbery.

The same authorities amputated the fingers of another man convicted of robbery in May.
In August, a judicial official in Tehran announced that several men had appealed after they were sentenced to amputation of four fingers from one hand.
In December, judicial authorities at Urumieh Central Prison amputated four fingers from the right hands of two brothers convicted of armed robbery.

Trials, including those resulting in death sentences, were generally unfair. The judiciary was not independent.
The Special Court for the Clergy and the Revolutionary Courts remained particularly susceptible to pressure from security and intelligence forces to convict defendants and impose harsh sentences.

Officials exercising judicial powers, including from the Ministry of Intelligence and Revolutionary Guards, consistently flouted due process provisions of the 2015 Code of Criminal Procedure.
These included provisions protecting the right to access a lawyer from the time of arrest and during investigations and the right to remain silent.
Defense lawyers were frequently denied full access to case files and prevented from meeting defendants until shortly before trial.
Pre-trial detainees were frequently held in prolonged solitary confinement, with little or no access to their families and lawyers.
“Confessions” extracted under torture were used as evidence at trial. Judges often failed to deliver reasoned judgments and the judiciary did not make court judgments publicly available. 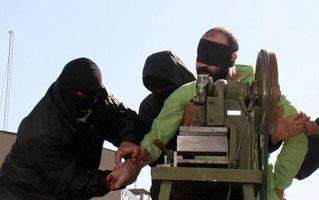 The Office of the Prosecutor used Article 48 of the Code of Criminal Procedure to prevent detainees accessing lawyers of their own choosing, telling them that they were not on the list of lawyers approved by the Head of the Judiciary, even though no official list had been issued.

Several foreign nationals and Iranians with dual nationality were detained in Tehran’s Evin Prison with little or no access to their families, lawyers and consular officials.
These prisoners were sentenced to long prison terms on vague charges such as “collaborating with a hostile government” after grossly unfair trials before Revolutionary Courts.
The authorities accused the prisoners of being involved in a foreign-orchestrated “infiltration project” pursuing the “soft overthrow” of Iran. In reality, the convictions appeared to stem from their peaceful exercise of the rights to freedom of expression and association.