Increased number of Revolutionary Guard’s commanders who are deployed to Syria are getting killed daily in combat.
Ali Khamenei regime’s supreme leader said in a meeting with the families of the victims on Tuesday 1 Nov. 2016 that “we are particularly proud of those killed defending the holy places in Syria.” 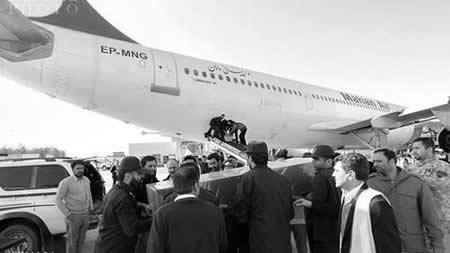 Khamenei also made some comments on Wednesday 2 November on regional issues which has turned into a subject of regime’s internal dispute these days. “Some people say let’s go negotiate with this same United States on issues like Syria, Hezbollah in Lebanon, Iraq, Afghanistan, Yemen and even the country’s internal issues so as to reach a compromise! But our negotiations with the United States is not going to solve our problems. In fact, it not only won’t solve our problems but it will increase them”, said Khamenei. 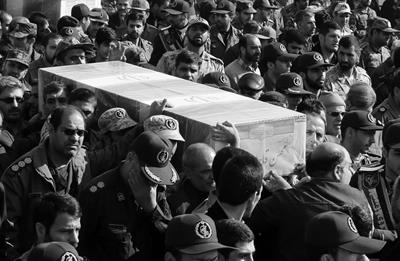 The comments by Khamenei are made at a time when Rafsanjani has recently stated that “Hezbollah has been involved in Syria and its forces have got into trouble. Currently, the situation in the region is too bad and we are spending on it.”
Also the Iranian regime’s former Deputy to the Ministry of Interior acknowledged that defending holy shrines in Syria is only an excuse for waging war against the Syrian people. In an interview with an state media, Mostafa Tajzadeh said that “we are accused of killing the Syrian people and seeking sectarianism, our reputation has been hurt and we go deeper in the Syrian quagmire every day.”
Tajzadeh was forced to acknowledge that Khamenei’s intervention as well as Bashar Assad’s crimes (in Syria) have empowered ISIS. “Some of the Islamic Republic’s policies in the past few years especially with regard to Syria have been wrong, helping ISIS rise to power.”
Mostafa Tajzadeh acknowledged the regime’s political failure and added: “the sad thing is that despite spending so much , the Islamic Republic is not allowed to participate in the major decision-makings over the future of Syria. All the parties involved meet and make decisions, except us. Even in this regard, (the regime) has been humiliated in the Syrian crisis.”