DUBAI, United Arab Emirates (AP) August 29, 2016 — The scratchy, echo-filled tape recording carries the voice of a man who once was in line to become Iran's supreme leader, talking about one of the darkest moments of the country's post-revolution history still not recognized by its government. 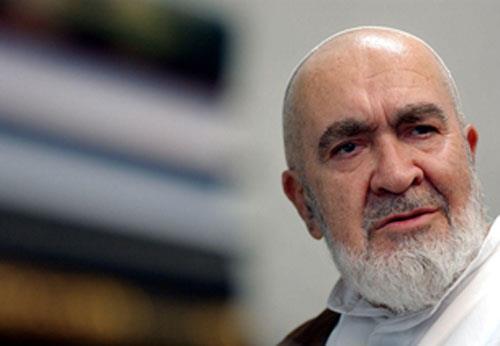 The recording has Mr. Montazeri condemning Iran's execution of thousands of prisoners at the end of the country's bloody war with Iraq in 1988. He warns those gathered they've committed "the biggest crime in the history of the Islamic Republic," while criticizing them for misleading the country's then-ailing supreme leader, Khomeini. 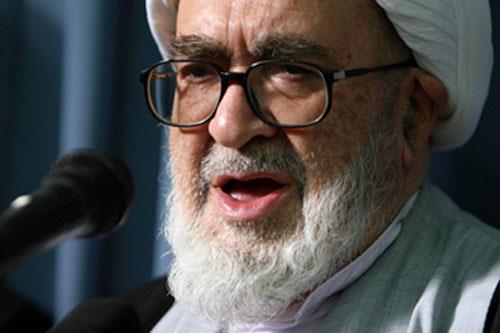 The criticisms by Montazeri, who lived for years under house arrest and died of natural causes after Iran's disputed 2009 presidential election, long ago surfaced in his own memoirs and writings. But the furor ignited by the release of the tapes by his family this month expose the lingering, unhealed wounds of the chaotic years that followed Iran's 1979 Islamic Revolution, as well as politics now at play in the greater Middle East.
"All advice and criticism from my father was for saving the ruling system — which he had paid so much for," his son, Ahmad Montazeri, recently wrote online.In 1985, Montazeri was selected as Khomeini's successor. But Montazeri's calls for the loosening of clerical control in Iran drew the ire of hard-liners -- and then came the executions.
They happened at the end of Iran's long war with Iraq, which began when Saddam Hussein invaded in 1980. By 1988, 1 million people had been killed in a conflict that featured trench warfare, Iranian human-wave attacks.
In July 1988, Khomeini accepted a U.N.-brokered cease-fire, calling it "more deadly to me than poison.
During the summer of 1988, political prisoners and supporters of the PMOI/MEK were asked to identify themselves. Those who responded "mujahedeen" were sent to their deaths, while others were questioned about their willingness to "clear minefields for the army of the Islamic Republic," according to a 1990 Amnesty International report.
International rights groups estimate that as many as 5,000 people were executed, while the MEK puts the number at 30,000. Iran has never fully acknowledged the executions, carried out on Khomeini's orders, though some argue that other top officials were effectively in charge in the months before his 1989 death.
This month, a website run in Montazeri's honor by his family released the audio. In it, the ayatollah apparently addresses prosecutors, a judge and an intelligence official over the executions, warning they will tarnish Khomeini's image.
"I believe that the biggest crime in the history of the Islamic Republic, which will be condemned by history, happened by your hands," Montazeri says.
He goes on to say that "fighting against ideology with killing is totally wrong.
Shortly after the audio's release, the website took it down. By that point, however, the clip had circulated online as Farsi-language media began reporting on it, sparking criticism of Montazeri's family for releasing it.
"My motivation for publishing this file, as I said for several times to many media, was to defend the truth and innocence of Ayatollah Montazeri," his son, Ahmad, recently wrote.
The audio now has found its way into the wider conflict between Shiite power Iran and Sunni-ruled Saudi Arabia.
Saudi Arabia severed diplomatic ties with Iran over the attacks on two Saudi diplomatic posts, though relations already were strained by the countries supporting opposing sides in Syria's long war and the conflict in Yemen. 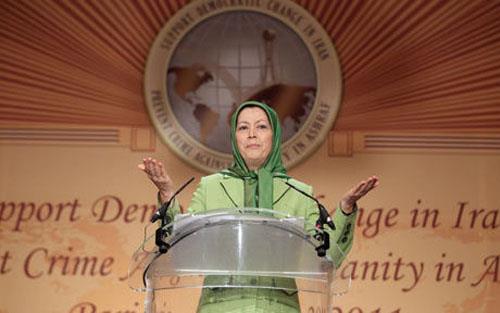 In the time since, state television in Saudi Arabia, repeatedly has aired a program about the 1988 executions in Iran, complete with a graphic of a figure hanging from the Iranian flag. It's also aired video of Maryam Rajavi, the leader of the MEK's political arm, throwing flower petals at pictures of those killed in the 1988 executions at an exhibition in Paris. 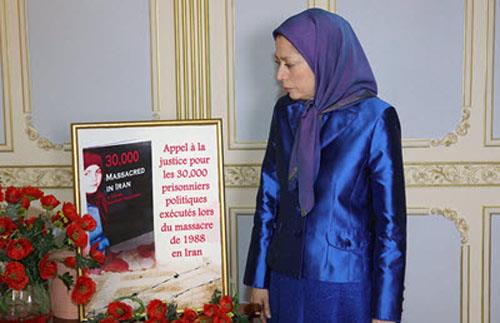 Prince Turki al-Faisal, Saudi Arabia's former intelligence chief, appeared in July at a conference in Paris by the National Council of Resistance of Iran, the political affiliate of the MEK, which Rajavi leads. 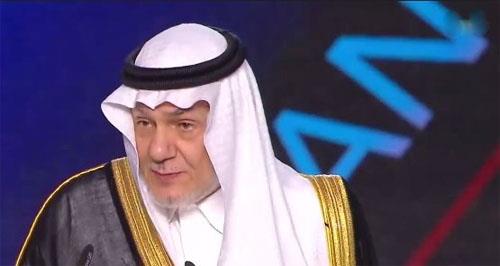 Al-Faisal's involvement at the lavish ceremony brought a swift rebuke from Iran and raised questions about Saudi Arabia's possible support of the group, 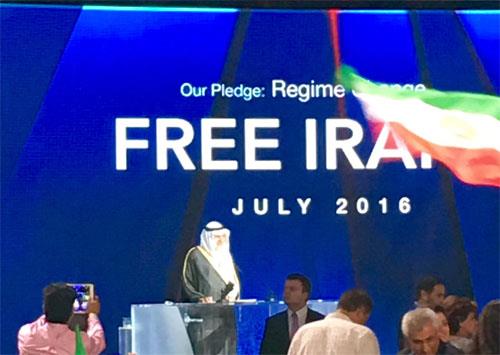 Asked about Saudi Arabia's interest, the MEK said in a statement it "has not received financial help from the Saudi government or from any other government." But it added that the real war gripping the Mideast is "between the religious fascism ruling Iran on the one hand and the people of Iran and countries in the region on the other."