The UN should investigate the 1988 massacre in Iran

In the summer of 1988, thousands of political prisoners in Iran were systematically executed in a matter of a few months. 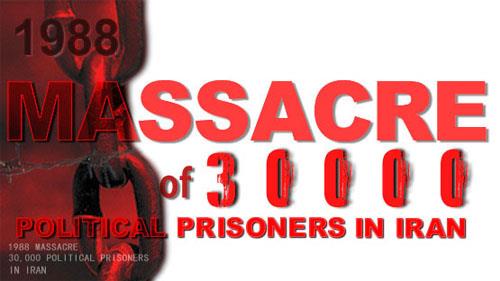 The killings were not only horrific in scale, but remains shrouded in mystery with the regime blocking all attempts to investigate the extent of the massacre. Now a new audio tape has revived calls for an investigation into this massacre, and renewed focused on Iran's ongoing execution of dissidents.
The audiotape, released earlier this month is a recording of Ayatollah Hossein Ali Montazeri, once Khomeini's heir apparent, and brings to light his own adamant opposition to the massacre, as well and his belief that history would not look kindly on the killings that took place in the summer of 1988. Montazeri, who passed away in 2009, is heard on the audio tape chastising the four officials in charge of the mass executions, “In my opinion, the greatest crime committed during the Islamic Republic, for which history will condemn us, has been committed by you.” 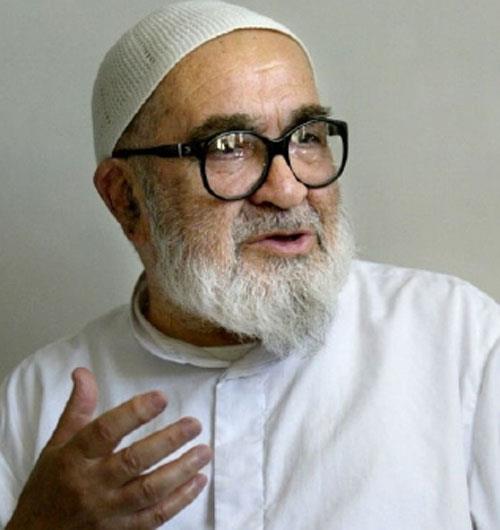 Montazeri also voiced his opposition to the killings at the time, writing several letters to then then Supreme Leader Khomeini. As a result, he lost his designation as Khomeini's successor, but maintained that he made the correct choice throughout his life. On the audiotape Montazeri is heard stating that he was compelled to speak out in order to have an answer on "judgment day" and that the massacre remained on his mind long after it was carried out. “I haven’t been able to sleep and every night it occupies my mind for two to three hours … what do you have to tell to the families?”
What concerned Montazeri, and ultimately destroyed any semblance of justice and legitimacy in the Islamic Republic was not only the scale of the killings, but the manner and nature in which they were carried out. Families who had waited for the release of their loved ones were instead instructed to pick up the belongings of their deceased relatives, many of whom were buried in unmarked mass graves.  Virtually all of the victims had been sentenced to prison terms, or in many cases they had completed their sentences.
The orders for the systematic execution of dissidents came from Khomeini himself, in the form of a fatwa (religious edict). His intention was to purge the country of any opposition, notably the main dissident organization, the People’s Mojahedin of Iran (PMOI/MEK). Khomeini's fatwa set up the so-called "death commissions" which were tasked with vetting the ideological standing of prisoners. Many prisoners were only questioned for a few minutes by the commission. Those refusing to renounce their affiliation with the MEK were sent to the gallows. 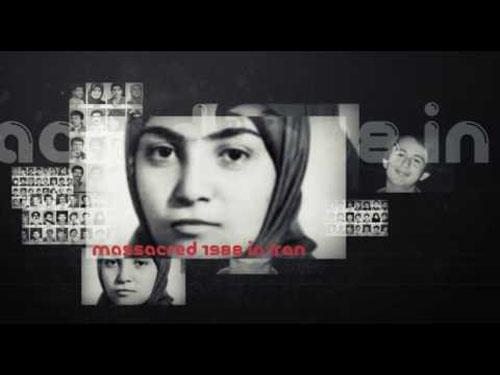 According to testimony given to United Nations human rights rapporteur, Kamal Afkhami Ardekani, a former Evin prison employee described the massacre thus: “They would line up prisoners in a 14-by-five-metre hall in the central office building and then ask simply one question, ‘What is your political affiliation?’ Those who said the Mojahedin would be hanged from cranes in position in the car park behind the building.”
Amnesty International has noted that 25 years after the massacre, the regime continues to suppress any information about the killings, arresting family members who dare to speak out or visit mass graves at the Khavaran cemetery. The trauma has been passed on to the younger generation as well.
The massacre served the regime's short term and long term interests of legitimization and survival through violence and terror. Ironically, 28 years later, the regime is neither any more legitimate nor stable. And it has failed to eliminate the MEK, because in the words of Montazeri, “The Mujahedin-e Khalq are not simply individuals. They represent an ideology and a school of thought. They represent a line of logic. One must respond to the wrong logic by presenting the right logic. One cannot resolve this through killing; killing will only propagate and spread it”
The statements by Montazeri have once again reminded Iran of its past, and should remind the world of the true nature of this regime. Those involved in the massacre still occupy senior positions within the regime, including Mostafa Pourmohammadi, who questioned many of those put to death in 1988 and now serves as justice minister in the "moderate" government of Hassan Rouhani.
It is not a coincidence that Iran continues to execute individuals in public, and leads the world in per capita executions. Nearly 2,700 people have been executed during Rouhani’s tenure, with another 4,500 on death row, according to regime officials. Dissidents and prisoners of conscience in Iran remain at risk of execution while the international community has remained largely silent.
It is time that the world demands justice for the victims of the 1988 massacre, and holds the regime accountable for breaches of international law and crimes against humanity.

A report on the massacre prepared by human rights barrister Geoffrey Robertson notes, “the killings compare with the 1995 massacre at Srebrenica in terms of the vulnerability of the victims, and they exceed it when measured by the cold-blooded calculations made at the very pinnacle of state power.”   Robertson points out that the evidence of international crimes committed by the regime during the massacre are such that the 1948 Genocide Convention imposes a duty to investigate the massacre.
The United Nations Security Council should heed the call by Robertson to invoke its Chapter VII powers to establish an international court and prosecutor to fully investigate the massacre and hold the perpetrators accountable. International obligations and human rights laws must be effectual and enforceable if they are to have meaning. The people of Iran deserve to know the truth about what happened in 1988, and the victims of this massacre deserve justice.