On August 7, the Iranian judiciary spokesman confirmed the execution of Shahram Amiri, a prominent Iranian nuclear expert. Amiri had defected to the US in 2009, only to return to Iran a year later after his family was taken hostage by the regime.
Amiri’s execution followed the en masse hanging last week of at least two dozen Sunni dissidents in Gohardasht prison (west of Tehran), including prominent prisoner of conscience Shahram Ahmadi. The executions came on the anniversary of the massacre in 1988 of 30,000 political prisoners, a vast majority affiliated with Iran’s main opposition movement, the Mujahedin-e Khalq (MEK), based on a fatwa (religious decree) by then-Supreme Leader Khomeini.
Relatives were reportedly asked to come to the prison to say their final goodbyes, but upon arrival were instead directed to a morgue to collect the bodies of the victims.
The executions mark a continued policy by the regime in Iran which systematically targets political dissidents and ethnic minorities in a campaign of brutality and terror.
At least 36 Sunni prisoners were transferred to await execution, and reports indicate that at least 21 prisoners were executed on Tuesday. Some reports state that the total may be as high as 29. Sunni prisoners in Gohardasht have reportedly gone on hunger strike to protest the executions.
30-year-old Ahmadi was an ethnic Kurd and Sunni activist in Iran, and was arrested in 2009. In an interview with Voice of America, Ahmadi disclosed that he had been in solitary confinement for a period of 33 months. Throughout his ordeal Shahram maintained his innocence and denied the charges against him. In one of his last interviews, he discussed his refusal to confess and stated:
“They executed my brother, I have nothing left to lose, the truth is that I am innocent, and I do not want people to not know that I am innocent before I am executed.” 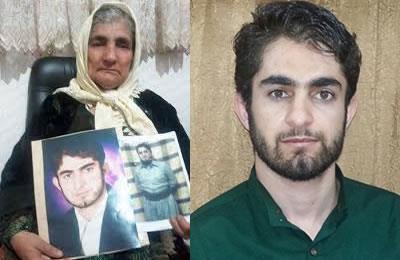 According to Amnesty International, Ahmadi spent nearly three years in pretrial detention without access to counsel or communication with his family. During this period, Ahmadi was routinely tortured and forced to “confess” his crimes. His trial reportedly lasted 5 minutes, after which he was told that he was sentenced to death for “enmity against God” (moharebeh) for his alleged membership with a Sunni Salafi group, a charge which he denies.
In November of 2015 a source close to Shahram was quoted as stating, “Unfortunately, Judge Moghisseh said that Shahram’s first two crimes are that he’s a Sunni and a Kurd. Therefore, he was presumed guilty from the start.”
Shahram’s younger brother, Bahram was arrested in 2009 and was part of a larger group of nine other Sunni Kurdish men who were sentenced to death in February of 2011 for “enmity against God,” a routine charge for prisoners of conscience in Iran. He was executed in 2012. According to his family, Bahram was arrested when he was only 17 years old. Iran remains one of the few countries in the world that continues to execute juvenile offenders.
Kurds, who are one of Iran’s many minorities, continue to face discrimination in the enjoyment of their religious, economic and cultural rights. According to a 2012 report by Minority Rights Group International, Kurdish properties are confiscated at a higher rate than those of other ethnic groups and there is pervasive governmental neglect in the Kurdish regions of northwest Iran.
The regime in Iran has long targeted ethnic and religious minorities, particularly those who have fought for their own self-determination against this regime. This includes ethnic minorities such as Kurds, Baluch and Arabs who also happen to be Sunni Muslims. These minorities are often denied the ability to express their cultural and ethnic identities, and face institutional discrimination and repression in all levels of Iranian society.
Human rights organizations maintain that those charged with political offenses in Iran are often denied due process and subjected to torture in order to induce forced confessions. Some 2,600 ordinary Iranians and dissidents have been executed, many in public, during the so-called "moderate" president Hassan Rouhani's term and In 2015 Iran led the world in per capita executions.
The Iranian opposition leader Maryam Rajavi strongly condemned the mass executions as a “crime against humanity” and urged “the UN Human Rights Council and the UN Security Council to end their silence and bring the record of the Iranian regime's crimes before the International Criminal Court.”
Mrs. Rajavi reiterated, "Ali Khamenei and other leaders of the regime, as well as direct perpetrators of these crimes, must be brought to justice.”