The shadowy Iranian Quds Force commander Qassem Suleimani recently visited Moscow to meet with senior Russian leaders, according to two Western intelligence sources, despite a travel ban and U.N. Security Council resolutions barring him from leaving Iran.
On July 24, one week before Secretary of State John Kerry testified to the Senate Armed Services Committee and faced questions about the newly struck nuclear deal, Suleimani arrived in Moscow for meetings with Russian Defense Minister Sergei Shoigu and President Vladimir Putin. It was not immediately clear what the Iranian leader discussed, but the revelation comes as the United Nations and European Union arms embargo against Iran is slated to be lifted in five years as part of the comprehensive nuclear agreement announced in July from Vienna.
Suleimani was first designated a terrorist and sanctioned by the U.S. in 2005 for his role as a proliferator of weapons of mass destruction (WMD). In October 2011, the U.S. Treasury Department tied Suleimani to the failed Iranian plot to assassinate the Saudi ambassador to the United States at a popular restaurant in Washington, D.C. The Quds Force is the special forces external wing of the Iranian Revolutionary Guard, responsible for supporting terrorist proxies across the Middle East. It reports directly to Iran’s Supreme Leader Ali Khamenei.

Suleimani is increasingly being recognized as a key player and point person as Iranian influence in the region grows, despite assurances from Kerry and others that Suleimani and the Quds Force will continue to face sanctions from the U.S. Treasury after U.N. sanctions are lifted against Suleimani as part of the nuclear deal.

Suleimani arrived in Moscow on Air Iran flight #5130, a commercial flight from Tehran, at 6:50 a.m. on July 24, a Friday. He left Moscow the following Sunday, July 26, at 10:25 p.m. on flight #5120, according to Western intelligence sources.
U.N. sanctions have not yet been lifted against Iran, and Suleimani, as head of the Iranian Quds Force is sanctioned as part of Security Council Resolution 1747. He is prohibited to travel, and any country that lets him transit or travel is defying the sanctions. (Russia is a permanent member of the Security Council and would have been aware of this restriction when meeting with him.) 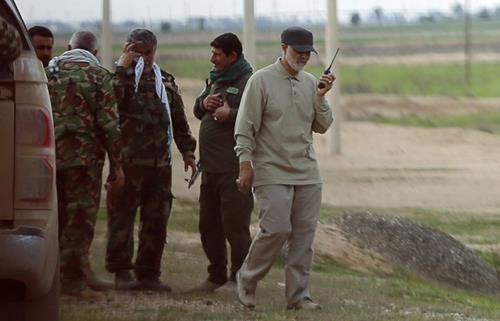 Suleimani has been photographed during recent battles against the Islamic State in Iraq leading troops and advising Iranian backed Shia militias, most notably in the battle for Tikrit in March.
Apart from his official meetings in Moscow, Suleimani reportedly had some "fun time" built into his schedule that involved Russian entertainment. 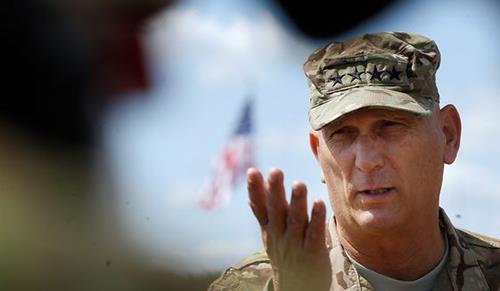 Outgoing U.S. Army Chief of Staff Gen. Ray Odierno characterized the Iranian general in an exclusive exit interview with Fox News: "Qassem Suleimani is the one who has been exporting malign activities throughout the Middle East for some time now. He’s absolutely responsible for killing many Americans, in fact I would say the last two years I was there the majority of our casualties came from his surrogates, not Sunni or Al Qaeda."

Sen. Tom Cotton, R-Ark., a former Army infantry officer, asked Marine Corps Gen. Joseph Dunford, the next chairman of the Joint Chiefs of Staff, at his confirmation hearing how many Americans were killed by Iranian-backed forces under the command of Suleimani. 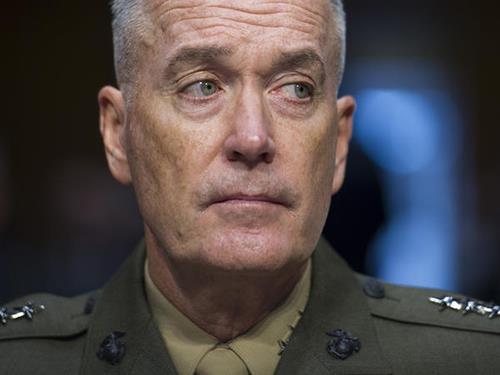 "The number has been recently quoted as about 500. We weren’t always able to attribute the casualties we had to Iranian activity, although many times we suspected it was Iranian activity even though we didn’t necessarily have the forensics to support that," Dunford said to lawmakers on July 15.
Cotton then asked Kerry on July 29, five days after the Iranian leader’s Moscow visit, about Suleimani receiving sanctions relief.
Kerry responded: "Under the United States’ initiative, Qassem Suleimani will never be relieved of any sanctions."