Source: The Hill, By Soona Samsami
Much is being made inside the Beltway about the appointment of Hamid Abutalebi as Iran’s next ambassador to the United Nations. The emissary to the world’s highest authority on human rights is accused--by several of the former American hostages who were held in Tehran after the 1979 Revolution no less--of taking an active role in their abduction and brutal captivity. Sadly, this revelation is merely the most recent and most public exposure of the true face of the Iranian regime, whose mask of “moderation” is beginning to crumble. 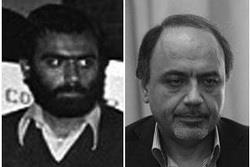 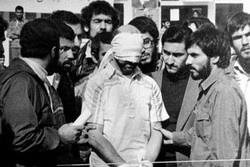 Abutalebi was a key member of the student group, known as “the followers of the Imam’s Line” that stormed the U.S. Embassy in Tehran and held 52 Americans hostage for 444 days. Although he has insisted that his role was limited to translation and negotiation, many U.S. lawmakers from both sides of the aisle have described Abutalebi as a terrorist and a key conspirator in the hostage crisis. The U.S. Senate and House of Representatives have both voted to bar Abutalebi from setting foot in the U.S.
It apparently took quite some time for Abutalebi to become the “moderate” that the regime has paraded him as. He was also an active participant in the 1993 assassination of Mohammad Hossein Naghdi, the representative in Rome of Iran’s parliament-in-exile, the National Council of Resistance of Iran (NCRI). 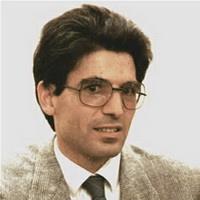 In the early hours of March 16, 1993, Mr. Naghdi was assassinated in the streets of Rome by two assailants on his way to his office. Naghdi was formerly the Charge d’Affaires of Tehran in Rome (the most senior Iranian diplomat in Italy at the time). He defected in April 1982 in protest against a wave of executions and the intensifying suppression of political dissident in Iran. He joined the NCRI and played an instrumental role in exposing the atrocities and nefarious geopolitical intentions of the mullahs, and in promoting recognition of the Iranian resistance in Italian political circles.
Naghdi’s assassination was one in a series of killings of Iranian dissidents outside of Iran under the presidency of Akbar Hashemi Rafsanjani. Other targets included Dr. Kazem Rajavi, the NCRI’s representative in Geneva, who was shot to death in broad daylight in April 1990. Rajavi was also Iran’s first ambassador to the UN in Geneva following the overthrow of the Shah, and, like Naghdi, had resigned to join the resistance in protest against the mullahs’ crimes. Iranian Kurdish leaders ware assassinated in July 1989 and in September 1992 in Vienna and Berlin by death squads dispatched by Iran.
During an investigation into Naghdi’s assassination by the Italian Police, Abolghassem Mesbahi, the head of the Western European Branch of the Ministry of Intelligence and Security (MOIS), gave authorities the name of the man who organized and oversaw the hit on Naghdi: Hamid Abutalebi; slated to be Iran’s ambassador to the United Nations.
Hamid Abutalebi knew Naghdi personally, and was in fact the regime’s ambassador in Rome from 1988 to 1992. According to the Italian investigation, Abutalebi began planning the hit during his tenure in Rome. The police also showed that at the time of the murder, Abutalebi was in Italy, under an alias.

He is not the only example of a senior Iranian official in Rouhani’s inner circle who was involved in brutal political violence. Look at Rouhani’s pick for Minister of Justice: Mostafa Pour-Mohammdi, who compiled a breathtaking and well-publicized record of mass murder during his tenure as an Intelligence Ministry official from 1987 until 1999. Sitting on a three-member “Death Commission,” Pour-Mohammadi was directly involved in the mass executions of thousands of imprisoned Iranian dissidents in 1988, the extrajudicial assassinations of political opponents abroad and the unlawful killings of dissidents within Iran’s borders.
The appointments of Abutelabi and Pour-Mohammedi stand in stark contrast to the public image that Rouhani has tried to project to the West as he seeks relief from the sanctions that have crippled the country and endangered the clerical regime he serves. But we should not be surprised; Rouhani himself has quite the checkered past. In his past role as Iran’s nuclear negotiator, Rouhani famously misled his western counterparts to buy time for the regime to continue enrichment and shamelessly bragged about it.
What has contributed to the Iranian regime’s brazen appointment of a hardcore terrorist as its ambassador-to-be to the United Nations is the feckless Iran policy pursued by the United States. Now, amid yet another round of nuclear talks, the true colors of the new regime in Iran are bleeding through the façade. The administration did the right thing by listening to the vociferous Congressional rebuke of Abutalebi. It should now see Rouhani for what he is and stand firm against the Iranian regime.