EU Reporter, January 24, 2018 - In an official visit to the Parliamentary Assembly of the Council of Europe (PACE) in Strasbourg, France, on Wednesday, (24 January), Maryam Rajavi, president-elect of the National Council of Resistance of Iran (NCRI) rebuked Europe’s silence and inaction vis-à-vis the Iranian regime’s brutal crackdown and mass arrests of thousands of unarmed protesters, as well as torturing detained protesters to death.
She said that such a muted reaction undercuts many of Europe’s fundamental commitments and principles, including the European Convention on Human Rights.

Several political groups of PACE invited the prominent Iranian opposition leader to address their official meetings, including the Council’s largest political group, European People’s Party (EPP), the Alliance of Liberals and Democrats for Europe (ALDE), and the Unified European Left (UEL).  Mrs. Rajavi also met and held talks with several senior officials of the Council.
In her remarks, Mrs. Rajavi urged the Council of Europe and its member states to adopt effective measures and binding decisions to compel the religious dictatorship ruling Iran to release the prisoners detained during the uprising, uphold freedom of expression and association, end repression and abolish the compulsory veil against women. 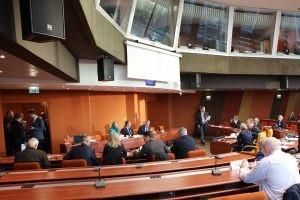 “Thirty-nine years of bloodshed, atrocities, discriminations against, and subjugation of, women, and censorship is enough,” Mrs. Rajavi said, adding, “The International Community in general and Europe in particular must end their silence and inaction.”
She stressed, “Expressing concern is not enough. Europe’s inaction sends the wrong signal to the brutal dictatorship in Iran that it can continue its crimes against the Iranian people with impunity.”
Rajavi’s invitation to the European institution came in the aftermath of a popular uprising that began on December 28, 2017 and shook the Iranian regime to its foundations. According to the network of the Mujahedin-e Khalq (MEK), the NCRI’s main constituent group, the protests rapidly spread to 142 cities in Iran’s 31 provinces.
In his speech on January 9, Iran’s Supreme Leader Ali Khamenei said, “These incidents had been organized and that the MEK implemented the plans,” adding, “The MEK had prepared for this months ago and its media outlets had called for it.”
According to Mrs. Rajavi, the security forces shot dead dozens of protesters and arrested   at least 8,000 people. 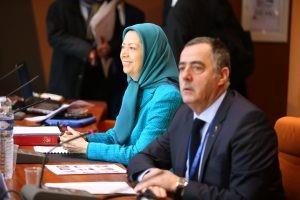 “Every day, we learn of another prisoner killed under torture, but Tehran’s henchmen preposterously claim that they committed suicide while in detention. A number of youths are missing, and their families   know nothing about their whereabouts. Making mass arrests, opening fire on unarmed protesters, and torturing prisoners to death, are clear examples of crime against humanity,” the NCRI’s president-elect said.
Mrs. Rajavi called for the formation of an international commission of inquiry to investigate the deaths, detentions, and disappearances of Iranian protesters and those murdered in the prisons. She said the regime must be compelled to allow this delegation to visit the prisons in Iran and speak to those detained and their families.
She described the situation in Iran as “a powder keg” and stressed that the protests were continuing throughout the country.
Mrs. Rajavi emphasized, “The regime is doomed to fall, and the Iranian people are determined to continue their struggle to topple the religious dictatorship and establish freedom.” 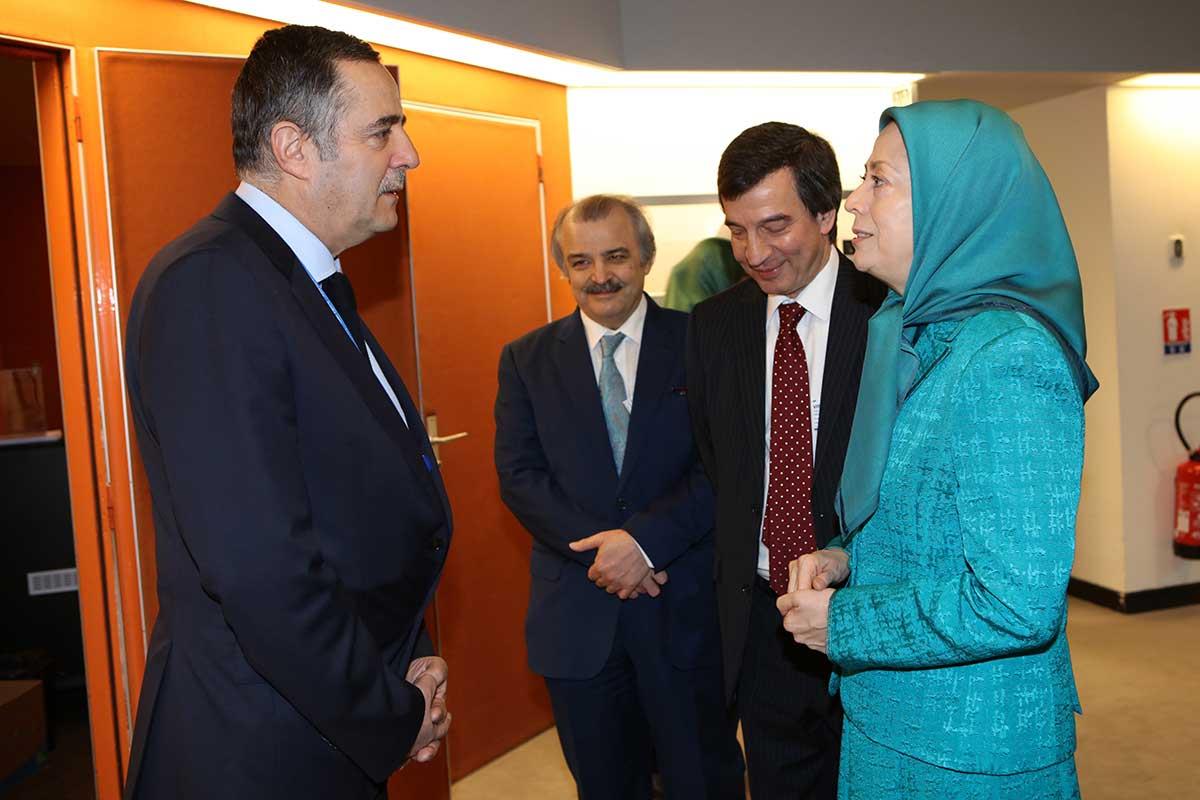 She urged the Council of Europe to stand with the Iranian people and hold the regime accountable for opening fire on protesters and torturing them to death.”
Mrs. Rajavi reiterated, “The Iranian people’s nationwide uprising made it palpably clear that the religious fascism ruling Iran is devoid of legitimacy and   of any future. Investing in this regime is doomed to fail. All diplomatic and economic relations with the Iranian regime must be halted. Iran’s rulers must face comprehensive sanctions for decades of crimes against humanity. Doing business with this regime will only strengthen its killing machine and contribute to its export of war and terrorism.”

The PACE is the parliamentary arm of the Council of Europe, a 47-nation international organization dedicated to upholding human rights, democracy, and the rule of law.