Baghdad Post, January 08 2018 - Different from any previous protests, the ongoing youth-led protests in Iran has shed light on the wide gap between the young Iranians and the Mullah regime, which ignored their legitimate demands for too long. It also has proven that the country’s leader Ali Khamenei’s days in power are counted, with observers predicting the protests will grow stronger within the few coming days.

Iran’s protesters are determined to continue staging protests until the regime is overthrown. Neither government reshuffle, removal of ministers nor reform will make them change their minds. They will not accept any compromises, observers added.

What makes observers’ remarks credible is a report published in The Times on Sunday. The British newspaper cited testimonies of protesters that echoed observers’ speculations and revealed reasons behind the protests that they have been organizing since December 28. 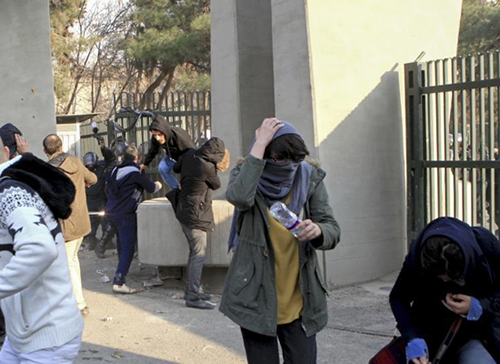 Mariam, 28, a web designer in Tehran, though she was in the vanguard of the Iranian protest movement. As a student, she took part in demonstrations in 2009 and was arrested.
But when protests erupted in cities and towns across the country, she was caught by surprise. “People were coming out in the streets in places I’d never even heard of and saying things we never imagined,” she said.

Shayan, 29, a Tehran University graduate who has been out protesting each night, agreed. “This time people are not calling for reform but the rejection of the whole system,” he said. “It’s completely different from 2009. There’s not one slogan about reform. The game is over.”

The protests are more widespread and much angrier than that of the Green Movement in 2009, with protesters prepared to risk everything by denouncing Khamenei.

“Iran is basically the rulers and the ruled and these are at the bottom end of the ruled and really have nothing to lose,” said Ali Ansari, professor of Iranian history at St Andrews University.

Many feel that in spite of promises by Iranian President Hassan Rouhani, the nuclear accord signed with the West in 2015 has benefited only a few.

The cost of living has risen and unemployment is high. Rouhani’s budget last month cut handouts to millions of families and raised petrol prices by 50%.

It allocated billions of dollars to the Iranian Revolutionary Guards Corps (IRGC) — the military guardians of the 1979 revolution — as well as to religious foundations enriching the clerical elite and to the regime’s overseas operations such as in Syria. A 40% rise in the price of eggs appears to have been the last straw. 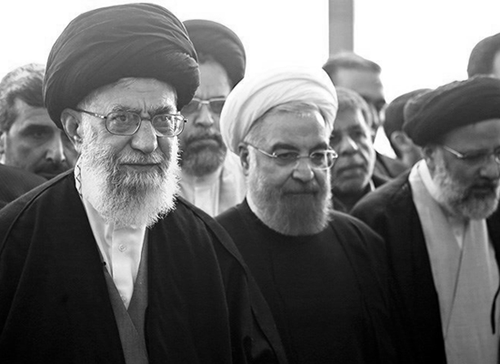 Protests began in Mashhad 12 days ago. Soon people were out on the streets in more than 60 towns. “It was as if someone lit a fuse and the fire spread very quickly,” said Sanam Vakil of the Chatham House think tank. “I’ve never seen anything like this.”

The regime denounced protesters as foreign puppets. According to activists, more than 2,500 were arrested and 40 killed, including an 11-year-old boy.

“The West talks of Rouhani as moderate but we have to remember he comes from the heart of the security establishment,” Ansari said.

“I suspect we will see further bouts of this throughout the year,” Ansari added. “This is a political system on life support.”

In their attempt to quell anti-government protests, the Iranian authorities have detained dozens of students, according to Iranian MPs.

Mahmoud Sadeghi, a reformist MP, was quoted by the Iranian labor news agency as saying that around 90 students have been detained with at least 10 unaccounted for.

According to Reuters, Iran has several parallel security bodies and arrests are often not immediately announced. Videos that have appeared on social media in recent days showed relatives of detainees gathering outside prisons in search of their loved ones.

Although some of the students were not involved in the protests, the authorities are fearful of their influence. Historically, universities have been hotbeds of political opposition to the Iranian government. The anti-government protests of 1999 were started by university students in response to the closure of a reformist newspaper. 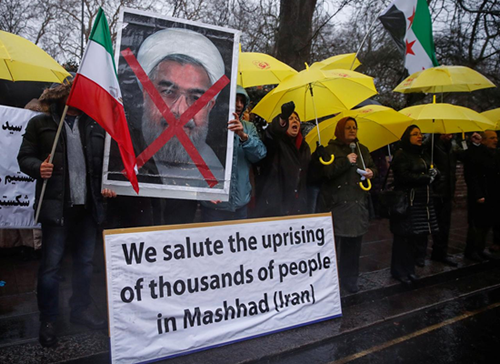 According to the authorities, more than 90% of those arrested in the last 12 days are under the age of 25. With a young, tech-savvy population that wants more freedom and a better economy, the Iranian politicians' fear of youth organizations is not surprising.

Although the current regime is the only one Iranian protester have witnessed since they were born, there is a yawning gap between the regime’s leaders and young Iranians, who are searching for freedom and justice not oppression and crackdown on freedom of expression, analysts told The Baghdad Post.

The Mullah regime should have used its youth power to improve economic growth. But it is still living in the dark ages. Now, young Iranians are the fuel of the uprising and they have pledged not go home until the corrupt regime is toppled, they added.