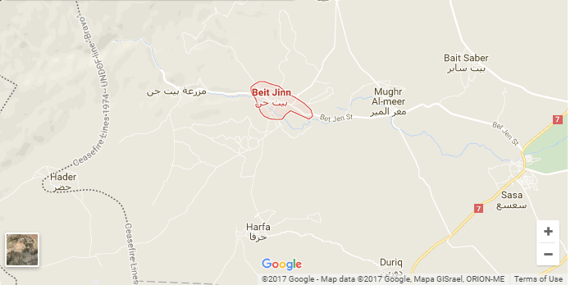 In early morning, JSFU fighters confronted an incursion by Regime militias supported by the Hermon Regiment militia (part of the Fourth Division), in the Al-Zahr Al-Aswad area, ended after few hours after withdrawal of the attacking forces to the Bait Saber and nearby villages from where they launched their incursion, as clarified by Abo Majed.

The commander reported that at least 8 regime members were killed during clashes and others were injured from a landmine explosion, noting that regime militias are continually attacking the area while sieging and shelling the Bait Jenn village and its surroundings.

Regime militia supported by Hezbollah militia have been trying for more than 70 days to take control of the strategic Bait Jinn area, adjacent to the border of both Lebanon and occupied Palestinian territories, and the last rebel-held area in West Rural Damascus.