AFP, December 10, 2017-- New protests flared in the Middle East and elsewhere Sunday over US President Donald Trump's declaration of Jerusalem as Israel's capital, a move that has sparked days of unrest in the Palestinian territories.
Israeli Prime Minister Benjamin Netanyahu meanwhile visited Europe for his first trip abroad since Trump's declaration, with talks planned with French President Emmanuel Macron in Paris and EU foreign ministers in Brussels.
Trump's announcement on Wednesday has been followed by days of protests and clashes in the Palestinian territories. Four Palestinians were killed either in clashes or from Israeli air strikes in retaliation for rockets fired from the Gaza Strip.
Tens of thousands have also protested in Muslim and Arab countries, including Jordan, Turkey, Pakistan and Malaysia.
Further protests were held in Lebanon, Indonesia, Egypt and the Palestinian territories on Sunday.
Lebanese security forces fired tear gas and water cannons at several hundred demonstrators near the US embassy.

Several people were injured by rocks, tear gas, and rubber bullets, the correspondent said.
In Jakarta, some 5,000 Indonesians protested in solidarity with the Palestinians, gathering outside the US embassy in the world's most-populous Muslim country.
In Cairo, students and professors demonstrated at the prestigious Al-Azhar University, a university spokesman said, with pictures on social media showing several hundred protesters. Dozens of students protested at two other Cairo universities.
A protest and clashes also broke out in Al-Arroub refugee camp in the south of the occupied West Bank, leaving one Palestinian wounded from rubber bullets, the Palestinian health ministry said. 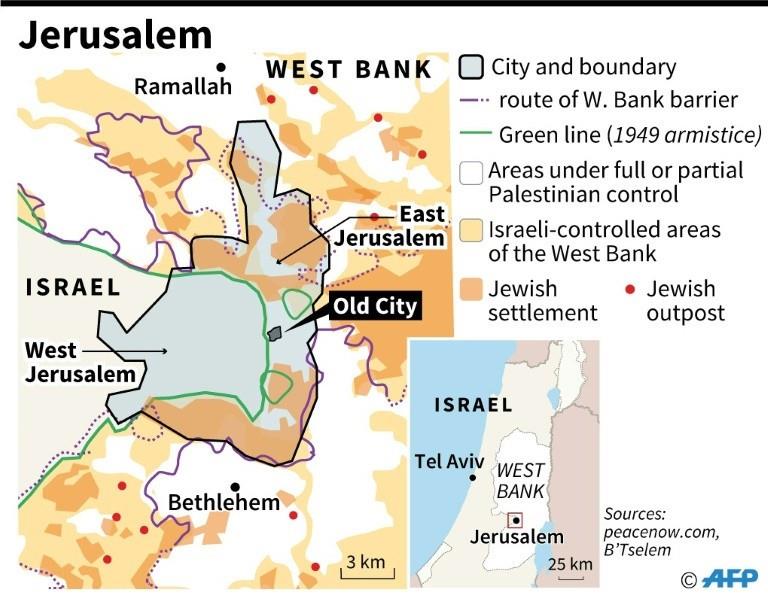 Arab League foreign ministers on Saturday called on the United States to rescind the move.
Both Macron and EU diplomatic chief Federica Mogherini have criticised Trump's decision, and there have been ongoing tensions between Netanyahu and European Union officials over Israeli settlement building in the West Bank.

Trump's decision on Wednesday upended decades of US diplomacy and broke with international consensus.
It drew criticism from every other UN Security Council member at an emergency meeting on Friday.
Clashes in the West Bank and along the fence dividing the Gaza Strip from Israel have seen Palestinians burning tyres while hurling stones and firebombs at Israeli troops, who responded with tear gas, rubber bullets and live rounds.
Retaliatory Israeli air strikes on the Gaza Strip in response to rockets killed two Hamas militants on Saturday while two others died near the border fence the day before.
Palestinian health officials say more than 1,100 people were wounded from tear gas, rubber bullets, live fire and other means from Thursday to Saturday.
In Rome, Pope Francis called Sunday for "wisdom and prudence", asking world leaders "to avert a new spiral of violence". 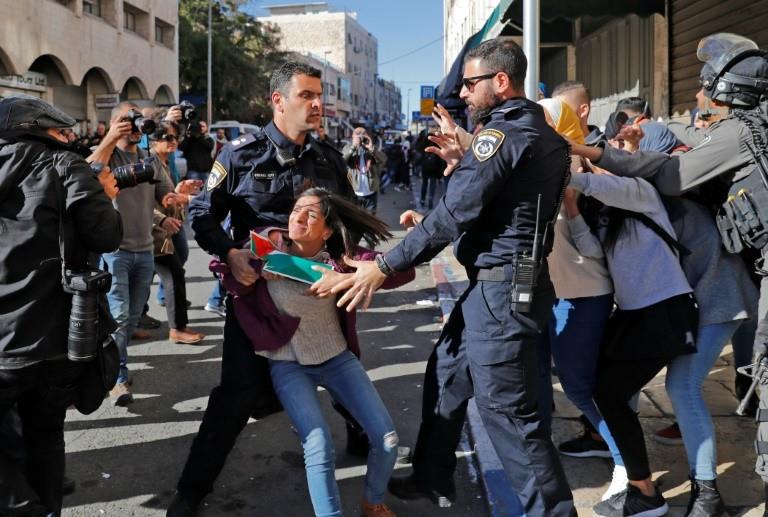 Trump said his defiant move -- making good on a 2016 presidential campaign pledge -- marked the start of a "new approach" to solving the Israeli-Palestinian conflict.
But Washington has found itself increasingly isolated on the global stage.
Five European countries on the Security Council insisted the new US policy was inconsistent with past resolutions, including one declaring east Jerusalem to be Israeli-occupied.
The UN meeting was largely symbolic as no vote on a resolution was planned because the US wields veto power.
The decision is likely to impact domestic Palestinian politics, particularly between Abbas's Fatah and the Islamist Hamas, now at a key stage in a fragile reconciliation process after a decade of bitter enmity.
Hamas, which violently seized Gaza from Fatah in 2007, is due to formally hand back power on Sunday.
Hamas spokesman Fawzi Barhum said Saturday the group "reiterated its commitment to all that has been signed and agreed upon and the completion of the handover". 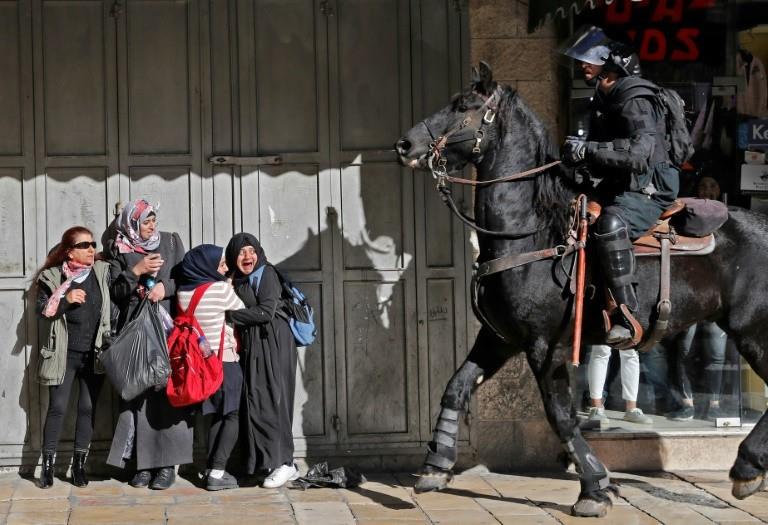