Washington Post, November 27, 2017 - A sobering report on the Trump administration’s nonexistent Syria policy is out from the Iran task force of the Gemunder Center of the Jewish Institute for National Security of America (JINSA). While the administration has been playing games with “decertifying” but not negating the Joint Comprehensive Plan of Action (JCPOA), the real fight against Iranian aggression is being lost on the ground:
Most urgently, and consistent with the Administration’s stated intention of pushing back against Iran’s malign behavior throughout the region, the United States must impose real obstacles to Tehran’s pursuit of total victory by the [Bashar al-] Assad regime in Syria. Time is of the essence, as Iranian-backed forces recently have retaken nearly all the country, save lands liberated from Islamic State (IS) by the U.S.-led coalition. These, and any further, strategic gains threaten to entrench Tehran as the arbiter of postwar Syria and consolidate its control of a “land bridge” connecting Iran directly to Lebanon and Hezbollah.
The United States needs a coherent strategy and force presence that looks beyond the impending downfall of IS to deny Iran’s destabilizing objectives in Syria and restore leverage against Tehran. . . . A complete Assad victory facilitated by Russia and Iran would further undermine the credibility of U.S. commitments to the region and consolidate Tehran’s position as the predominant power in the strategic crossroads of the Middle East. Increasingly, the consequences of Iran’s rising influence are evident across the region, from Lebanon, where the prime minister cited Iranian interference as a reason for his recent resignation, to Yemen, where Iranian-supported Houthis launched their most brazen missile attack on Saudi Arabia to date.
Under such circumstances, we may see a successful military victory against the Islamic State — thanks to competent Pentagon planning and execution in the final Obama years and continuing to the present — only to see a massive geopolitical victory, for Iran.
The fault lies with both the Obama and Trump administrations. The Obama team never committed fully to support for non-jihadi rebels. Then, the task force report says, its “failure to uphold its redline on chemical weapons usage by the Assad regime in 2013 — after Iran told American diplomats it would pull out of nascent nuclear talks if the United States tried to enforce it — undercut further the United States’ reliability to uphold regional order.”
The task force recommends a three-part approach. First, the United States and its partners should “maintain a military presence on the ground [where we reportedly have approximately 2,000 troops] and in the skies of Syria, to provide security for reconstruction, and to prevent both the re-emergence of IS and Assad recapturing the entire country” and should “vigorously defend themselves if attacked.” Second, the United States should help the Syrian Democratic Forces (SDF) retain and hold those areas liberated from the Islamic State both to prevent Assad and the Islamic State from recapturing these areas. This would help “cement SDF authority” and thereby help shape the postwar political situation. Third, the United States and our regional allies should cooperate to “intercept shipborne weapons transfers from Iran to Syria” and develop “a more concerted policy of cutting off land routes via Iraq and Syria [so as to] constrain Iran’s ability to maintain significant force presence in Syria and resupply its proxies.” The report urges the administration to “work with these same allies to integrate missile defense capabilities against Tehran’s aggressive proliferation drive across the region, most worryingly its continued efforts to transfer advanced missiles to Hezbollah and establish its own production capabilities in Syria and Lebanon.”
It is no longer realistic to obtain complete victory over and immediate ouster of Assad after two administrations’ policy blunders. However, the JINSA task force argues, its suggestions can help “rebuild leverage against Iran where the strategic stakes currently are the highest, and where it is most vulnerable to counter pressure.” Moreover, if we do not undertake such measures, the risk of military confrontation between Israel and Iran’s allies (both Hezbollah and the Syrian regime) intensifies, a fight that could easily envelop the region in a new round of bloody warfare. 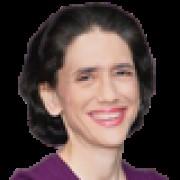