Toronto Sun, November 15, 2017 - The Islamic Republic of Iran is, without a doubt, a malign regime. If you think that’s a controversial statement, consider the following facts.

Iran is the number one state sponsor of terrorism in the world, directly funding jihadist organizations, including Hezbollah, Hamas and the Taliban.

Iran has had its hand in deadly terrorist attacks against civilians, including the bombing of a Jewish community centre in Argentina in 1994, that killed 86 people.

Iran doesn’t just support terrorist organizations, it sends its own military to fight alongside Shi’ite armies to undermine peace in neighbouring countries.

Iran is leading combat efforts in Syria, Iraq, Lebanon and Yemen, causing chaos and bloodshed, and having a destabilizing impact in the region. 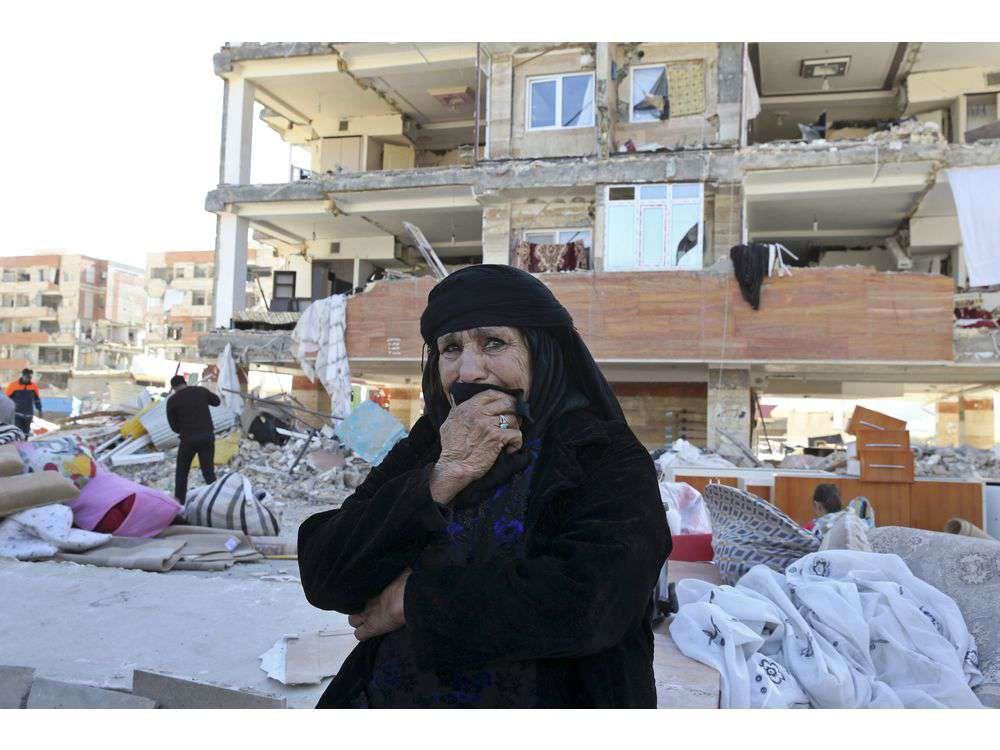 An earthquake survivor weeps as she sits in front of damaged buildings, in a compound which was built under the Mehr state-owned program, in Sarpol-e-Zahab in western Iran, Tuesday, Nov. 14, 2017.

Alongside its warmongering, Iran also has a dreadful human rights record at home.

Iran has never been held accountable for the 1988 massacre when 30,000 political dissidents were murdered over the course of a few weeks.

The Iranian regime is an unapologetic force for evil in the world.

That’s why Canada cut diplomatic relations in 2011, and despite Prime Minister Justin Trudeau’s pledge to re-establish ties, even his government has been wary to do so.

Iran has been sanctioned for illegally building up elements of its nuclear arsenal.

This bill proposes that we maintain sanctions to deter Iran’s other misdeeds, namely its support of terrorism and its despicable human rights record.

Conservative Senator Linda Frum, one of Parliament’s fiercest champions of human rights and dignity, made a statement supporting the bill, calling Iran a “malign nation.” 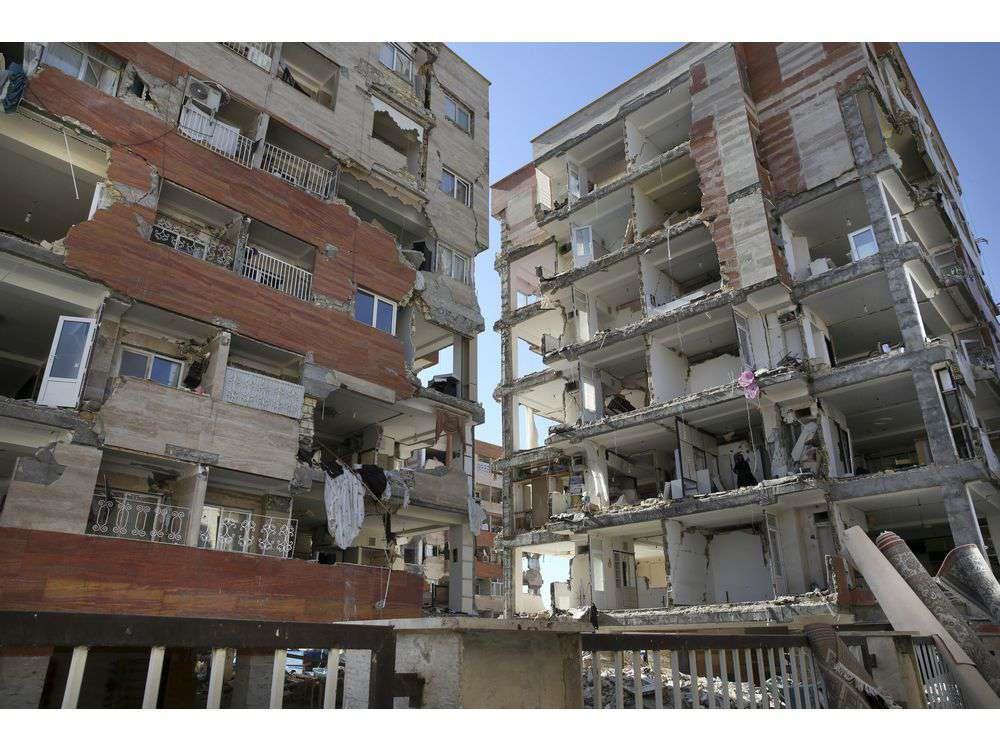 Buildings are damaged by an earthquake in a compound which was built under the Mehr state-owned program, in Sarpol-e-Zahab in western Iran, Tuesday, Nov. 14, 2017.

Frum was then met with a barrage of attacks from Liberal MPs who were born in Iran and a pro-Iran lobbying group, the Iranian Canadian Congress (ICC).

Frum’s remarks were aimed at the Iranian regime, not the people of Iran — most of whom oppose the Mullahs that have ruined their country — but that doesn’t matter to the ICC, who spun her words to manufacture a controversy.

Being subject to a torrent of intimidation and name-calling is part and parcel of living in a dictatorship; the Iranian regime uses these tactics domestically to scare off would-be critics.

Here in Canada, misrepresenting what critics of the Iranian regime say isn’t new for the ICC.

Earlier this year, I reported on a video showing a senior Iranian regime member boasting about a “clandestine army” and “guerilla movement” of Iranians in the U.S.

I reported the facts, and added an analysis about why Iran was included in U.S. President Donald Trump’s travel ban.

In response, the ICC wrote a statement attacking me – insinuating I had said what the video shows the Iranian official saying.

They accused me of promoting Islamophobia and said my reporting created “a clear danger to the safety of Iranian immigrants.”

According to the ICC, quoting an Iranian official— accurately and in the proper context—makes me the bad guy, deserving of attacks, provoking a stream of hateful messages.

These tactics may work in a dictatorship like Iran, which operates on fear and misinformation, but here in Canada, a free and open country, it will never silence the regime’s many critics.

Bravo to Senator Frum for withstanding the ICC’s propaganda campaign, and for remaining a strong and vigilant voice against Iran’s ongoing human rights atrocities.