AFP, November 6, 2017 - 2017 is on track to be the hottest year on record except for two warmed by El Nino phenomena, the UN's World Meteorological Organization said Monday.
Even if the cyclical weather events -- which bump up global temperatures every three to seven years -- are included, this year will still be one of the three warmest ever, the WMO said as it issued its annual State of the Global Climate report at talks in Bonn.
Average temperatures from 2013 through 2017 are also likely to be the highest since accurate measuring began more than a century ago, constituting strong evidence of a long-term trend.
Some 30 percent of the world's population now experience "extreme hot temperatures" for at least several days each year, the UN agency said.
Meanwhile the number of vulnerable people exposed to potentially lethal heatwaves has increased by 125 million just since 2000.
"The past three years have all been in the top three years in terms of temperature records," said WMO Secretary-General Petteri Taalas. 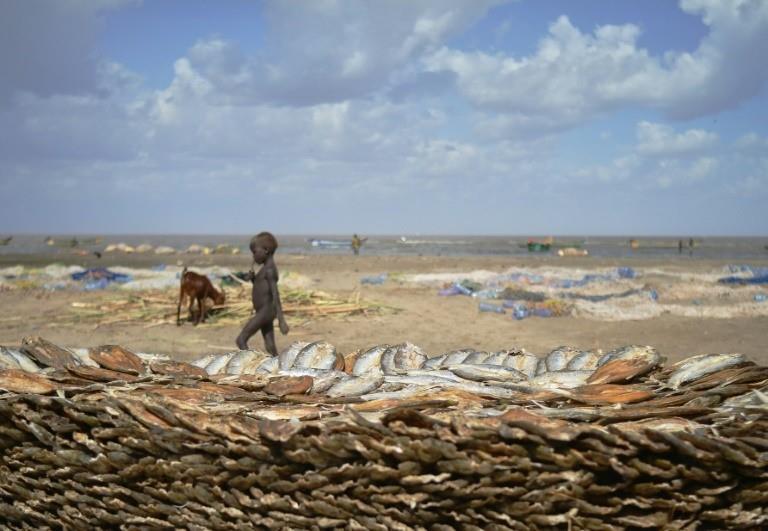 So far 2017 has also seen record-breaking hurricanes in the Caribbean and Atlantic, with one reaching as far as Ireland; deadly monsoon flooding in the Indian sub-continent; and a quarter of a million people in Somalia driven from their homes due to persistent drought, the WMO found.

"Many of these events ... bear the telltale sign of climate change caused by increased greenhouse gas concentrations from human activity," Taalas said in a statement.
Negotiators at the 12-day, 196-nation talks are tasked with fleshing out the 2015 Paris climate treaty, which calls for capping global warming at "well under" two degrees Celsius (3.6 degrees Fahrenheit), or even 1.5 C if possible.
Another report last week from UN Environment said the trajectory of current national efforts to reduce carbon pollution fall far short, and would see the world heat up a scorching 3 C by the end of the century.
Earth's surface has already warmed by 1 C compared to pre-industrial levels. 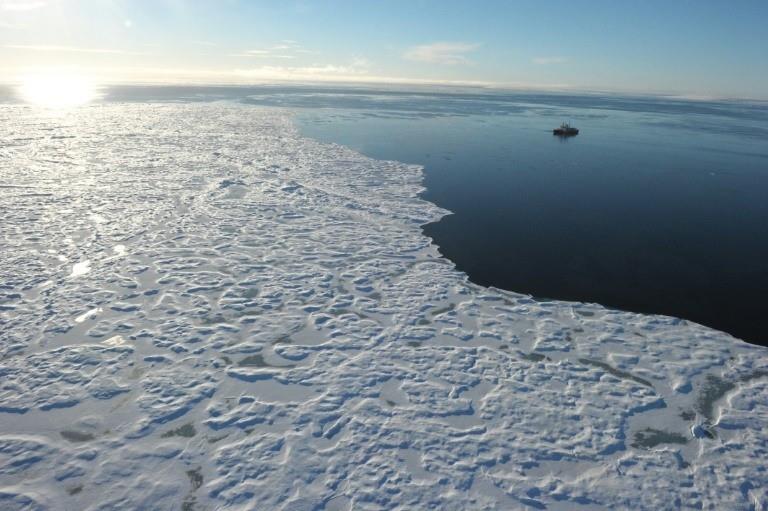 Climate change has forced a retreat of the polar ice cap

"The impacts of extreme weather this year give us a taste of things to come under a warming climate," said Richard Betts, a professor of climate impacts at the Met Office Hadley Centre in England, commenting on the report.
Nowhere will be spared, but "developing countries will be hit the hardest in terms of human impact," he added.
Long-term climate trends tracked by the WMO all showed movement in the wrong direction, the UN agency said.
Concentrations in the atmosphere of the major greenhouse gases that drive global warming continued to increase, with carbon dioxide (CO2) at 403.3 parts per million (ppm), the highest level in at least 800,000 years.
The second-most polluting greenhouse gas -- methane (CH4) -- has also shot up over the last decade, driven by leakage from the gas industry's fracking boom, and growth in global livestock. 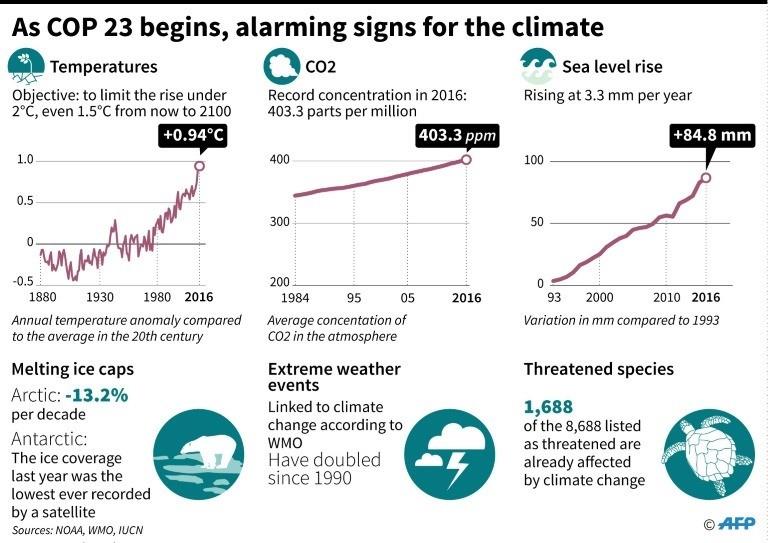 Compared to 1750 levels, current concentrations of CO2 and CH4 are 1.5 and 2.5 times higher, respectively.
Earth's frozen zones continued to contract, especially in the Arctic, where sea ice cover could disappear in summer by as early as 2030, and in high-altitude regions where glaciers supplying a billion people downstream with life-sustaining water continued a four-decade decline.
Even Antarctic sea ice -- which has remained stable or even expanded in recent years -- "started shrinking since last year," the report said.
The WMO also sounded an alarm about the world's marine environment.
"The ocean absorbs up to 30 percent of the annual emissions of anthropogenic" -- or manmade -- "CO2 in the atmosphere," it noted.
"However, this comes at a steep ecological cost."
All that absorbed CO2 is turning the seas acidic, with potentially dire consequences for coral reefs, aquaculture, and basic ocean chemistry. 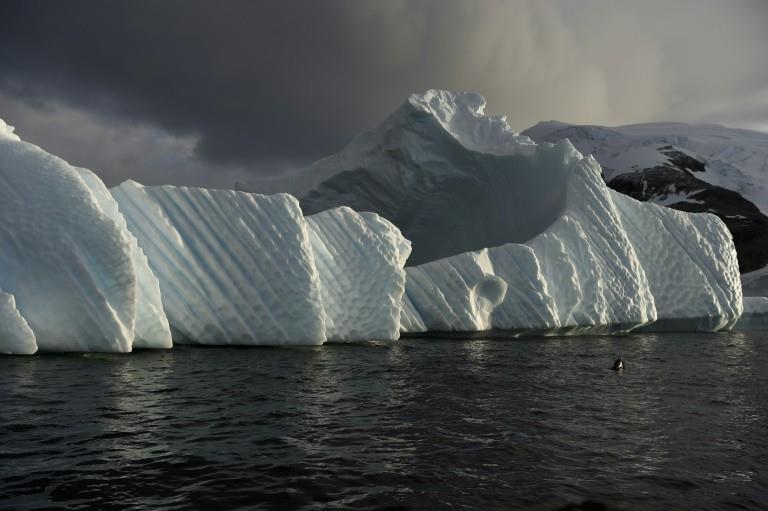 "A decade ago the task was characterised as 'avoiding the unmanageable, managing the unavoidable', said Chris Rapley, a professor of climate science at University College London.
In light of the WMO report, "Now it might be better phrased 'confronting the unimaginable'," he said.