A few minutes later a car bomb exploded near the former parliament house nearby.

“Security forces have entered a small portion of the hotel building ... the exchange of gunfire is hellish,” he said.

The police personnel who died had been stationed close to hotel’s gate. The dead also included a former lawmaker, he said. 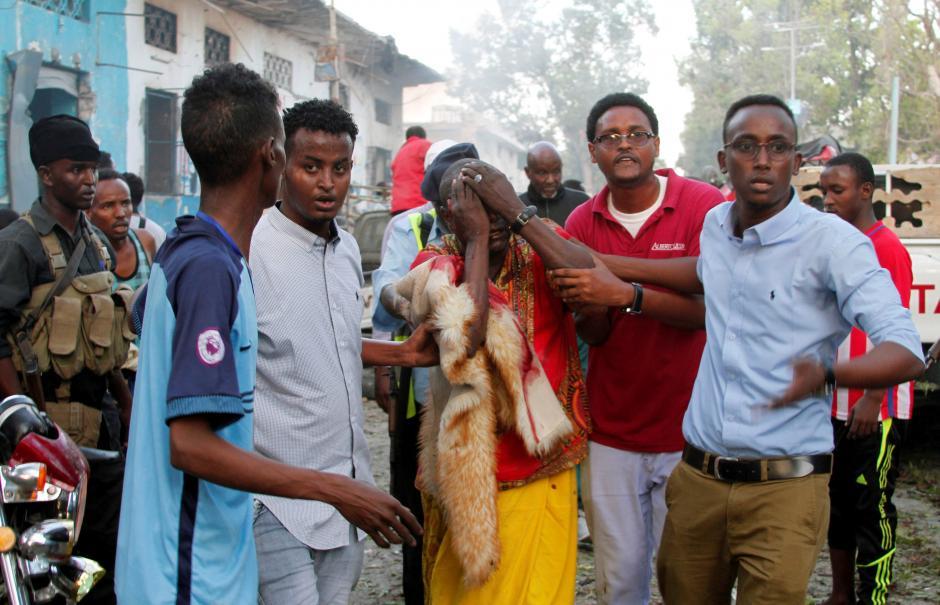 Civilians assist a man, injured from a suicide car bomb explosion, at the gate of Naso Hablod Two Hotel in Hamarweyne district of Mogadishu, Somalia October 28, 2017.

Fighting continued to rage inside the hotel and police said the death toll was likely to rise.
Abdikadir Abdirahman, director of Amin ambulances, told Reuters the emergency service had carried 17 people injured from the hotel blast.

A huge cloud of smoke rose over the scene and a Reuters witness saw over a dozen wrecked cars and bloodstains in front of the hotel. Sporadic gunfire could be heard in the vicinity.

Islamist group al Shabaab, responsible for scores of such attacks in the country’s long civil war, said it carried out Saturday’s bombings.

“We targeted ministers and security officials who were inside the hotel. We are fighting inside,” Abdiasis Abu Musab, the group’s military operations spokesman, told Reuters.

Bombs in Mogadishu two weeks ago killed at least 358 people, the worst such attacks in the country’s history, igniting nationwide outrage. Al Shabaab was widely suspected, but has not claimed responsibility.