Huffington Post, October 14, 2017 - In one of the most critical and historic developments since the establishment of the Islamic Republic 1979,  Iran’s Islamic Revolutionary Guard Corps (IRGC) is now designated as a terrorist organization- Specially Designated Global Terrorists- by the US Government. 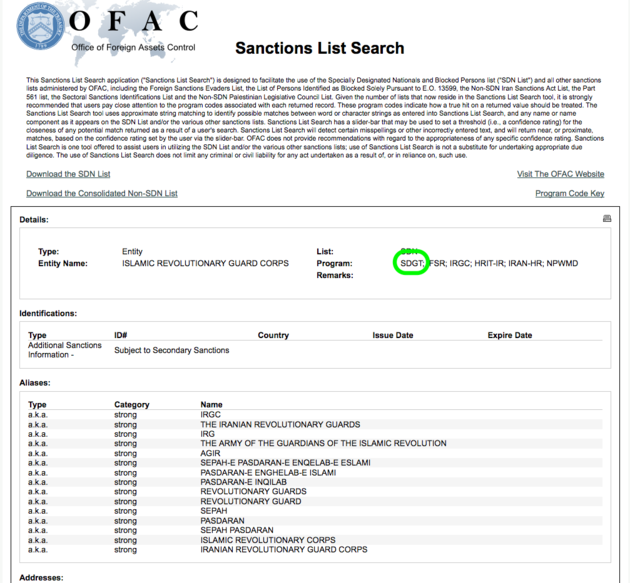 US DEPARTMENT OF THE TREASURY

This development bears significant and serious legal, political and economic implications on dealings with the Islamic Republic and the IRGC.

The IRGC is the backbone of the clerical establishment in Iran. It controls significant sections of Iran’s economic and ideological centers. The senior cadres of the IRGC enjoy the final say in Tehran’s domestic foreign policy and support for proxies. The IRGC is also engaged in domestic repression of dissidents, suppression of freedom of speech, press and assembly, and imprison opponents.

According to Amnesty International and Human Rights Watch reports, Iran has the highest number of executions in the world per capita under Hassan Rouhani’s presidency.

Many Iranians view this development as positive news, particularly for those who are suffering under the iron rule of the IRGC and the ruling clerics. The Islamic Republic is also listed as the top state sponsor of terrorism.

Designating  the IRGC as a terrorist organization is much more powerful and has much more severe consequences on the Islamic Republic and its leaders, in comparison to only amending the nuclear deal which is providing sanction reliefs for the Iranian leaders and the IRGC. 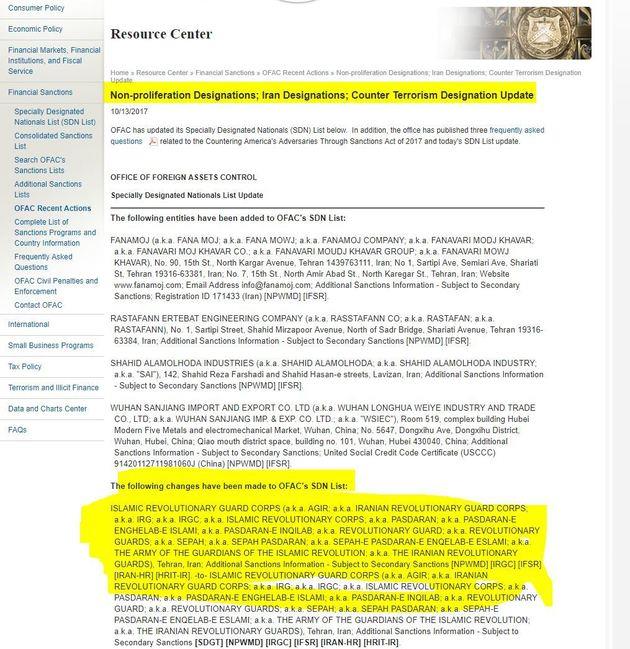 US DEPARTMENT OF TREASURY

More fundamentally, it is worth noting that almost every major dealing or transaction with the Islamic Republic is conducted through the IRGC directly or indirectly due to the notion that it has the largest stake in Iran’s economy and political affairs.

In addition, the IRGC being designated as SDGT -Specially Designated Global Terrorists-  by the US Treasury means that  European companies trading with Iran should be extremely cautious as they will seriously risk of being sanctioned by the US,  as the IRGC runs most of Iran's economy. The US Congress may also follow up with further sanctions against the Islamic Republic. More powerful acts and policy to come would be sanctioning third parties that deal with the Islamic Republic and its organizations including the IRGC.

Such policy to sanction third parties dealing with the Islamic Republic existed prior to the nuclear deal. The Iranian resistance-NCRI- began the campaign to blacklist the IRGC in US last year. In March of  this year, the Washington office of the Iranian opposition National Council of Resistance of Iran released a 175-page, book, entitled “The Rise of the Revolutionary Guards Corps Financial Empire,” in which it demonstrated that the IRGC controls more than half of Iran’s GDP and owns several major economic powerhouses and religious endowments, such as Astan-e Qods Razavi, in the northeastern city of Mashad.

And in June, the group published a book on 15 terrorist training centers in Iran, where the IRGC provides ideological, military and tactical training to foreign recruits, who are later dispatched to countries in the Middle East region and beyond to conduct terrorist activities.

The designation of the IRGC as a terrorist organization is one of the most powerful moves enacted and it will have serious legal and political implications on dealings and transactions with the IRGC and the Islamic Republic for every individual, entity, organization, or government. 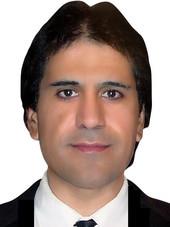 Dr. Majid Rafizadeh is a world-renowned business strategist and advisor, a leading Iranian-American political scientist, president of the International American Council on the Middle East, and best-selling author. He serves on the advisory board of Harvard International Review.