Iran : A political prisoner on the sixty-ninth day of his hunger strike After 24 Years Imprisonment

IRAN, KARAj- A political prisoner in Gohardasht prison in Karaj is on the sixty-ninth day of his hunger strike. Mohammad Nazari, the Kurdish political prisoner, has been on hunger strike to protest his legal status and Iran regime’s failure to address this situation. One of his requests is his transfer to a prison in Iranian Kurdistan province such as Mahabad or Orumiyeh. He has fallen unconscious several times during the hunger strike and the prison officials have not done anything about the prisoner's requests. 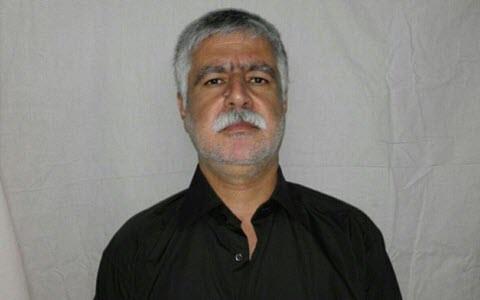 Meanwhile, four political prisoners in Gohardasht  Karaj, in a letter addressed to the U.N. Secretary General, Mr. António Guterres, and the UN Rapporteur on Situation of Human Rights in Iran, Ms. Asma Jahangir, warned about the condition of Mohammad Nazari, one of the most prominent political prisoners in Kurdistan, calling for his unconditional release.

The political prisoners Saeed Shirzad, Ibrahim Firouzi, Jafar Eghdami, and Saeed Masouri, in their letter, noted more than 60 days of hunger strike by Mohammad Nazari and wrote: “Mohammad Nazari has spent more than 24 years in prison without even one day of furlough. He was sentenced to life imprisonment allegedly for having contact with Kurdish parties.”

In another part of this letter, these prisoners who themselves have been convicted of several vague charges including “propaganda against the system, disturbing public opinion and assembly and collusion against the system”, referring to the laws of the judiciary regarding the prisoners on the verge of dying as well as the serious physical and health condition of Mohammad Nazari, who is not even able to speak and drink sugar water, has called on all the awake consciences as well as independent lawyers to protect Mr. Mohammad Nazari life and his freedom as well as his demands which are fully legitimate.

Mohammad Nazari, Kurdish political prisoner was arrested in 1993 on the charges of having contact with Kurdish parties and was sentenced to death after false confession taken under beating and torture.

However, due to the pressure of human rights organizations, his death penalty was reduced to life imprisonment in 2007 and he was then transferred from Orumiyeh to Rajaei-Shahr prison.

He and 16 of his cellmates have been on hunger strike for more than 3 months to protest the lack of investigation of the indictment against them and the inhumane condition of the prison.