Police officers advise people to take cover near the scene of a shooting near the Mandalay Bay resort and casino on the Las Vegas Strip.

Country music star Jason Aldean was performing when the shots began ringing out Sunday night at the Route 91 Harvest Festival. 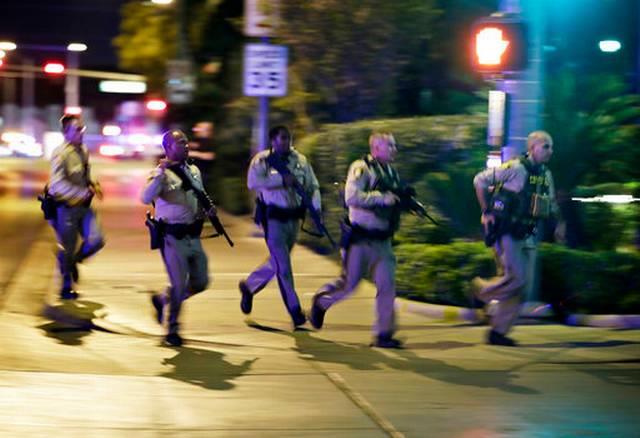 Officers confronted the suspect on the 32nd floor of the Mandalay Bay Hotel and Casino across the street from the concert, Clark County Sheriff Joseph Lombardo said. Authorities say the man died. Police did not release the suspect's name but said he was a local resident.

Concert-goers reported hearing what they described as automatic gun fire during the shooting.

Lombardo said they believe this was a "lone wolf" attack but said they were looking for a roommate of the dead suspect as a person of interest.

Several officers from California were attending the music festival. A Bakersfield police officer was shot and taken to the hospital with non-life threatening injuries.

Hours after the shooting, Aldean posted on Instagram that he and his crew were safe and said the shooting was "beyond horrific."

Kodiak Yazzie, 36, said he and his girlfriend were watching Aldean's performance when he heard what sounded like fireworks. The music stopped temporarily and started up again before another round of pops sent the performers ducking for cover and fleeing the stage. 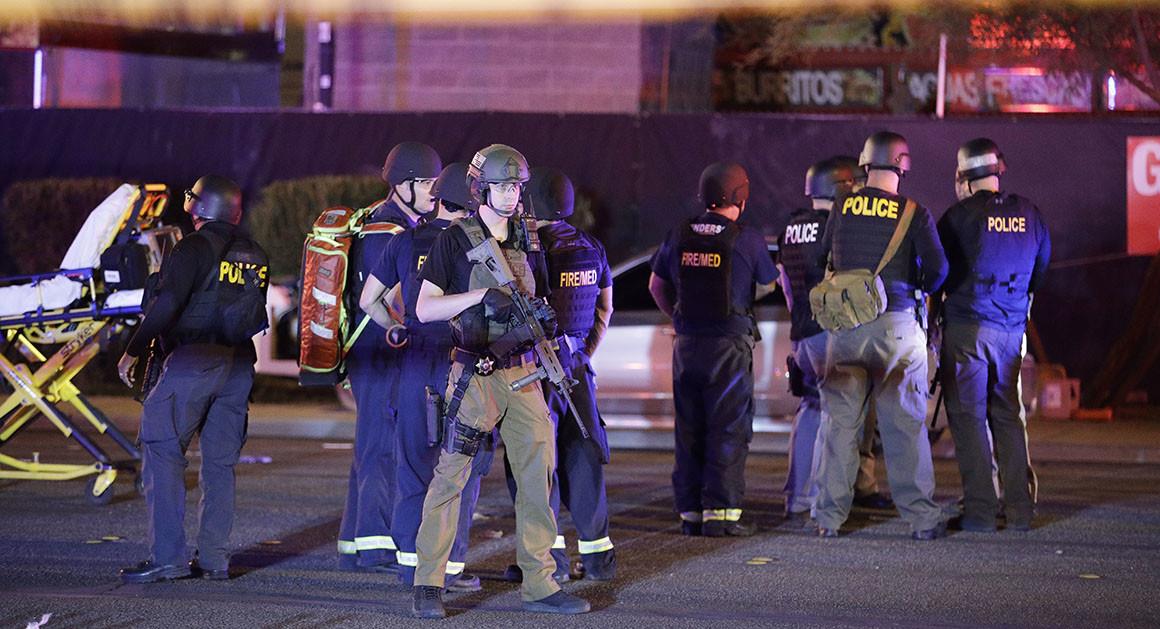 Thousands fled as bursts of gunfire could be heard for more than five minutes, Yazzie said.

Jose Baggett, 31, a Las Vegas resident, said he and a friend were in the lobby of the Luxor hotel-casino — directly north of the festival — when people began running. He said people were crying and as he and his friend walked away, they encountered police checkpoints where officers were carrying shotguns and assault rifles. 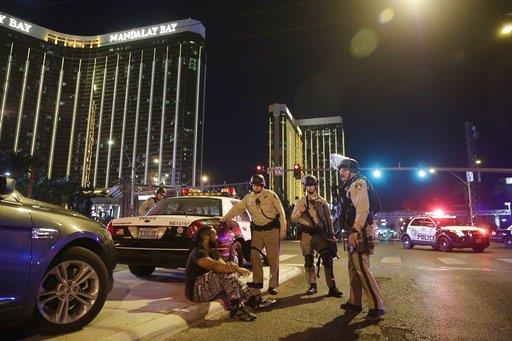 Police officers stand at the scene of a shooting near the Mandalay Bay resort and casino on the Las Vegas Strip, Sunday, Oct. 1, 2017, in Las Vegas.

"There were armored personnel vehicles, SWAT vehicles, ambulances, and at least a half-mile of police cars," Baggett said.

Witnesses said they saw multiple victims and dozens of ambulances near the concert venue. Some attendees later huddled in the basement of the nearby Tropicana hotel-casino.

Authorities shut down part of the Las Vegas Strip and Interstate 15. Flights were temporarily halted at McCarran International Airport because of the shooting, the airport said on its verified Twitter account.