Iran: Rally in support of porters who carry merchandize across the border

Iran, September 17, 2017 - A group of Tehran residents gathered on Friday, Sept. 15 in Azadi (Freedom) Square to show their protest at the killings of porters by the state security guards at the borders. The protesters were carrying placards demanding an end to this injustice done to these poverty driven porters who have to carry heavy loads on their backs to get to some hard to reach and remote destinations around the western border of Iran.
They were saying "No to killing porters", "Porters need jobs not bullets." 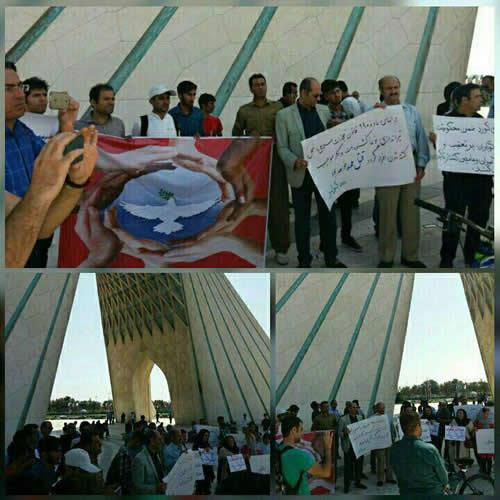 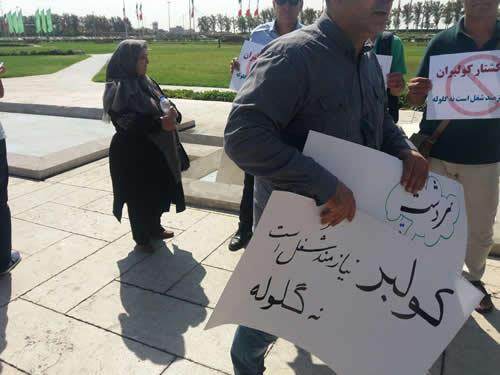 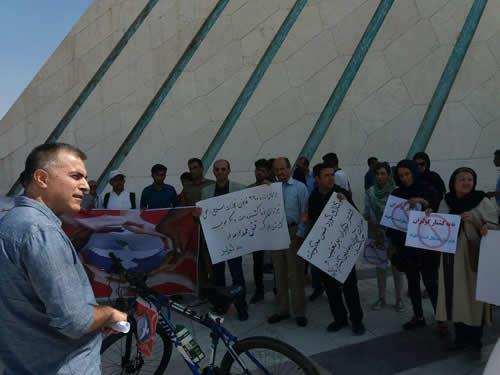 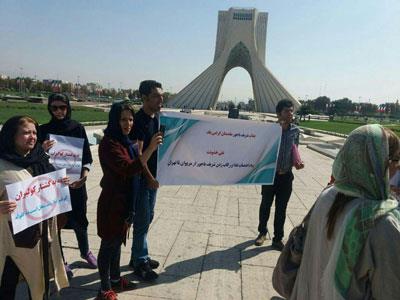