Geneva,  September, 15,  2017-- On Thursday September 14, 2017. A conference was held in the United Nations in Geneva on the situation of human rights in Iran and the movement for justice for the victims of the 1988 massacre, at the beginning of this conference Mr Khazaei the representative of NCRI in Nordic countries introduced the meeting, praising the NCRI and its leader Maryam Rajavi, before introducing the first speaker; Alejo Vidal-Quadras, former Vice-President of the European Parliament and President of the International Committee in Search of Justice (ISJ). 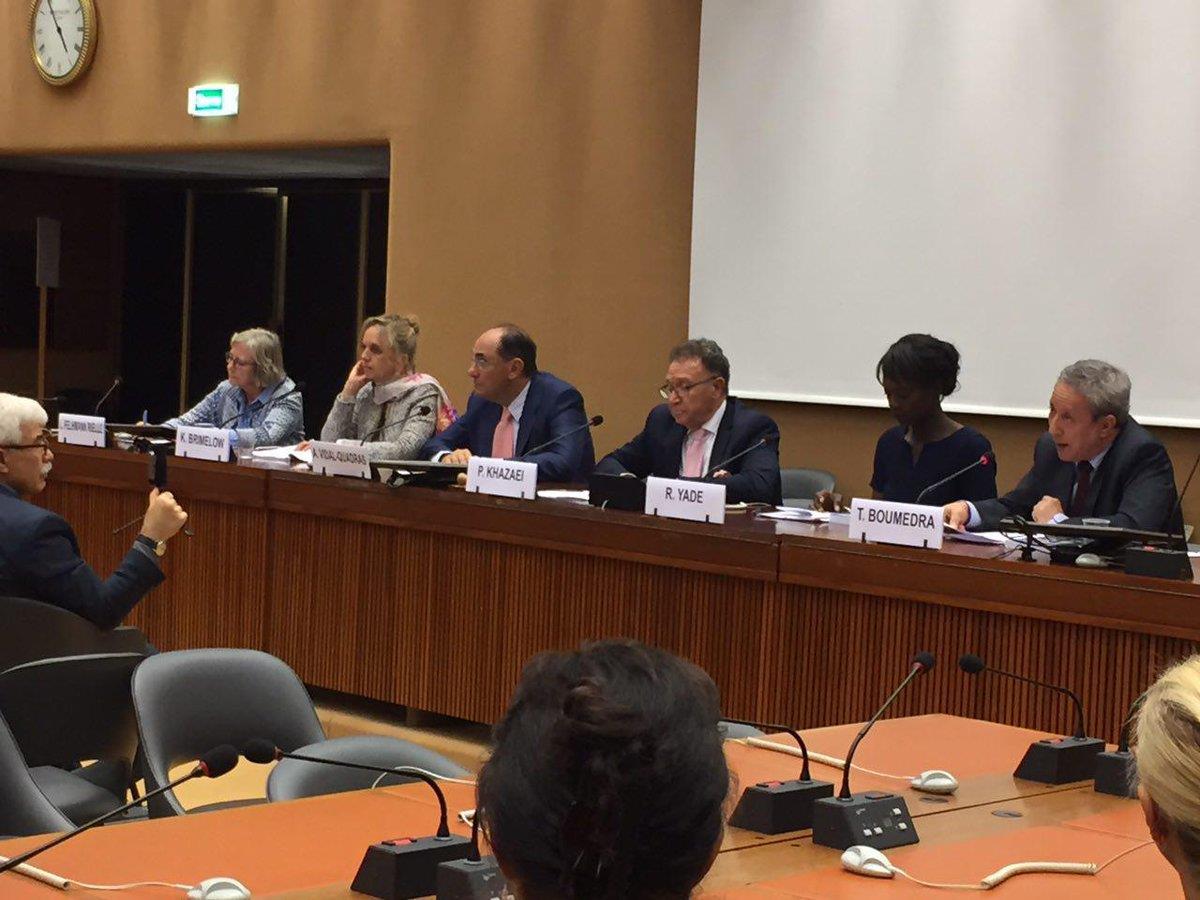 Mr Vidal-Quadras spoke about how the campaign for justice has changed the way people around the world and within Iran think about the Iranian Regime and reminded the people gathered, that roughly 800 former political prisoners in Iran have been transferred to Albania because they were not safe in Iran or even in Camps Ashraf or Liberty in Iraq where they would be targeted by Iranian proxies.

He said: “We should not have any illusions about this Regime.” 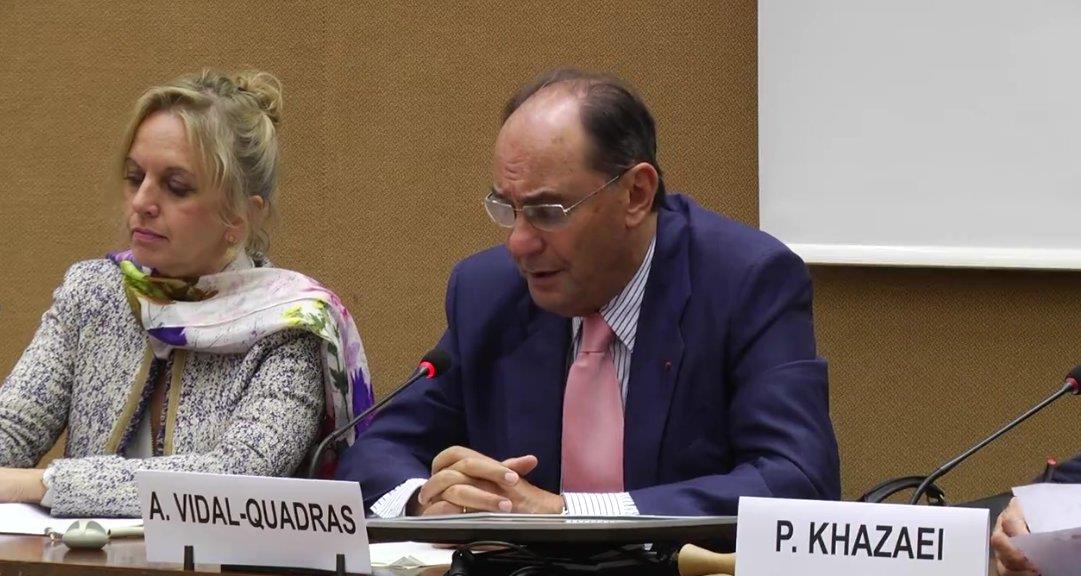 And continued that Iranian President Hassan Rouhani has appointed not one but two justice ministers who were involved in the 1988 Massacre; Mostafa Pourmohammadi and Seyyed Alireza Avayi, who has been cited by the European Union for human rights abuses.

He stated: “As a European, I feel rather embarrassed  by the High Representative of the European Union for Foreign Affairs and Security Policy Federica Mogherini and her relations with the Regime.”

He reiterated: that the 2015 nuclear deal has failed to improve human rights and stop the Regime from destabilising the Middle East. He said that the international community should not waste any more time in investigating the Regime for this crime.

Following Mr Vidal-Quadras remarks, Khazaei noted that those guilty of the war crimes during WW2 are still being rightly prosecuted for their crimes, so why not the criminals who were responsible for the Iranian massacre? He then introduced the next speaker, Tahar Boumedra, the Former UN human rights chief in Baghdad.

Boumedra said that there has been a lot of progress in finding evidence relating to the massacre in the past 12 months, specifically finding the sites of the mass graves.

He said that they had compiled all the evidence in a report released in April 2017, but since that time they have found even more evidence; specifically confessions from high-ranking members of the Iranian Regime.

He noted that during the 2017 presidential campaign, Rouhani acknowledged that his opponent Ebrahim Raisi had been responsible for executions during the massacre.

Boumedra also cited the memoirs of the Ali Monterazi, former deputy to the Supreme Leader in 1988, where he spoke about how he could not justify the massacre and recorded his meeting with the Tehran Death Committee 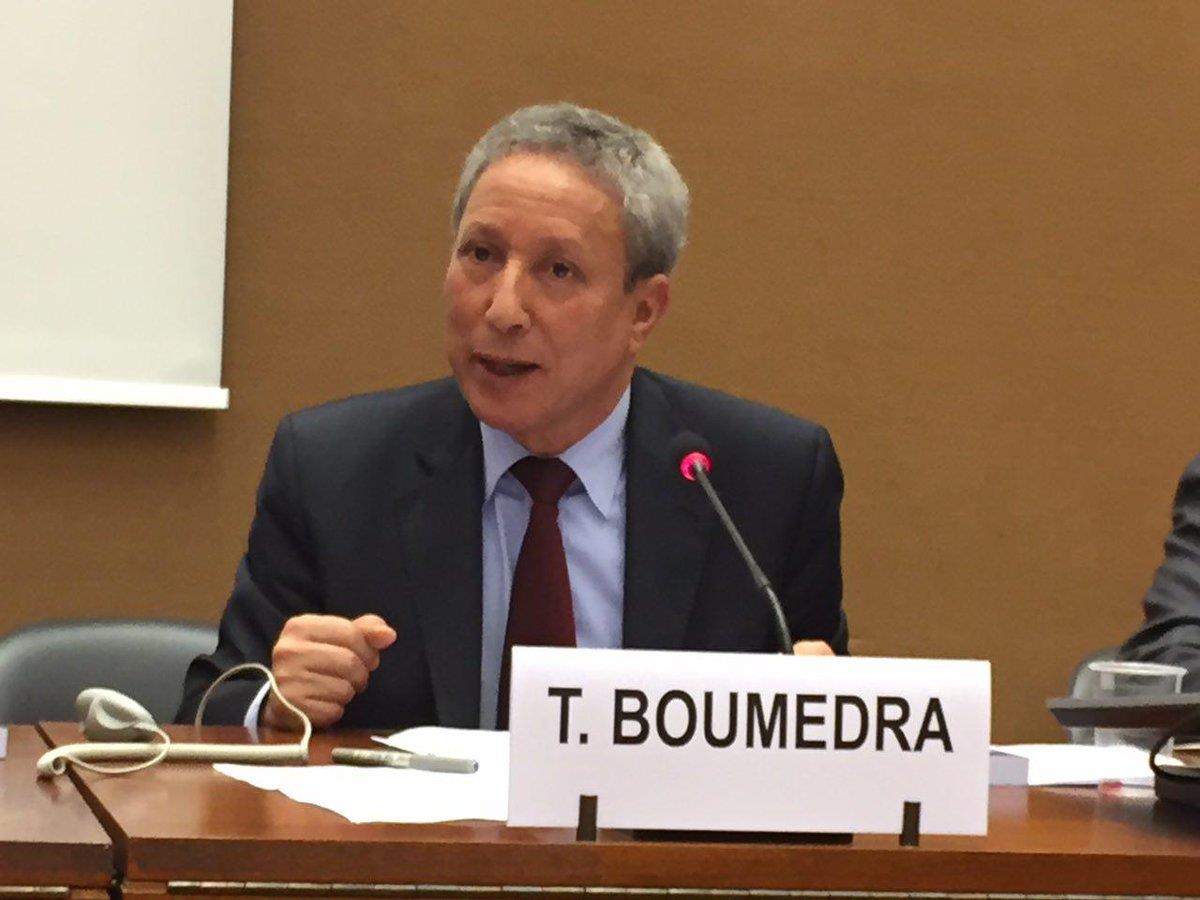 Tahar Boumedra, the former chief of the Human Rights Office of the UN Assistance Mission

He then cited the report of Asma Jahangir, the UN Special Rapporteur on Iran which read: "Between July and August 1988, thousands of political prisoners, men, women and teenagers, were reportedly executed pursuant to a fatwa issued by the then Supreme Leader, Ayatollah Khomeini.”

He added that this is the first time that the massacre has been commemorated in UN record, which is a great step forward, but that it doesn’t go far enough.

He reiterated: “I would ask the UN if it is normal for the Iranian Regime to refuse to investigate the massacre for nearly 30 years?”

He assessed that it is not good enough to wait for the Iranian Regime to investigate; what kind of justice system allows the criminal to investigate themselves? It is time for the UN to launch an investigation.

He also called on other UN Special Rapporteurs to join Jahangir in calling for justice.

After Boumedra, Khazei introduced the next speaker, Alfred de Zayas, a United Nations Independent Expert on the Promotion of a Democratic and Equitable International Order.

Zayas said that he supported Jahangir in her quest and that the families of the victims of the Iranian massacre are entitled to an independent investigation into the massacres. 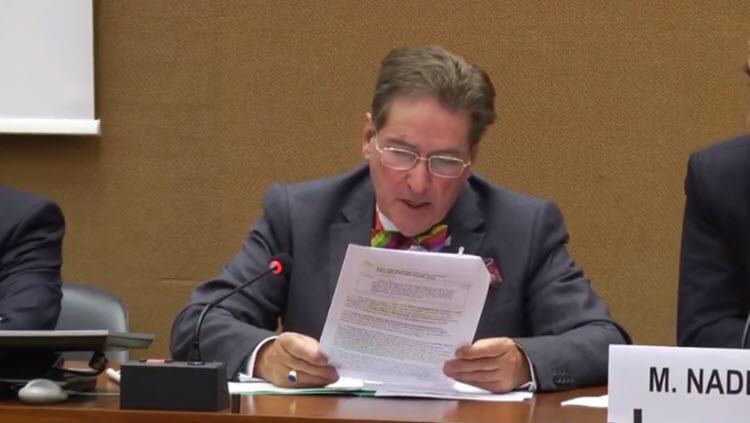 Next speaker was the French politician Rama Yade.

Yade said that it has been a long path to the recognition of this massacre as a crime against humanity assessed that there will be no peace without justice.

She rightly assessed that these were not always political opponents, but mostly prisoners of belief; they were children, they were students, they were pregnant women, they were workers.

She said that a mere fact finding mission was not enough and we must not allow the Regime to get away with it. She said that the international’s community’s silence amounted to compliance with the massacre. 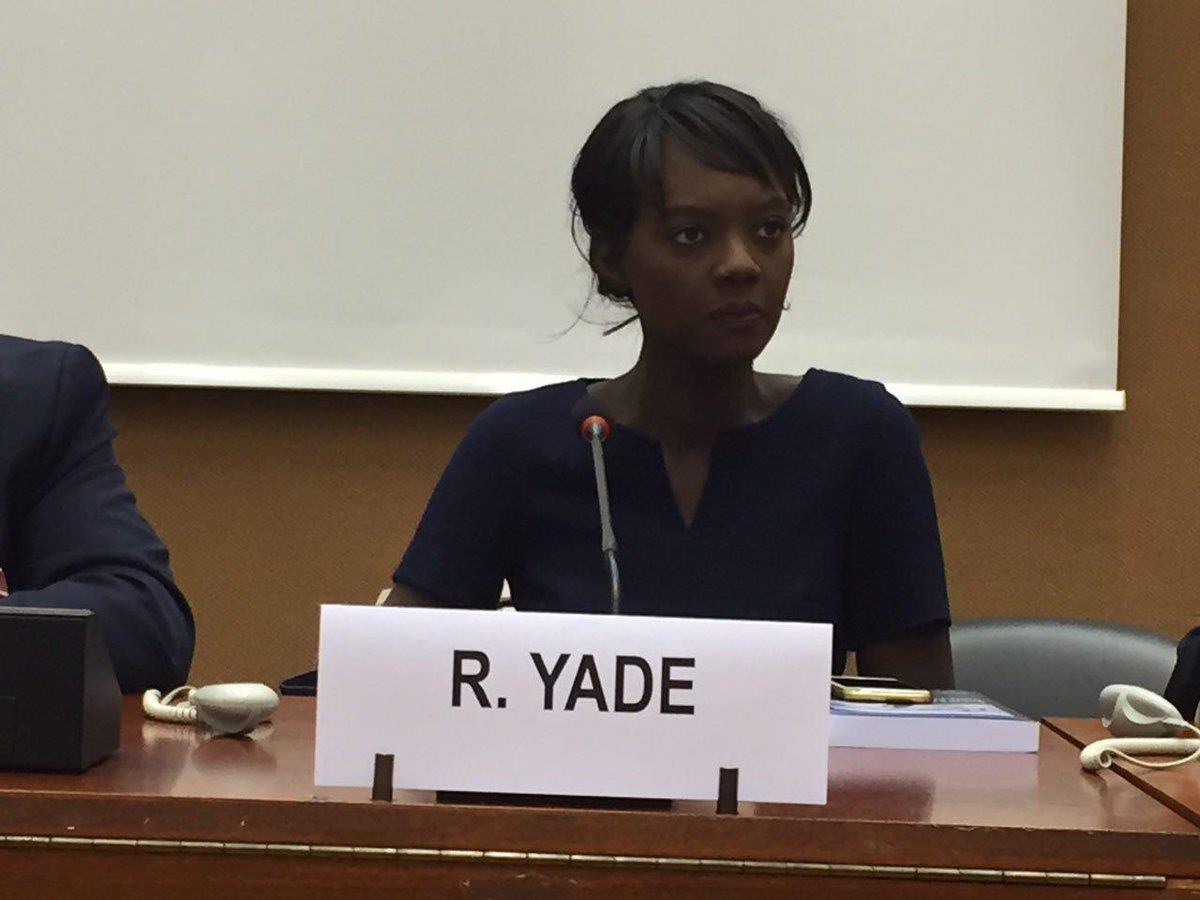 Kirsty Brimelow QC, a human rights lawyer was the next speaker.

Brimelow began by encouraging other countries from around the world to come out and declare that the 1988 massacre was a crime against humanity, citing a lack of due process, the extrajudicial killings, and the concealment of what happened from the families of the victims.

She said that shockingly, 8000 people are believed to have been hanged in just two weeks during the massacre.

She spoke of the fact that she is often asked, why this massacre as opposed to all the others? She said that with Iran, the past demonstrates the present. Iran still has the highest execution per capita in the world, they have 89 children on death row and have executed four so far this year.

She stated that the UN report contains the names of around 100 high-ranking members of the Regime who were involved in the executions.

She agreed that we are far beyond a fact-finding mission and recommends that Iran, who dismissed the UN report, must allow a proper investigation by the international community.

She said: “Iran is incapable of holding its own inquiry because it hasn’t done so in the past 28 years and because the judiciary is not separate from the executive.” 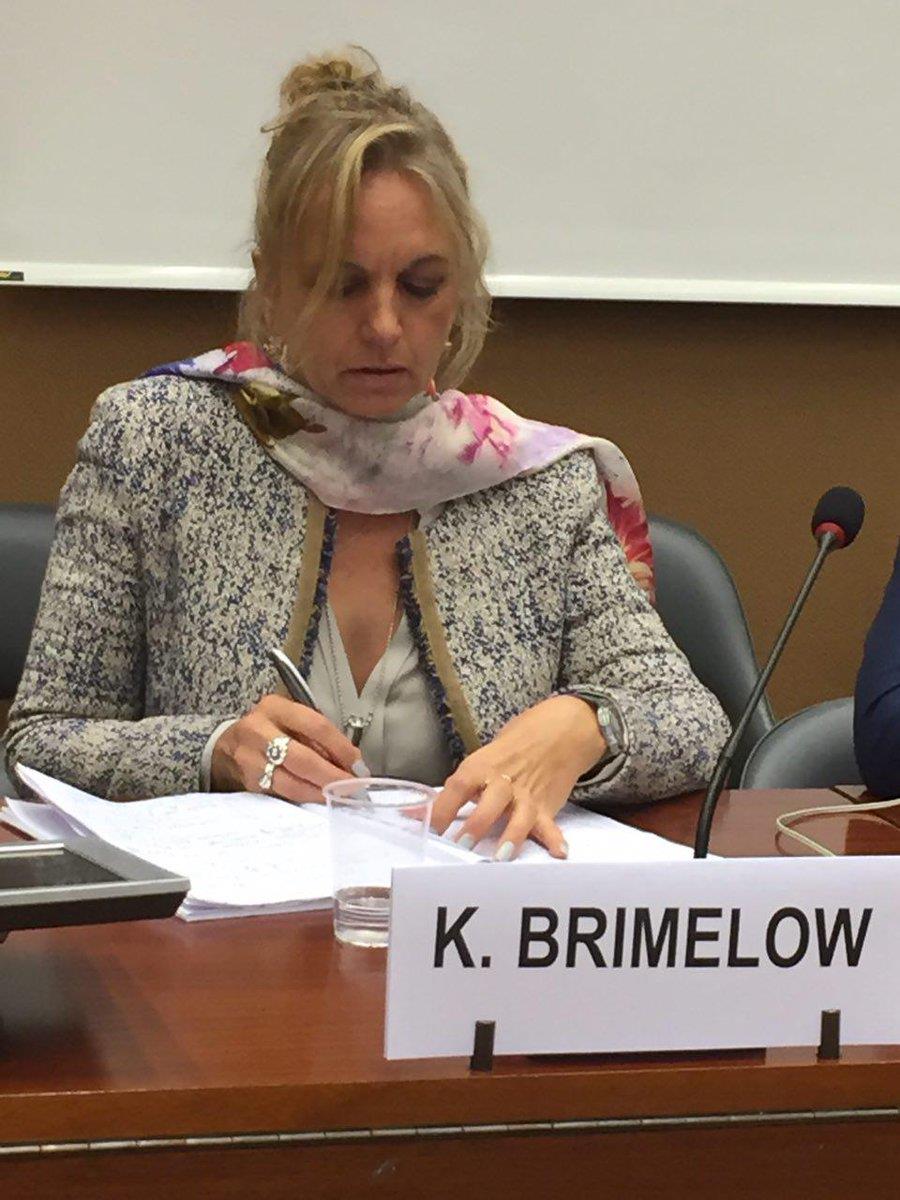 LaurenceFehlmann Rielle, member of the Socialist Party in Switzerland

Laurence Fehlmann Rielle, member of the Socialist Party in Switzerland, was introduced as the next speaker.

Felhmann Rielle noted that she was first made aware of the massacre by visits from the Iranian Resistance, including Rajavi, to speak about human rights.

She said that she was impressed by the women that she met who are involved in the Resistance and the fight for justice. She paid tribute to Rajavi for her fight for the freedom of Iran.

She emphasized that we must denounce the massacre and must remember that the victims included people who had already served their sentences, the elderly and children. She said that the People's Mojahedin Organization of Iran (PMOI/MEK) paid the highest price during the massacre as most of the victims were members of the PMOI.

She noted that the UN report may not go far enough but at least we cannot deny the massacre anymore. She said that we must keep up the pressure on Iran.

She also said that the human rights situation in Iran is still terrible, citing the recent hunger strike by the political prisoner in Raja’i Shahr prison.

Khazaei then opened the floor to heartbreaking testimony from witnesses of the massacre, mainly fellow political prisoners who escaped execution, mostly through luck. One of the witnesses said that the massacres did not begin in 1988 but on the first day of the Iranian Regime and is still continuing. 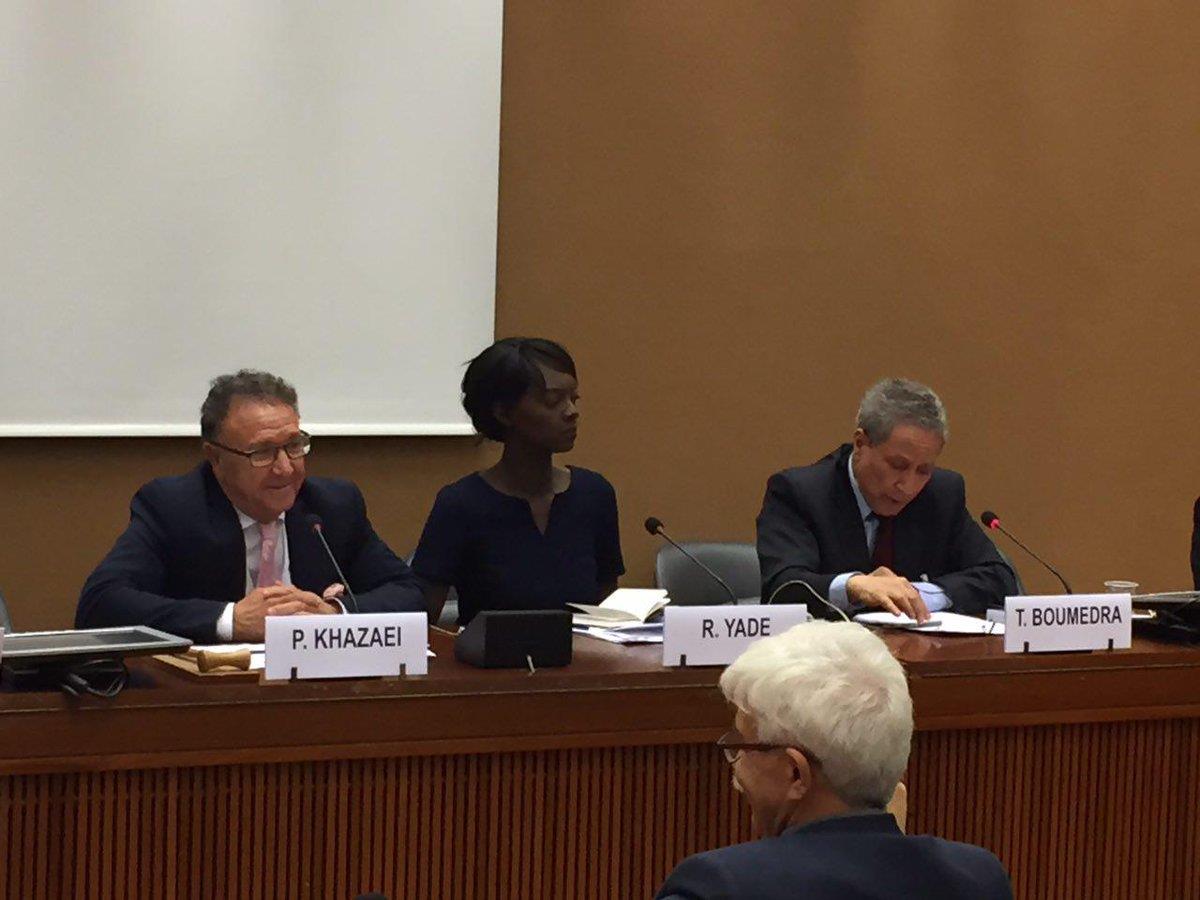 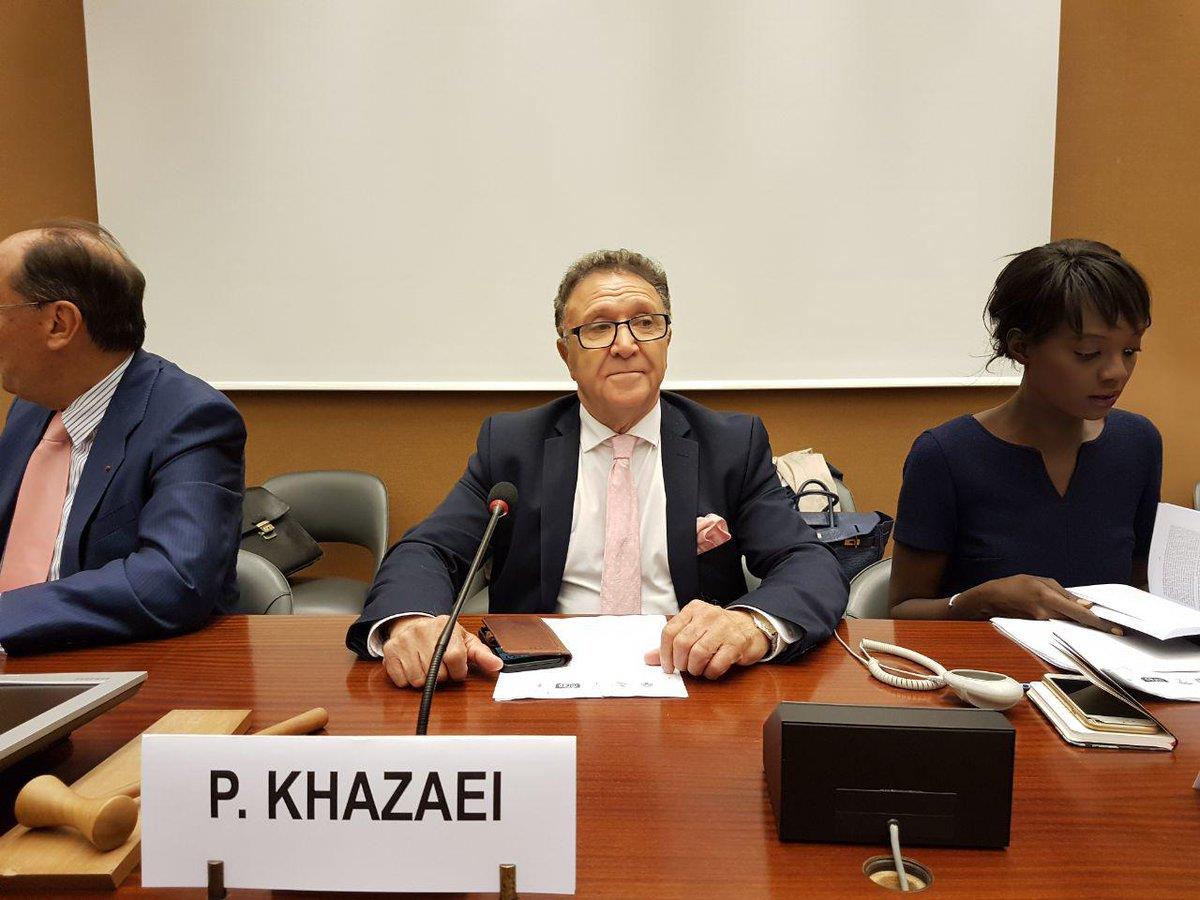