Speaking at a Security Council emergency meeting, Haley said North Korea's sixth nuclear test was a clear sign that "the time for half measures" from the UN had to end.
"Enough is enough," Haley said. "We have taken an incremental approach, and despite the best of intentions, it has not worked."
Haley began her statement by ticking through all of the resolutions the Security Council has passed in response to North Korea's provocations over the past two-plus decades, making the point that the UN has been united condemning Pyongyang but the efforts have not managed to stop its nuclear progress.
She said the US does not want war but will defend itself when North Korea is issuing threats with missiles pointed at US territories. 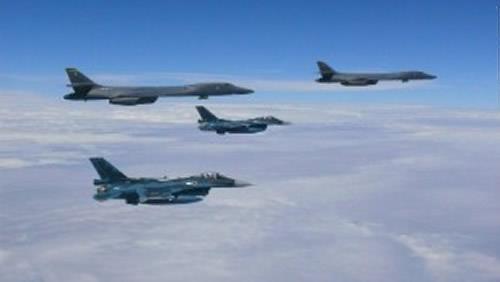 "War is never something the United States wants -- we don't want it now," Haley said. "But our country's patience is not unlimited. We will defend our allies and our territory."
The Security Council meeting was convened in response to North Korea's latest nuclear test, but it's the 10th time that the council has met on North Korea this year -- and the second time in less than a week, according to Jeffrey Feltman, UN under secretary for political affairs.
President Donald Trump has said in recent days that "talking is not the answer," and Defense Secretary James Mattis warned on Sunday of a "massive military response" to any threat from North Korea against the US or its allies.
But Trump has also targeted China as complicit in allowing North Korea's nuclear program to march on. On Sunday, Trump tweeted that the US was considering "stopping all trade with any country doing business with North Korea," which would include China. 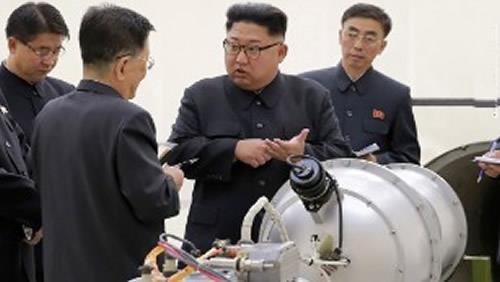 At the UN meeting Monday, Chinese Ambassador to the UN Liu Jieyi said the situation was "falling into a vicious circle" and urged North Korea to "stop taking actions that are wrong."
"We strongly urge the DPRK to face up squarely to the firm will of the international community on the issue of the denuclearization of the peninsula and earnestly abide by the relevant resolutions of the council."
At the same time, Liu cautioned against any military option.
"The peninsula issue must be resolved peacefully," he said. "China will never allow chaos and war on the peninsula."
Liu touted a proposal from China and Russia of a "suspension for suspension," also known as "freeze for freeze," where Pyongyang would freeze its nuclear program in exchange for the US and South Korea suspending joint military exercises.
But before he spoke, Haley called such a proposal "insulting."
"The idea that some have suggested a so-called 'freeze for freeze' is insulting," she said. "When a rogue regime has a nuclear weapon and an ICBM pointed at you, you do not take steps to lower your guard. No one would do that. We certainly won't."
Haley also indirectly called out China for its trade with North Korea, saying the United States would look at every country that does business with Pyongyang "as a country that is giving aid to their reckless and dangerous intentions."
She said that quickly enacting the strongest possible sanctions in the Security Council was the only way to resolve the issue diplomatically.
"We've kicked the can down the road long enough," Haley said. "There is no more road left."