AFP, Aug. 29, 2017 - Divers and police dogs backed by a helicopter took part in a massive hunt for a missing nine-year-old girl in the French Alps on Tuesday after she vanished during a family wedding at the weekend.
"Obviously, we are exploring all leads," local prosecutor Dietlind Baudoin told a news conference more than 48 hours after the girl, named as Maelys de Araujo, disappeared.
The girl has not been seen since around 3:00 am (0100 GMT) on Sunday when she was at the wedding with her parents and other family members in the town of Pont-de-Beauvoisin in the French Alps near the town of Chambery.
The party ended with guests frantically searching for Maelys after the DJ announced that she had disappeared, local reports said.
Regional police chief Yves Marzian said three sniffer dogs had all lost the scent from Maelys's cuddly toy at "the same spot" in the car park outside the venue.
"One of the possible theories is that little Maelys left in a car, one way or another," Marzian said.
A source close to the investigation said "each passing hour" makes kidnapping more likely than the possibility that Maelys was involved in an accident or ran away.
Posters of the chestnut-haired girl with brown eyes have gone up throughout the town and surrounding area and an investigation was opened Monday into a possible kidnapping.
Around 100 police, including divers, cavers and dog handlers, have been searching for the girl.
Divers could be seen searching for her in the nearby Guiers river on Tuesday.

The surrounding area is heavily wooded, with "very dense vegetation," the prosecutor's office said in a statement.
"Given the time that has elapsed since the disappearance of the young Maelys and given the resources that have been sadly deployed in vain to find her, the criminal possibility can no longer be ruled out," Baudoin said at the courthouse in nearby Bourgoin-Jallieu. 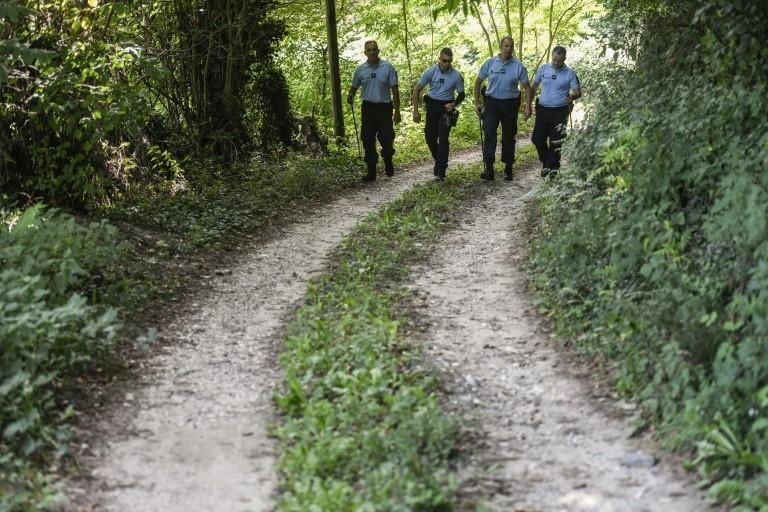 Around 100 police, including divers, cavers and dog handlers, have been searching for the girl

But she warned against "making hasty conclusions".
Wedding guests searched for the girl for about an hour before alerting the police, Baudoin said.
Police are questioning the 180 wedding guests as well as people who attended two other parties held in the town Saturday night.
So far, 140 people out of a total of 250 have been questioned, according to Didier Plunian, who heads the region's search and rescue unit.
The other parties took place in a parish hall and a bar, both near the wedding venue, Baudoin said.
The child's mother and other relatives were receiving psychological counselling, the RTL broadcaster reported.