LONDON, Reuters, AUG. 25, 2017 - A man with a “large knife” who assaulted two police officers outside Buckingham Palace on Friday night has been arrested, British police said.

The officers suffered minor injuries and were taken to a hospital for treatment. The man, who is in his mid-twenties according to the police, was arrested on suspicion of grievous bodily harm and assault on police near Queen Elizabeth’s London residence. 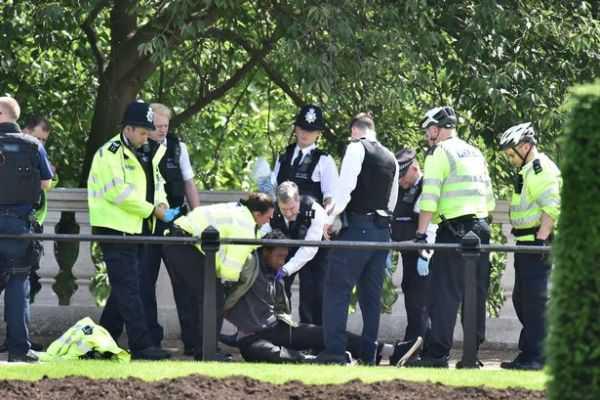 No members of the royal family were present in the palace at the time. A Metropolitan Police spokeswoman said she was unable to comment at this stage on the motivation for the incident.

Britain has been hit this year by four militant attacks in which 36 people were killed, and the country’s threat level is at severe, meaning an attack is highly likely.

A Reuters witness near the scene said police had cordoned off a large area for security, including The Mall, a wide avenue leading up to the palace. Footage on Sky News showed emergency vehicles lining the street outside the palace.

“The man was stopped this evening, Friday 25 August at approximately 20:35 hours (1935 GMT) by officers at the Mall outside Buckingham Palace in possession of (a) knife,” the police said in a statement.

“During the course of detaining him, two male police officers suffered minor injuries to their arm.”

The suspect was taken to a London hospital for treatment of minor injuries, the police statement added. There were no other reported injuries.

The police said the suspect will be questioned by detectives and that it is too early to speculate further.