IRAN: After the JCPOA, the amount of Iran's foreign debts?

Iran,  21 August 2017-- According to the News, the short-term foreign debts of the Iran regime has increased by 900%. The state-run websites on August 17, 2017, reported, "The Central Bank of Iran recently announced that the balance of payments in June 2017 indicates an increase of foreign debts in the 11th government. According to this report, the amount of short-term foreign debts reached $754 million dollars when Rouahni took the office in the first round. The debts have gone up and down over the past 4 years and they finally reached 3 billion and 472 million dollars with an increase of 360% by this year.

In other words, the short- term foreign debts rose 900% after the post-JCPOA period and they have increased by 3 billion and 121 million dollars.

The crippling debts arise from the blocked assets of Iran which were going to be released based on Iran Deal. Therefore, it was expected that Iran would be able to pay the foreign debts on time. Nevertheless, we witnessed the rise in debts.

Additionally, the long-term foreign debts have also increased after Iran Deal, as the Central Bank of Iran reported. An examination on the increase of these two debt indicators shows that the total foreign debts of the country have also risen by 2 billion and 842 million dollars over the past 4 years. The debts of Rouhani's government to the banking system have also doubled to 220 trillion Tomans.

The state-run Kayhan Newspaper on August 6, 2017, quoted the former MP and Member of the Expediency Council, Ahmad Tavakoli, reporting that, "The government's debts have increased to the banking system, the contracting system, the people, non-governmental public organizations such as the Social Security Organization and its employees. The government debts to the banking system have almost doubled and reached 220 trillion Tomans ($67 million)." 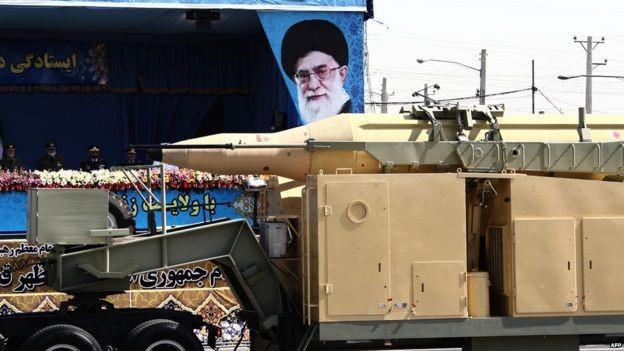 A government Economist: the European Banks Run the U.S. Directives, Not JCPOA!

A government economist admitted that the European banks execute the U.S. instructions as they have relations with this country.

On August 17, 2017, Bijan Abdi in an interview with YJC Website stipulated that the U.S. sanctions have a great impact on Iran's economy and the situation is deteriorating. He also added that the domestic productions have not increased and there is no other way to circumvent the sanctions.

Bijan Abdi also referred to talks with the P5+1, stating that, "As a member of this group, the United States has the authority to propose a bill and the other members cannot be in conflict with a superpower. Consequently, the bill will be passed and implemented. For instance, the European banks have extensive relations with the United States and when this country issues an order, they will inevitably step back. The scope of sanctions on missiles has also increased indirectly and directly."