What will Kim do next? Sixth nuclear test seen critical for North Korea

SEOUL/WASHINGTON, Reuters, AUG. 17, 2017 - North Korea says it has developed intercontinental missiles capable of targeting any place in the United States.

Now comes the hard part of fulfilling the declared goal of its leader Kim Jong Un: perfecting a nuclear device small and light enough to fit on the missile without affecting its range as well as making it capable of surviving re-entry into the earth's atmosphere. 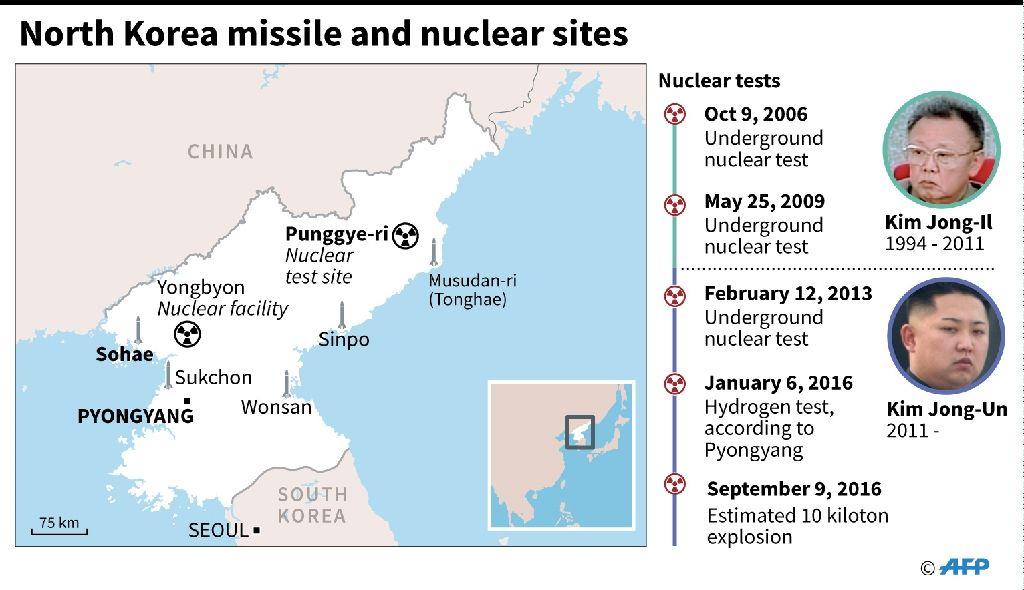 To do that, weapons experts say, the isolated state needs to carry out at least another nuclear test, its sixth, and more tests of long-range missiles.

North Korea's two tests of an intercontinental ballistic missile (ICBM) last month likely carried a payload lighter than any nuclear warhead it is currently able to produce, the experts said. 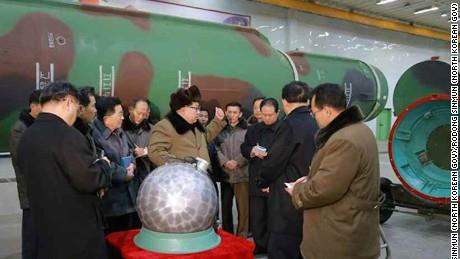 The North Korean leader, Kim Jong-un, with what the C.I.A. calls “the disco ball

One way to have a lighter warhead would be to concentrate on developing a thermonuclear device, or hydrogen bomb, which would offer much greater explosive yield relative to size and weight.

Pyongyang claims to have tested a hydrogen bomb, but this has not been proven, said Hans Kristensen, director of the Nuclear Information Program at the Federation of American Scientists.

"Doing so would take several more nuclear tests," he said. "The advantage of a thermonuclear warhead is that it packs a lot more power into less weight."

Choi Jin-wook, a professor of international relations at Japan's Ritsumeikan University and former president of South Korea's state-run Korea Institute for National Unification, said a sixth nuclear test would be essential for North Korea to develop an operational nuclear-tipped ICBM.

"In order to make a nuclear weapon deployable it has to be small and light, but North Korea doesn't seem to have this technology," he said.

South Korea's president said on Thursday Pyongyang would be "crossing a red line" if it put a nuclear warhead on an intercontinental ballistic missile, and U.S. President Donald Trump has warned that North Korea would face "fire and fury" if it threatened the United States.

For a graphic on North Korean missile trajectories and ranges, click here

North Korea is a highly secretive nation and predictions of what it will do next are often little more than conjecture. 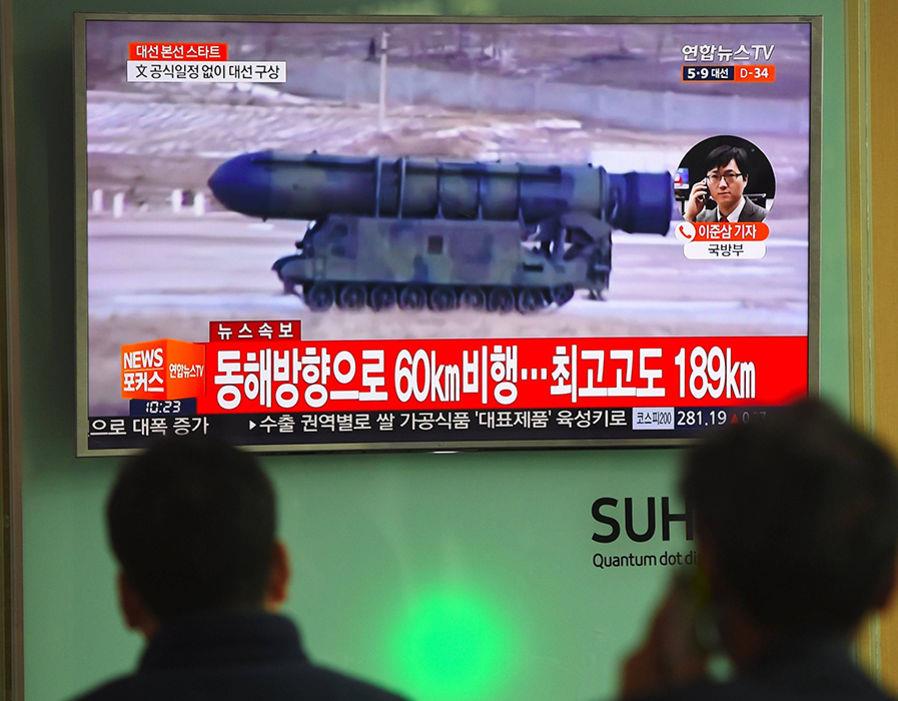 Still, Kim is likely to be carefully weighing the timing of even a new nuclear test because it will antagonize North Korea's sole major ally, China, and could trigger even tougher U.N. economic sanctions than those that followed ICBM tests in July.

A U.S. official, who asked not to be named, said that while periodic activity has been seen at North Korea's Punggye-ri nuclear test site, he had not seen movement there for over a month and there were no current signs of an imminent test.

A second U.S. official added that North Korea has had parts in place for a nuclear launch for months, but no new activity had been seen recently.

Besides developing a miniaturized hydrogen bomb, some experts say it appears Kim's rocket scientists have yet to master the technology to protect a warhead from the extreme heat and pressure of re-entering the earth's atmosphere after an intercontinental flight

"Miniaturization for ballistic missiles is only one of the many challenges of targeting the U.S. with an ICBM," said David Albright, a physicist and founder of the non-profit Institute for Science and International Security in Washington.

"The re-entry vehicle has to survive and the warhead work," he said. "I am skeptical that North Korea has mastered all these steps."

Among North Korea's capabilities in the field, U.S. intelligence officials have said it likely can produce its own missile engines and does not need to rely on imports.

After Kim Jong Un ramped up the pace of weapons development last year with numerous missile launches as well as two nuclear tests in January and September 2016, some observers had expected a sixth nuclear test as early as this January.

Instead, Pyongyang has spent most of the year testing various types of missiles. After its first and second ICBM tests in July, it threatened to land missiles in the vicinity of Guam, a U.S. Pacific territory, drawing a stern warning from Trump.

Pyongyang has since said Kim has delayed his decision on Guam.

The Punggye-ri site is just 60 miles (100 km) from the border with China and 125 miles (200 km) from Russia, and past tests have angered both countries and caused them to back increasingly tough U.N. sanctions.

Kim Jong Un, however, sees the ability to threaten the United States as essential to the survival of his personal rule.

"North Korea will conduct a sixth nuclear test in order to bring the United States to negotiations," said Yoo Ho-yeol, professor of unification and diplomacy at Seoul's Korea University.

"I don’t know exactly when (it will happen), but a sixth nuclear test is a less dangerous option for North Korea than firing missiles towards Guam."