Al Arbiya, 7 August 2017 - After what seemed to be a “struck by stardom” moment, members of the Iranian parliament are being criticized for their “unusual” behavior with the EU’s top diplomat, Federica Mogherini, the BBC reported on Sunday.

Mogherini was bombarded with MP members who asked to take selfies with her. The diplomat was in Iran for President Hassan Rouhani’s inauguration on Saturday. 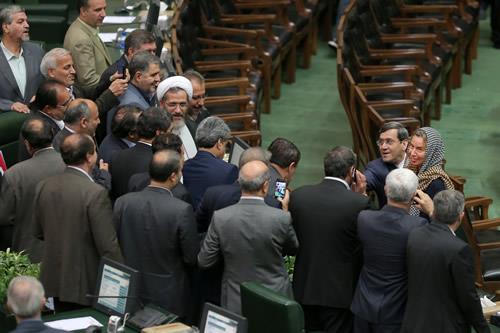 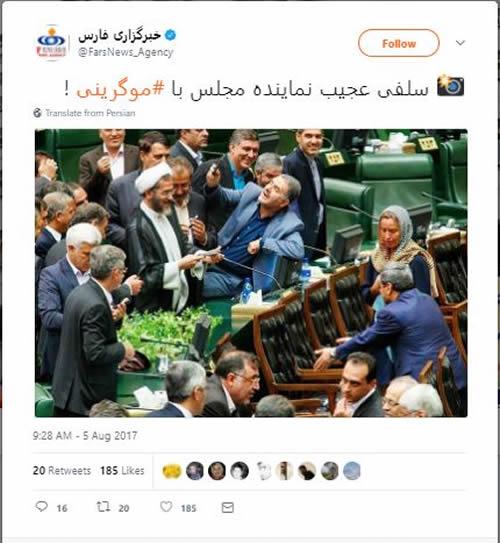 Social media users took to Twitter to reflect their position on the incident. Many referred to the scene as “humiliating” and “embarrassing.” Others posted images comparing the act to movie scenes. 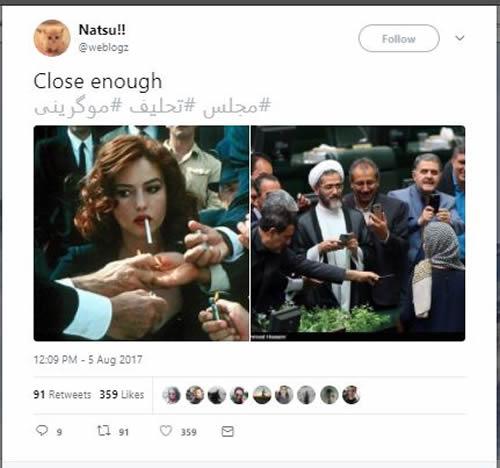 BBC quoted MP Alireza Salimi saying the behavior was a “self-surrender to the West.”

The news agency also cited Salimi saying that if other MP’s see the selfie occurrence as a “contempt for parliament, “a committee on the conduct of members may probe the incident.”

Speaking on the matter, Ahmad Mazani, one of the MP’s seen in the controversial pictures noted in a tweet that the crowd is a result of lawmakers being banned "from interacting with special guests" during the ceremony, the BBC added.

Rouhani’s cultural adviser Hesam Ashena said that the episode is a matter of “cultural rather than a political problem.” Similarly, adviser to former President expressed that perhaps Iranian MPs should take part in “a training course on codes of conduct and universal moral values.”

Mogherini has not issued a statement regarding the matter.