IRAN, 02 August 2017--The United States must confront the interference of the Iranian regime and Hezbollah in Lebanon.

Hezbollah is a branch of the Revolutionary Guards that is committing crimes in Syria and other countries.

Arabic SkyNews in a report on July 30, 2017 said: “In facing the Iranian regime’s threats in the Middle East and especially in Lebanon, where the regime uses Hezbollah militias to advance its goals, US President Donald Trump says that these militias are a threat to the Middle East. This regime has also caused human suffering in Syria. He emphasized that he stands against these militias. At the same time, Washington plans to apply more sanctions against this party as a terrorist group. The Lebanese government is afraid of the consequences of these sanctions on the Lebanese economy.” 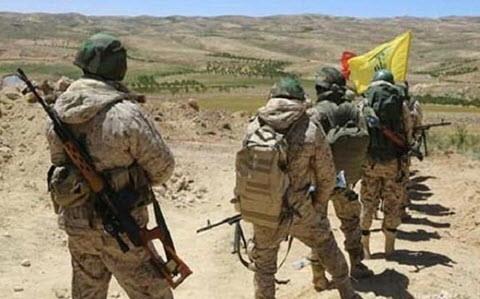 Hezbollah militias fight in Syria and go to other places like Yemen and other countries at the request of the Iranian regime.

Hossein Haqqani, former ambassador Os Pakistan to the United States, in response to the questions of where Hezbollah's control can be initiated, is America's role against the Iranian regime stronger than regional plans, and how can these actions be started, told SkyNews: “First we must understand that Hezbollah does not yield much power; rather its power is from sources that it has, and income and property that it has obtained through illegal and illegitimate activities, and from assistance it gets from #Iran.”

Haqqani added: “We should also understand that the group is currently a regional interventionist, it is not just a Lebanese force. They fight in Syria and go to other places like Yemen and other countries at the request of the Iranian regime. As I said in the past, this group is a branch of the Revolutionary Guards. I think that if it is a global pressure, it should be on the regime of Iran, rather than on Hezbollah.”

The former Pakistani ambassador emphasized: “Hezbollah is affiliated with the Iranian regime. In order to confront the malicious interference of this force, the presence of American forces in the region is required. The solution is the creation of an inclusive Lebanese government.”