85 civilian casualties in a month raise to more than 5300, the number of Syrian civilians who were killed in 22 months of Russian airstrikes

Despite its participation in several Syrian truces, the warplanes keep killing Syrian civilians on their land 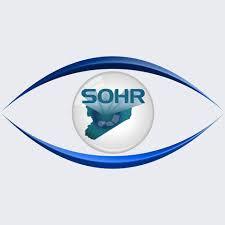 31 July 2017--Despite its participation in several Syrian truces, the warplanes keep killing Syrian civilians on their land
Although Russia has entered in truces in several areas in Syria; but these continuous truces wasn’t avoided of airstrikes carried out by the Russian warplanes on areas in Syria, killing and injuring more Syrians, and adding them to the massacres carried out by the Russian warplanes in 22 months of direct intervention in Syria, the airstrikes were started on the 30th of September 2015, and the Russian warplanes are still committing massacres and killing Syrian people, where the Syrian Observatory for Human Rights was able to document the death of 12477 civilians and fighters of the rebel and Islamic Factions, Fath al-Sham Front (al-Nusra Front formerly) and the “Islamic state” since the dawn of 30th of September 2015 until today the 30th of July 2017, they were killed by thousands of airstrikes which targeted several provinces of Syria, and Syrian Observatory for Human Rights documented the death of 85 persons at least including 22 children and 19 women between the 30th of June 2017 until today the 30th of July 2017, all of them were killed by the Russian airstrikes.

And the casualties of 21 months were:

– 3646 members of the “Islamic state” organization.

– 3509 fighters of the rebel and Islamic factions, Fath al-Sham Front, the Islamic Turkestan Party and fighters of Arab and foreign nationalities.

It is worth mentioning that Russia recently used the “Thermite” substance in their airstrikes, which is composed of aluminum powder and iron oxide, and causes burns because it continues to ignite for about 180 seconds, and it is inside the bombs used by Russian warplanes in recent weeks of bombing the Syrian territory, it is a cluster incendiary bombs, its type is “RBK-500 ZAB 2.5 SM” which weighs about 500 kg (about 1100 pounds) dropped by the military aircrafts, and carry small sized bombs anti-individuals and anti-vehicles of the type ((AO 2.5 RTM)), between 50 -110 small sized bombs stuffed with “Thermite”, which outpour out of it when they explode, the range of this anti-individuals and anti-vehicles bombs is between 20-30 meters.

We in the Syrian Observatory for Human Rights and through publishing the documented statistics of human losses, which the civilian Syrians are their main victims due to the military operations in Syria, in addition to documenting the war crimes and the crimes against humanity which are continuously committed in Syria, we are also seeking to send a message to the international community, carried through the cries and pain of the Syrian people, perhaps these shocking statistics, cries and pain may move the conscience of this community to act for the immediate sopping of the ongoing murders against the Syrian citizens, and to bring the criminals to the specialized international courts, so they get their punishment.