AFP, July 29, 2017 - Israel barred men under 50 from Friday prayers at a sensitive Jerusalem holy site after two weeks of tensions and deadly unrest, leading thousands of Palestinians to hold mass prayers outside.
Thousands of others entered the Haram al-Sharif compound, known to Jews as the Temple Mount, for prayers after Palestinians ended a boycott of the site the previous day.
Despite fears of violent clashes around the compound, which includes Al-Aqsa mosque and the Dome of the Rock, the area was largely calm following Friday's midday prayers.
Dozens of young Palestinians shouted and protested near one entrance to the compound and minor scuffles broke out with police.
Clashes did erupt between Israeli forces and Palestinians in parts of the occupied West Bank, including in the Nablus, Bethlehem and Hebron areas, the Israeli army said. 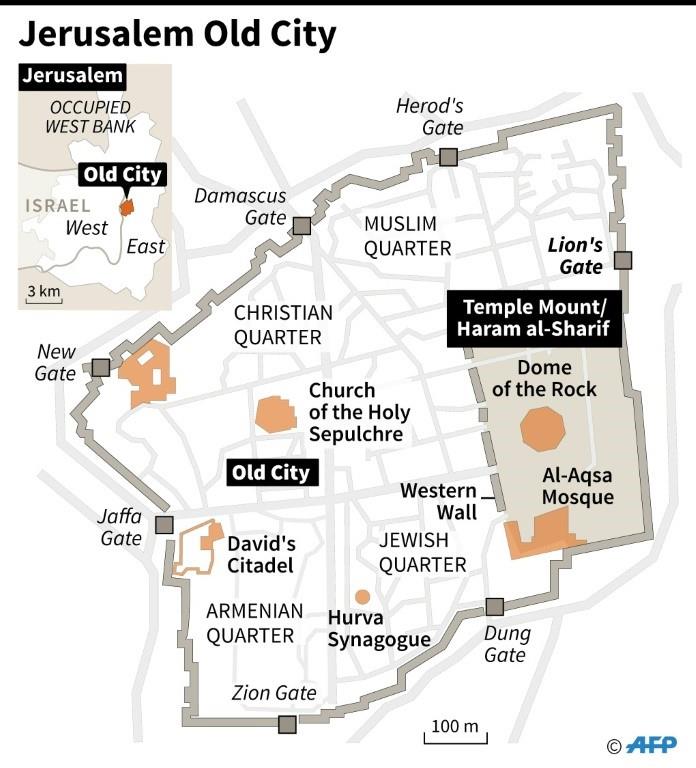 A Palestinian also attempted to stab soldiers at a junction in the West Bank and was shot dead by Israeli forces, according to the Israeli army.
The Palestinian Red Crescent recorded 52 injuries in total, including 22 from live or rubber bullets.
Tensions at the holy site were high -- even after thousands of worshippers returned to the compound on Thursday, ending a boycott over new security measures set up following an attack that killed two policemen.
The outside prayers on Friday were due to the Israeli age restrictions and were not the start of a new boycott, after Israel removed the security measures this week.
"It was a victory for you and for your beliefs and for Jerusalem," Grand Mufti of Jerusalem Muhammad Ahmad Hussein told worshippers at Al-Aqsa of the boycott.
Police said early in the day there were "indications that disturbances and demonstrations will take place today", prompting them to bar men under 50 from praying at Al-Aqsa. 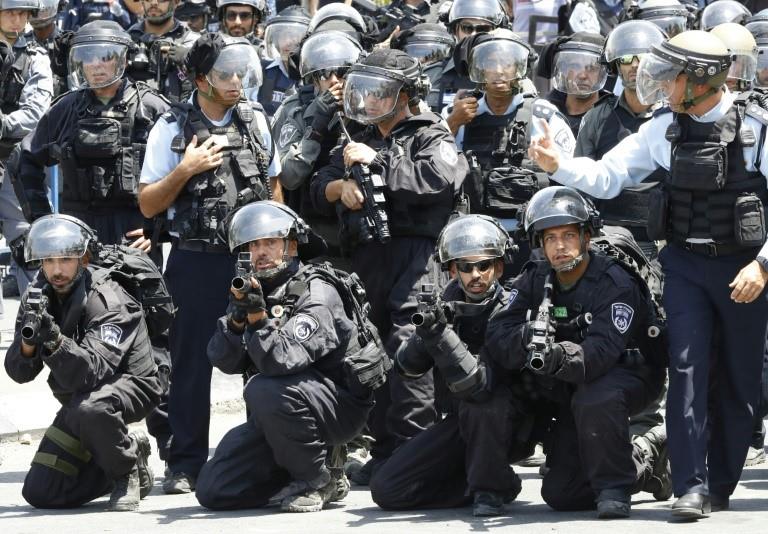 Roads around Jerusalem's Old City, where the compound is located, were closed and some 3,500 police were deployed.
Police said they had also removed a number of people who attempted to stay inside Al-Aqsa mosque overnight.
"It is a cowardly act," Amjad Hassoun, a young man from Jerusalem who was walking near the Damascus Gate entrance to the Old City, said of the age restriction.

On Thursday, the Palestinian Red Crescent said 187 people were wounded inside the mosque compound and in adjacent areas of the Old City after clashes erupted, with police saying stones had been thrown at officers.
Amnesty International alleged Israeli security forces fired "stun grenades, tear gas and sponge-tipped bullets into a peaceful crowd" at an entrance to the compound.
Some 119 people were detained, according to the Palestinian Prisoners Club, adding that 21 were still in custody, including nine minors. The Prisoners Club alleged a number of them were beaten by police.
Thousands of worshippers had earlier Thursday streamed into the compound for afternoon prayers for the first time in two weeks, ending a boycott after Israel removed controversial new security measures, installed after a July 14 attack killed two policemen.
Muslims had in previous days refused to enter the compound and prayed in the streets outside after Israel installed the new security measures.
Palestinians viewed the move as Israel asserting further control over the site.

Israeli authorities said the measures, including metal detectors, were needed because the July 14 attackers smuggled guns into the compound and emerged from it to attack the officers.
The United States lauded "the efforts undertaken to de-escalate tensions in Jerusalem".
Jordan, the custodian of Jerusalem's Muslim holy sites, welcomed the removal of the security measures but said Israel should not provoke Palestinians there.
"Unless Israel acts responsibly, then we'll be facing another crisis that will push us all towards the abyss," Jordanian Foreign Minister Ayman Safadi said on Thursday. 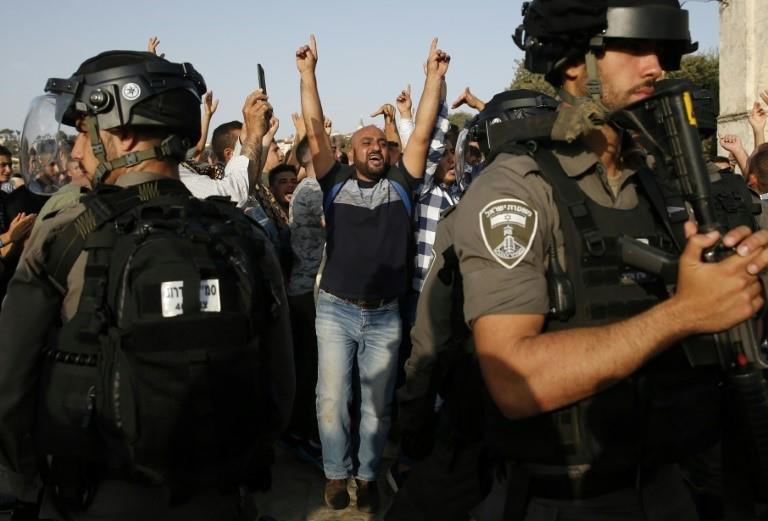 A Palestinian shouts slogans at Israeli police at Jerusalem's Al-Aqsa mosque compound as clashes break out after the ending of a two-week Muslim boycott on July 27, 2017

Deadly unrest had erupted in the days after the new measures were introduced, with clashes breaking out around the compound and in the West Bank, leaving six Palestinians dead.
A Palestinian also broke into a home in a Jewish settlement in the West Bank and stabbed four Israelis on July 21, killing three of them.
After intensive international diplomacy, Israel removed the metal detectors on Tuesday.
Newly installed railings and scaffolding where cameras were previously mounted were also removed on Thursday.
The removal was seen as a defeat for Prime Minister Benjamin Netanyahu, who had ordered the security measures and was forced to backtrack after warnings the unrest could spiral out of control.
It represented a rare victory for Palestinians, who remained united in their boycott.
Israeli officials had said they were to replace the new security measures with "advanced technologies" -- widely believed to be smart cameras with facial recognition technology.
Cameras are already widespread in Jerusalem's Old City.
The holy compound lies in east Jerusalem, seized by Israel in the Six-Day War of 1967 and later annexed in a move never recognized by the international community.
The third-holiest site for Muslims and the most sacred for Jews, it is at the heart of the Israeli-Palestinian conflict and has served as a rallying cry for Palestinians.
In 2000, a visit to the compound by then Israeli opposition leader Ariel Sharon helped ignite the second Palestinian intifada, or uprising.