In Iran, Thalassemia patients' lives are in danger

The lives of 60% of thalassemia patients are at risk

IRAN, 27 July 2017-- Thalassemia is described as a group of inherited disorders characterized by reduced or absent amounts of hemoglobin, the oxygen-carrying protein inside the red blood cells. There are two basic groups of thalassemia disorders: alpha thalassemia and beta thalassemia. These conditions cause varying degrees of anemia, which can range from insignificant to life threatening. 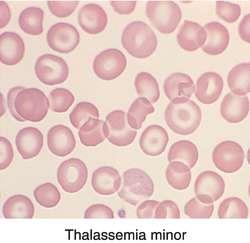 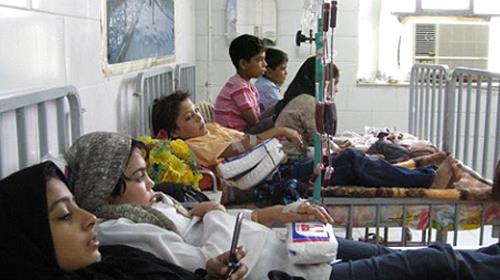 The primary substance of medicines comes from a variety of companies, and the product of each company may differ from the product of other companies. The molecule is the same, but the formula is different

The Thalassemia Association's president, in response to the discontinuation of the coverage of vital medicines in thalassemic patients, said that more than 60% of thalassemic patients have used imported drugs for many years, and once they turn into drugs produced inside the country, they create mental, psychological and physical problems for the patients.

The withdrawal of certain drugs for thalassemia patients, including desferal and oxidizing agents from the list of insured drugs, has been a source of concern for many thalassemic patients, because they have to pay a great deal to buy medicines for a month, and if they do not, their lives will be at risk and will face a lot of problems.

According to state-run ILNA news agency on July 24, 2017, Majid Arasteh, head of Thalassemia Association, said: “Due to the fact that the 2017 program and budget law announced that branded medicines produced in the country would not be covered by insurance, these drugs were withdrawn from the insurance list.”

He stated that approximately 60% of thalassemic patients are injecting drugs and about 40% of oral medications, and emphasized: “Among 60% of the patients who inject drugs, 60% also use brand medications. This drug has been on the market for many years and patients are used to taking it, and for the patients who have been taking the medication for nearly 40 years, putting an end will have mental, physical and psychological consequences.”

"The most important point is that these medications deal with the quality and condition of the patient's life, and therefore the patient's sudden rotation of a drug that has been used for many years to another drug would be very difficult,” he reiterated.

Majid Arasteh, referring to the quality of drugs produced locally and their responsiveness, stated: “Oral medicines produced locally for thalassemic patients in the second half of last year ranged from 4 to 5 months were rare and hard to find in the market and were not produce locally causing a lot of problems for the patients. If the law is to be implemented, the domestic manufacturing companies must pay attention to the quality of the products and to meet the market requirements, and not to let the drug enter the market and, after some time, discontinue its production.”

Regarding the quality of locally produced drugs and its complications for thalassemia patients he said: “The primary substance of medicines comes from a variety of companies, and the product of each company may differ from the product of other companies. The molecule is the same, but the formula is different. This drug can cause different reactions when it enters the body.