A Tribute to Zohreh, Who Taunted Her Torturers in Iran

The massacre of 30,000 political prisoners in Iran was a crime against humanity

American Thinker, July 21, 2017 - "The Nazi hunters from Germany were midway through a four-hour interview with Judith Meisel when they pulled out a photo of a young S.S. guard the 88-year-old Holocaust survivor hadn't seen for nearly 75 years." 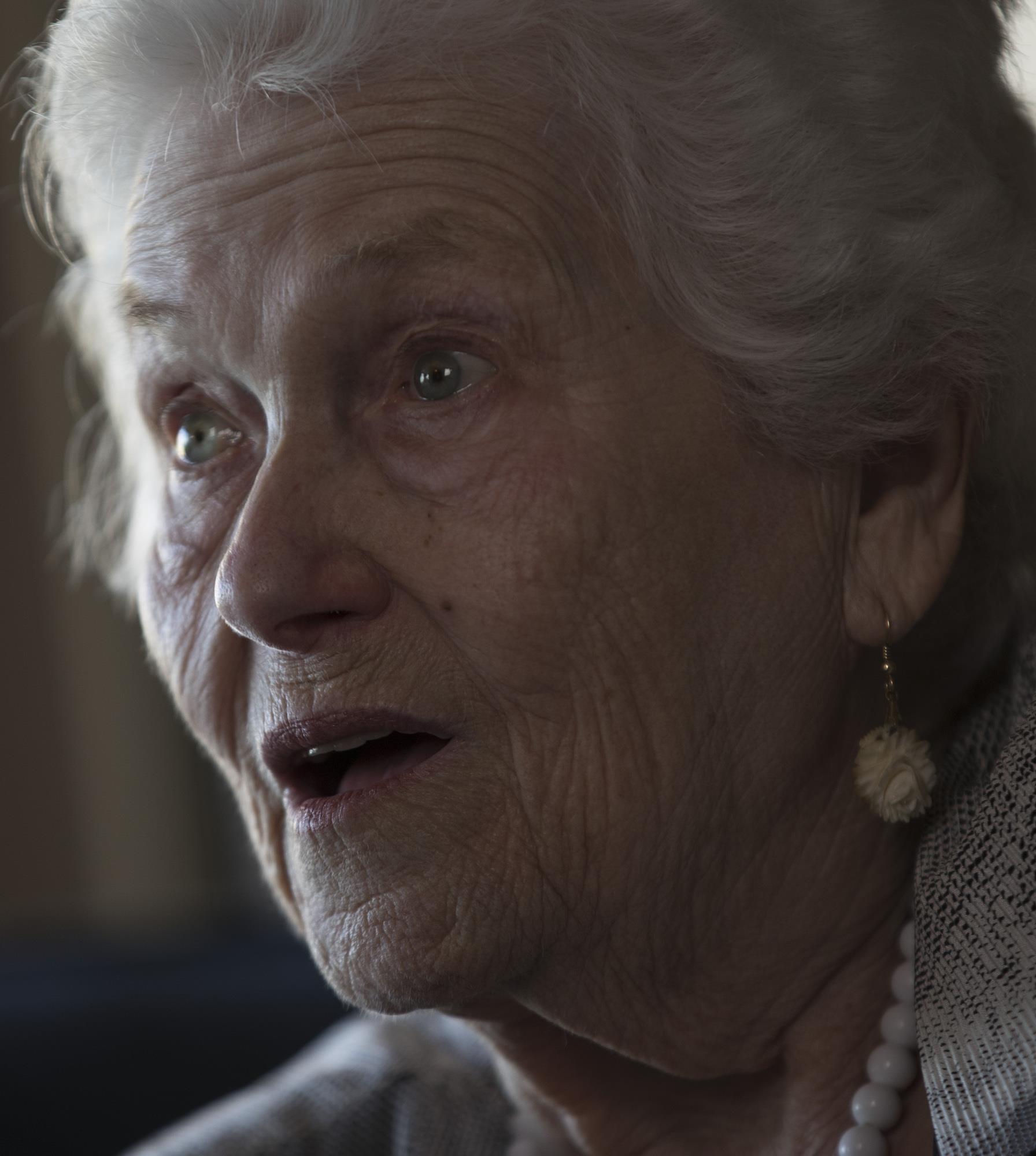 In a desperate, final dash to bring the guard and others to account for Nazi atrocities committed decades ago, investigators from Germany's Federal Justice Office, aided by FBI agents, visited Meisel's St. Louis Park, Minn., home last month after once thinking that there were no more living survivors of Stutthof. Founded by German authorities after an internet search, Meisel offers a rare chance for prosecutors to present one more survivor's account of a brutal camp in Poland where 60,000 died. 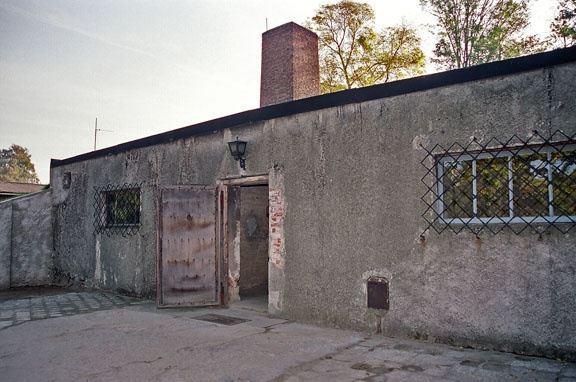 The door into the oven room at the Auchwitz main camp

"I think it's important to send the message that no matter how long ago these crimes were committed that humanity will seek justice until it can no longer do so," said Gregory Gordon, a former federal prosecutor who worked on cases involving Nazi war criminals. 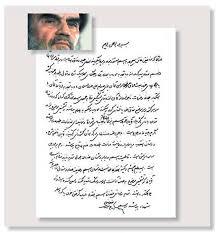 Although history will never forget the lessons and memories of Holocaust, ironically, history repeats itself with similar events.  The dates and the names of the players may change, but the general motifs remain the same.

Zohreh Heydari was a 17-year-old Iranian woman from the city of Qom (125 kilometers by road southwest of Tehran).  She was part of the first group of people who were taken away during the massacre in the summer of 1988, executing more than 30,000 people in Iran.  She was sentenced in court to 70 lashes, and the night prior to her execution, she received those 70 floggings. 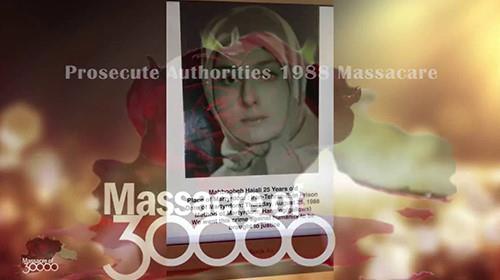 Mass execution of more than 30,000 political prisoners in 1988 in Iran

The massacre of 30,000 political prisoners in Iran was a crime against humanity.  Khomeini desired to get rid of his main opponents and guarantee the survival of his regime.  After three decades, there is a movement seeking justice for that massacre and the other crimes conducted by the Iranian regime.
Zohreh Heydari is certainly an inspiration to all those women now continuing the struggle against Iran's corrupt, misogynist mullahs.  Her courage and bravery, her capacity to take risks, and her strong willpower contributed to her mature appearance.

"She was arrested while trying to escape the country," said her fellow inmate, "on her way to joining the resistance.  She underwent a tremendous amount of torture and used to recount her memories from the period of interrogation.  She used to say, 'The torture room seemed so small to me that upon my return to my cell it felt as if I have stepped in to a hotel. I would take advantage of that space until it was time to return for more torture the following day.'" 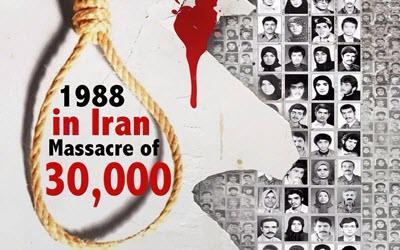 In the summer of 1988, the Iranian regime summarily and extra-judicially executed tens of thousands of political prisoners held in jails across Iran.

Zohreh used to stand steadfast against the interrogators from the Iranian Revolutionary Guard Corps.  Whenever the Iranian Revolutionary Guards (IRG) in Evin Prisonwould rush into our cells to attack us, they would directly go to Zohreh and assault her, assuming she was guilty and responsible for everything.
She used to suffer from severe migraine headaches.  "They used to rush into our cells with their lashes, beating everyone.  Due to Zohreh's headache, she had not partaken in our protest this time around.  However, Halvaee, that evil executioner who had a particular hate for Zohreh, directly approached Zohreh and started kicking her with his heavy boots.  Zohreh started yelling, 'You malicious, dirty guard, leave me alone!  Don't you get close to me!'  It was exactly because of her continuous persistence that we had nicknamed her 'Waterfall.'  Her shouts were similar to the roar of the waterfall as it continuously pounds upon falling."

Zohreh and I were on a hunger strike together for a month in Gohardasht Prison.  When we were transferred to solitary confinements, our cells were near each other, so we were able to know how the other was doing. 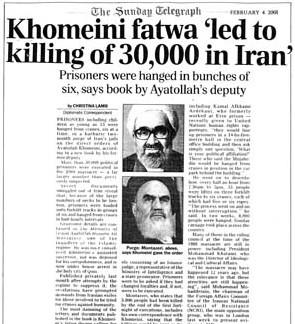 However, this presidential election has set the stage for the Iranian people and the international community to witness the most unprecedented confessions.

We preoccupied ourselves by learning various languages and dialects such as Azeri, Shomali, and Kurdish.  Ever since those days, the Azeri word "oushachlar," meaning "friends" or, more colloquially, "guys," has become very popular and is still used to this day.  That's how we used to refer to each other.  And that's how the word "waterfall" (Aabshar in Farsi, phonetically similar to Oushachlar in Azeri) came to signify Zohreh.

Whenever we were moved or transferred to different cells, Waterfall was the one in charge of announcing wake-up calls and blackouts.  In fact, her voice was so loud and clear, as if it were coming through a speaker, reaching from one side of the hall to the other.  She was also in charge of announcing daily prayers while in solitary confinement.  Each morning, she would yell out, "Hey, oushachlar [guys], good morning!"  At the time of prayers, she would call, "Oushachlar, it's time for prayers.  Let's pray together."  And at the end of prayers, she'd say, "May God accept our prayers, oushachlar."  When they turned off the lights at nights, Zohreh's loud and clear voice would break the silence in our cells by wishing everyone a good night.  All the guards recognized Zohreh's voice and knew that Waterfall was her nickname.  She was not afraid of anyone and would face them all singlehandedly. 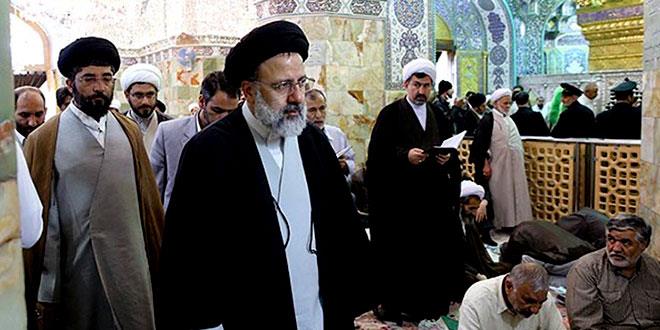 The female guards were not capable of punishing or silencing her, hence they always sent brutal male torturers.  One day, as dusk was falling, she called everyone to prayers.  "Oushachlar, it's time for prayers!"  We all stood up in our cells for prayers.  Like the usual routine, she called out, "May God accept your prayers" once we had finished.  She hadn't fully completed her sentence when we heard her cell's door open, followed by the voices of three men.  We realized they had been waiting to attack her after our prayers.  On the one hand, we could hear the beatings of those three heinous torturers, and on the other hand, Zohreh's voice, shouting, "Get out of my cell, you evil bastards!  Don't you touch me!"
An hour of this unjust but proud battle continued.  The rest of us who were in the surrounding cells started banging on our doors and yelling to leave the poor girl alone.  We didn't know what had happened to Zohreh, as she had gone silent.  The beatings had continued for more than an hour.  Only the voices of those three who were taking out their revenge and hatred on her could be heard.  They left her cell after a while, and although we kept calling Zohreh, she didn't respond to any of us.
We were all very sad and worried about her health.  A heavy silence fell upon our ward.  That night, we didn't hear Waterfall's voice calling out the usual "Goodnight, oushachlar!"  But somebody else repeated the exact line on her behalf.  We had no news of her state all night long. 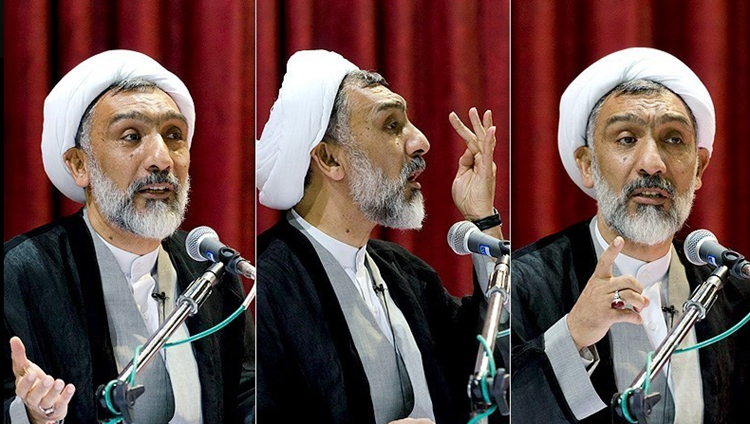 Shortly before dawn, at the time of prayer, our heroine once again, with her waterfall-like roaring voice, stronger than ever, yelled out, "Time to wake up, oushachlar!  It's time to pray."  And it was Waterfall's voice that ended our prayers with the usual "May God accept our prayers."

She made our enemy understand that even with violence, torture, and brutality, they cannot stop our roaring Waterfall from defending her rights against misogynist mullahs.

Hassan Mahmoudi is a human rights advocate, specializing in political and economic issues relating to Iran and the Middle East.