Delaware-size iceberg has broken off Antarctica

ABC News, Jul 12, 2017-- An iceberg almost the size of Delaware has broken away from Antarctica, scientists said Wednesday.

The massive iceberg, measuring 5,800 square kilometers and weighing more than 1 trillion metric tons, broke off, or calved, from the Larsen C Ice Shelf on the Antarctic Peninsula sometime Monday through Wednesday, according to scientists at the University of Swansea in England and at the British Antarctic Survey in Wales. 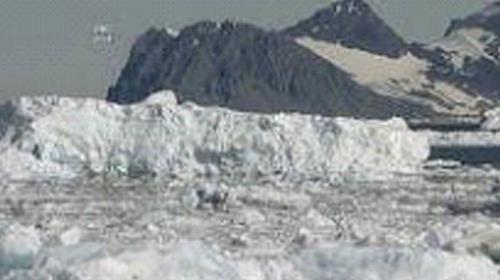 The iceberg is one of the largest on record.

For years, the research teams have been monitoring a vast rift in the ice shelf, using European Space Agency satellites. They said the iceberg has been close to calving for months.
"We have been anticipating this event for months, and have been surprised how long it took for the rift to break through the final few kilometers of ice. We will continue to monitor both the impact of this calving event on the Larsen C Ice Shelf and the fate of this huge iceberg," said Adrian Luckman, a professor at Swansea University and the lead investigator for Project MIDAS, which has closely followed the iceberg's developments.

"The iceberg is one of the largest recorded, and its future progress is difficult to predict," he added. "It may remain in one piece but is more likely to break into fragments. Some of the ice may remain in the area for decades, while parts of the iceberg may drift north into warmer waters." 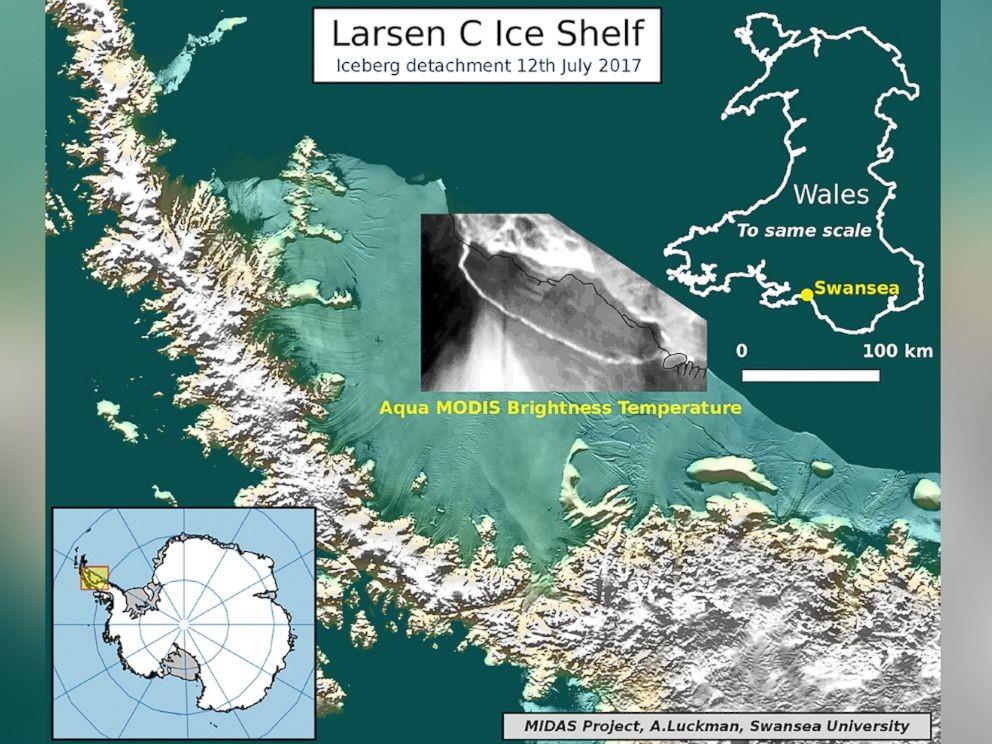 An illustration depicting an iceberg detachment from the Larsen C Ice Shelf in Antarctica, July 12, 2017.

Scientists said the giant iceberg, which will likely be named A68, was floating before it split off, so there will be no immediate impact on sea levels. But the calving left the Larsen C Ice Shelf reduced in area by more than 12 percent, leaving the "landscape of the Antarctic Peninsula changed forever."

The Larsen A and B ice shelves, which were farther north on the Antarctic Peninsula, collapsed in 1995 and 2002, respectively.

"This resulted in the dramatic acceleration of the glaciers behind them, with larger volumes of ice entering the ocean and contributing to sea-level rise. If Larsen C now starts to retreat significantly and eventually collapses, then we will see another contribution to sea level rise," said David Vaughan, a glaciologist and the director of science at the British Antarctic Survey. 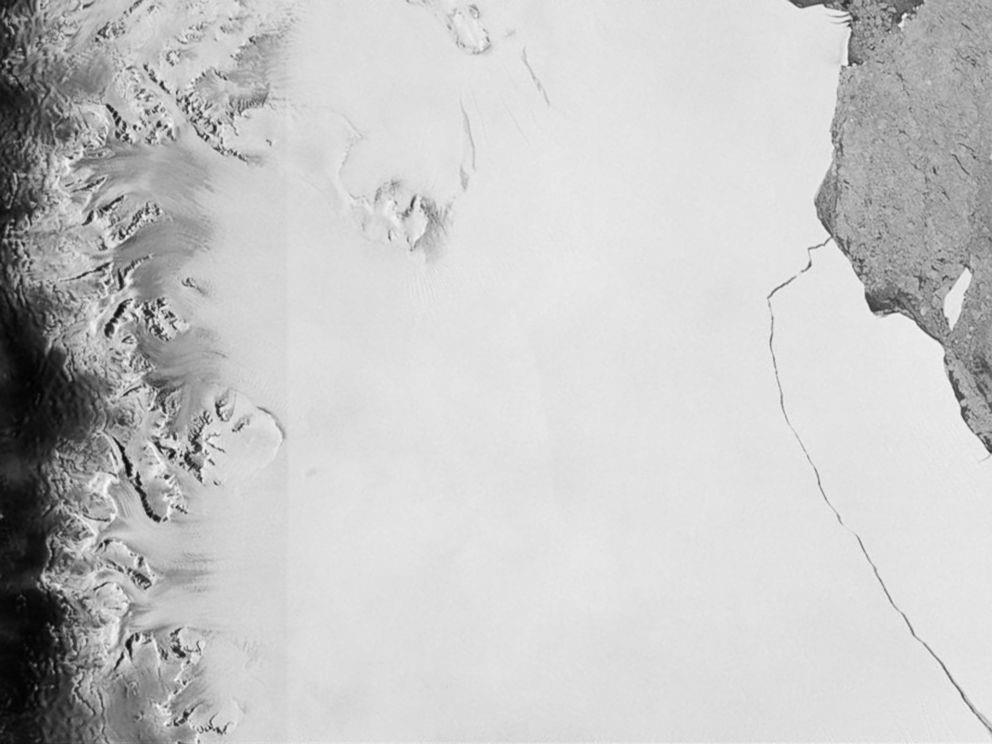 A section of an iceberg about 6,000 sq km broke away as part of the natural cycle of iceberg calving off the Larsen-C ice shelf in Antarctica in this satellite image released by the European Space Agency, July 12, 2017.

Both research teams said they don't believe man-made climate change is causing the large icebergs to break off Antarctica.
"However, around the Antarctic Peninsula, where we saw several decades of warming through the latter half of the 20th century. We have seen these ice shelves collapsing and ice loss increasing," Vaughan said. "There are other parts of Antarctica that are losing ice to the oceans, but those are affected less by atmospheric warming and more by ocean change."
"Larsen C itself might be a result of climate change, but in other ice shelves, we see cracks forming, which we don’t believe have any connection to climate change," he added. 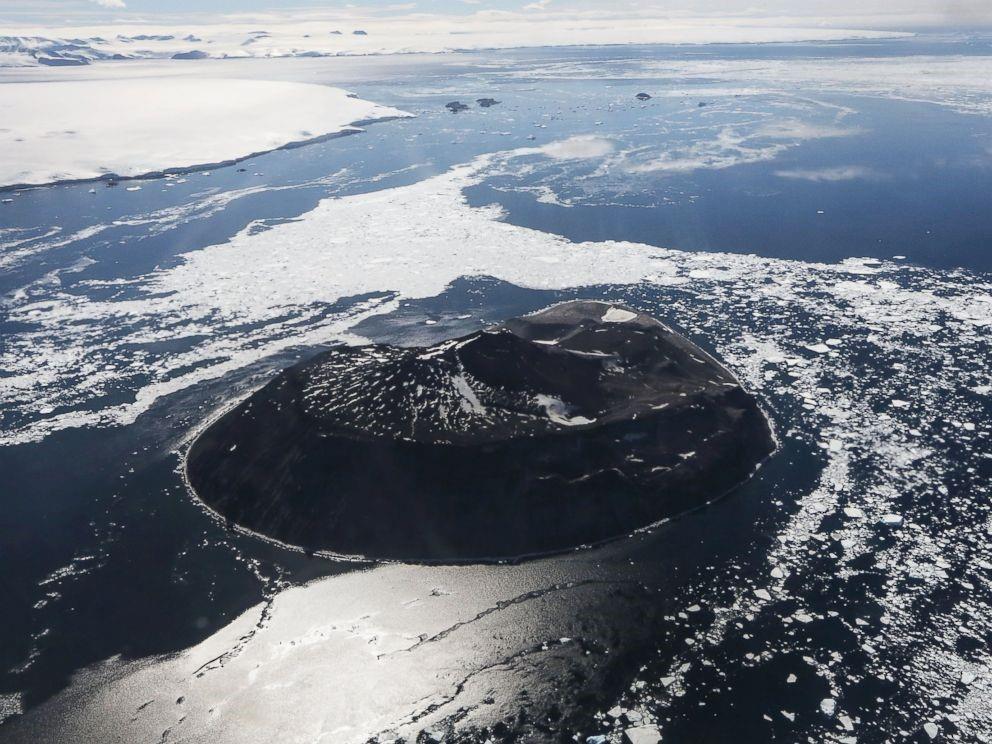 Although the giant calving is being considered a natural event, scientists said the ice shelf is now in an extremely precarious position.
"This is the furthest back that the ice front has been in recorded history. We're going to be watching very carefully for signs that the rest of the shelf is becoming unstable," Luckman said.
"In the ensuing months and years, the ice shelf could either gradually regrow or may suffer further calving events, which may eventually lead to collapse. Opinions in the scientific community are divided," he added. "Our models say it will be less stable, but any future collapse remains years or decades away."