Reuters, Jul 7, 2017-- At least 23 Egyptian soldiers were killed and at least 26 more injured by the two deadly car bombs that ripped through army checkpoints in northern Sinai on Friday, security sources said.

The two cars exploded on a road outside the border city of Rafah. No group has claimed responsibility for the attacks. 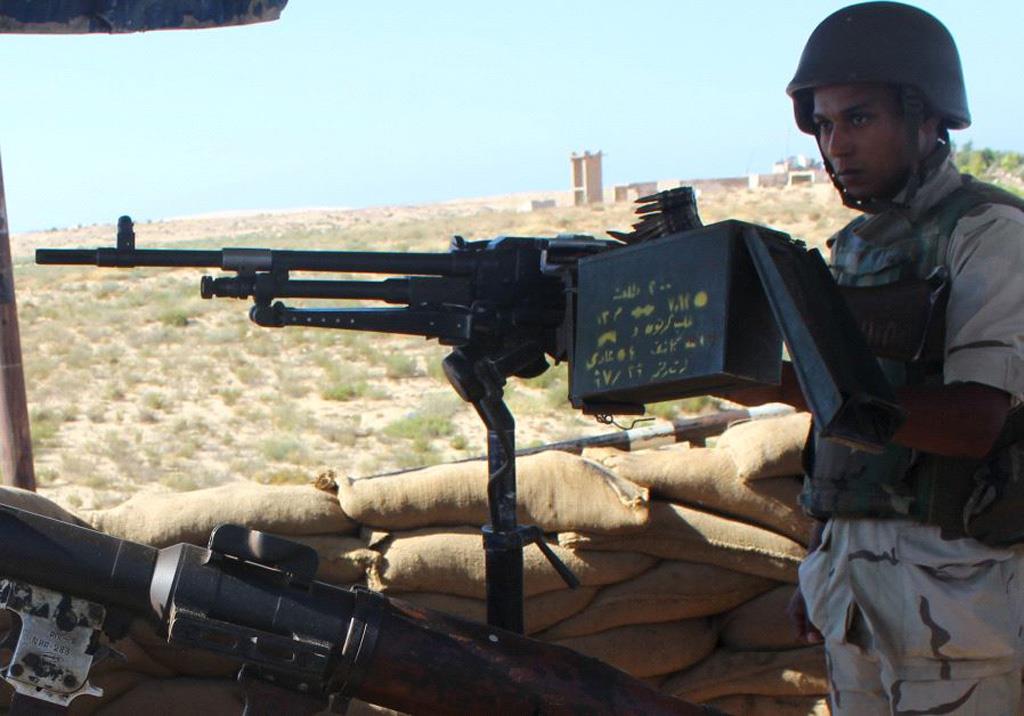 An Egyptian soldier while viewing Bonnie and protective shielding region