The Baghdad Post, 20 June 2017 - As a reflection of deteriorating financial and economic conditions in Iran, many of the country's banks have declared their bankruptcy and others are on the verge of declaring it.

This reveals how the policies adopted by Iran's Supreme Leader Ayatollah Khamenei will eventually force Tehran into abyss. 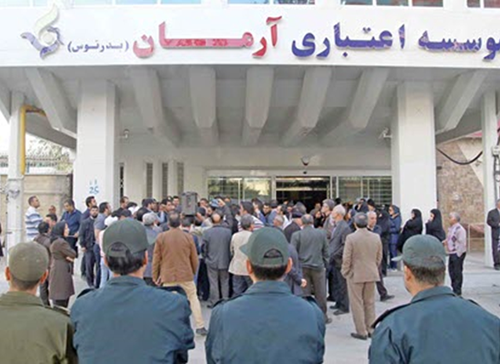 The Iranian police have recently attacked dozens of people who demand recovering their funds from Samen Alhojaj financial institution in Tehran after it was reported that the institution, which has many branched across Iran, has gone bankrupt.

Although the financial institution has issued a statement denying going bankrupt, many Iranian news agencies exposed its lies, particularly after it had closed many of its branches in the country for not being able to meet auditors demands.

Caspian financials and Arman financial institutions have made headlines in Iran after they failed to return investors' funds. 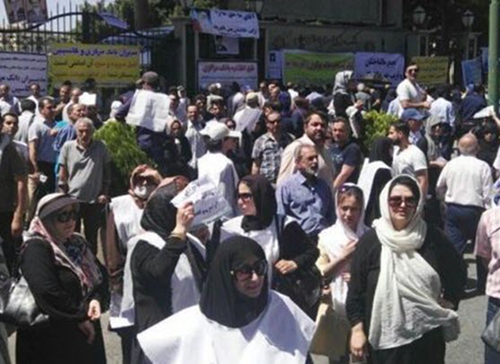 Economists say that the problem facing Iranian banks is due to an economic recession in Iran. They noted that these banks have bought real estates and signed commercial and industrial projects without being able to turn its immovable property into cash to pay depositors' financial dues.

Moreover, they stated that Iranian financial institutions offer interest rates ranging between 20-35% on deposits in the Iranian currency.

This lures depositors to deposit their money in these institutions, which are exempted from taxes, aiming to make high profit against the backdrop economic stagnation in the Iranian market.

There are 7,000 financial institutions in Iran, sources told The Baghdad Post, adding that some of them have no license from the Central Bank of Iran (CBI).

However, they offer interest rates and accept financial deposits, the sources noted.

Meanwhile, 20% of cash is controlled by six unlicensed financial institutions.

For this reason, CBI's Governor Valiollah Seif has announced recently a program to tighten control on unlicensed financial institutions, in collaboration with the police and the judicial system, to maintain citizens'
deposits. 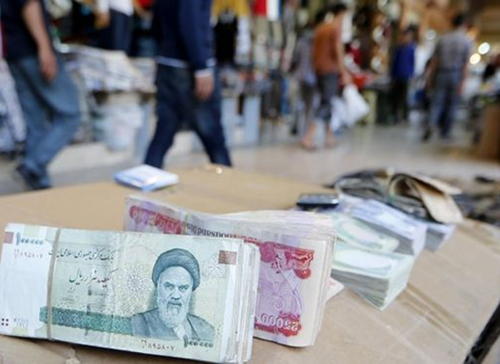 Financial analysts believe that the government of former Iranian president Mahmoud Ahmadinejad is responsible for the current economic situation in the country.

Then, the government allowed establishing private banks and financial institutions that contested to offer high interest rates without having financial controls in place.

This led to the collapse of these institutions while some private banks face financial problems, which were reflected in the recent television debates of presidential candidates.

Most of Iran's banks have gone bankrupt, MP Ali Reda Zakani said, adding that the government is covering up this catastrophe.

Journalist Ali Bakzad said in an editorial that the previous government addressed cash flow problem by printing money without having a financial envelope.

He warned that the bankruptcy phenomenon may spread across the Iranian banking system.

Last year, 12 Iranian banks have gone bankrupt due to offering high interest rates on deposits and maladministration of banks.

Despite signs of strong growth last year, the country’s ailing banking system is slow to recover.

Iran still lacks a well-functioning banking sector that enables it to absorb massive FDI to help diversify the economy. The country is still trying to reform its banking sector after years of unhealthy practices under the Ahmadinejad administration. 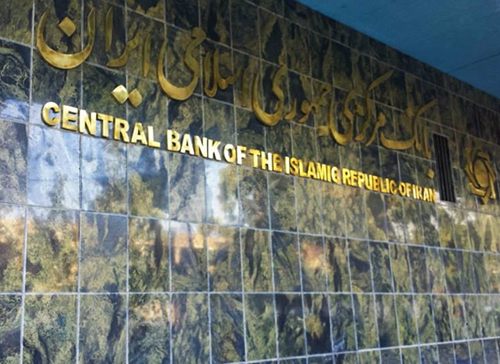 Means to avoid a banking crisis

According to financial analysts, there are two main approaches on how to avoid a looming banking crisis in Iran.

The first is to get the CBI to implement a major quantitative easing (QE) program in a bid to provide troubled banks with immediate liquidity.

The second, less risky, solution aims to help out financial institutions without QE.

However, advocates of the latter approach are very worried about the inflationary consequences of the CBI printing money. As such, they urge banks to embrace structural reforms and address their nonperforming loans (NPLs), which are estimated at 1,100 trillion rials ($33.9 billion) in value, in a more serious way.