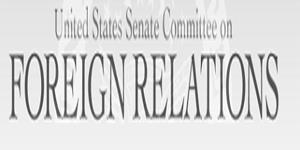 “I strongly condemn yesterday's heartbreaking attack in Manchester. I want to express my sincere condolences to the families of those who lost loved ones, especially the innocent and defenseless children who were brutally killed. As a father and grandfather, I mourn with them and I am praying for the recovery of the injured. The United States stands in firm solidarity with our friends in the United Kingdom. The U.S. should provide all necessary assistance as British authorities work to bring those responsible to justice.”