New York , AFP, 19 May 2017 - A US Navy veteran who plowed a car into pedestrians in New York’s Times Square, killing a woman and injuring 22 other people, has been charged with murder and attempted murder, police said Friday.

Thursday’s incident sparked fear in the US financial capital after deadly car-rammings in London, Berlin and the French city of Nice, but authorities said there was no evidence the crash was terror-related.

Richard Rojas, 26, from the Bronx, was arrested at the scene and later charged with murder in the second degree, 20 counts of attempted murder and five counts of aggravated vehicular homicide, police said. 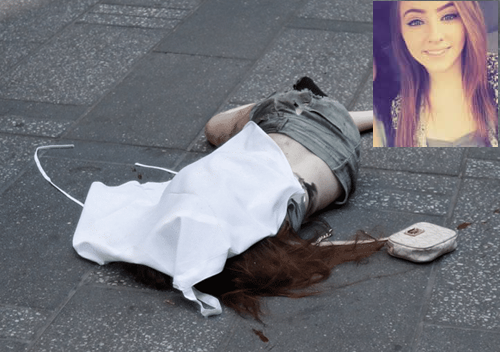 The dead woman was named as 18-year-old Alyssa Elsman from Portage Michigan. Her 13-year-old sister was among the injured. Four of the injured were in a critical condition, officials said.

Rojas drove his Honda Accord, smashing into pedestrians after mounting the sidewalk for three blocks at high speed, before colliding with a metal pole and came to a stop, police said.

He was arrested for drunk driving in 2008 and 2015, and detained earlier this month on charges of menacing, police said. He was submitted for drugs and alcohol tests after his arrest Thursday.

The Navy said he served from 2011 to 2014. He was awarded the National Defense Service Medal, and had been based in Florida, Illinois and South Carolina.