The incident began Wednesday morning in a residential neighborhood in New Jersey's capital when U.S. Marshals went to a home to attempt to serve a warrant, officials said. The suspect, 35-year-old Tyleeb Reese, who was inside the home, allegedly fired on the marshals. The officers backed out of the house while under fire, officials said.

A bystander outside the home was crawling on the ground for safety when he was struck by gunfire and died, according to ABC affiliate WPVI in Philadelphia.

Resident Roseman Pilot told WPVI, "I come right out and see a body laying on the ground, cops hiding behind cover. It was crazy." 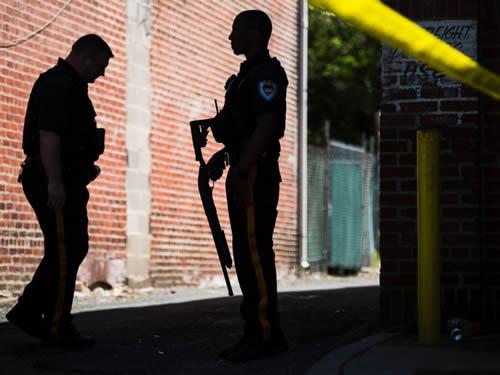 Armed officers were seen helping neighbors to safety on Thursday. 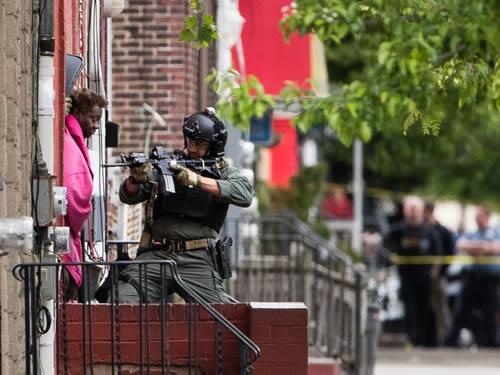 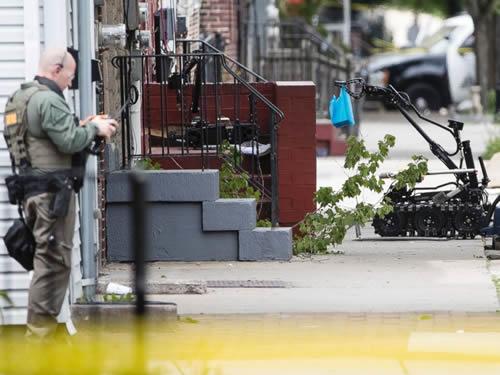 Officers also used bullhorns to negotiate with the suspect, saying things like, "I want this to end peacefully," and, "We have not tried to hurt you."

Gunfire between the police and the suspect was heard early this morning.

Authorities have deployed tear gas and have sent in a robot with a cellphone in an attempt to talk the suspect into surrendering.