All former US presidents failed with Iran

The map of Nuclear sites in Iran

Tuesday 2 May 2017 - We have heard it for almost four decades. Everyone thought it would work. Six US presidents tried it and failed repeatedly.

Addressing Iran by engaging with or appeasing it one way or another.
Iran is a top national security threat to the US. Since the establishment of the Islamic Republic in 1979, many American generals have echoed what US Secretary of Defense James Mattis once remarked: That the three primary threats the US faced were “Iran, Iran, Iran.”
The Iranian government is sworn to incapacitate and damage the US. Many lives of Americans have been lost due to Iran and its proxies.

The Iranian government’s foremost and unchangeable slogan has been “Death to America, the Great Satan.”

Since 1979, Iranians have been told that they can change their leaders. That they can be made not to hate and hurt the people.

What was the result? Iran took 52 American diplomats and citizens hostage and held them for 444 days until Carter left office.

Former President Ronald Reagan took a tougher stance, but it was not adequate.
His tougher position did help release the hostages, but he thought that engagement might change Iran’s antagonism toward Washington.

Instead, Tehran expanded its influence in Palestine, Lebanon, Syria and Iraq, and promoted radical Islam.

George H. Bush came to office addressing Iran with “Good will begets good will. Good faith can be a spiral that endlessly moves on.”

Bill Clinton promoted the idea that aligning with Iran’s “reformist” President Mohammad Khatami would empower the reformists against the hard-liners and fundamentally change the rogue state.

Clinton wanted to initiate an official diplomatic dialogue with Tehran. He eased economic restrictions on Iran.

What was the result? At the end of his term, the hard-liners were more empowered.
Iran escalated tensions with Washington. Tehran was sheltering Al-Qaeda members whose activities culminated in the Sept. 11, 2001, terrorist attacks.

George W. Bush thought that engaging with Iran in Iraq and Afghanistan would make Iranian leaders feel that they are being respected, and may make the Iranian government a constructive and rational player in the region.

Instead, Iran took control of Iraq, used proxies to attack US forces, and infiltrated the Iraqi and Afghan political, security and economic establishments.

Former President Barack Obama took possibly the most extreme measures to “change Iran for the better.”

He bombarded the Iranian government with concessions and gifts. He helped lift four rounds of UN Security Council’s economic sanctions against Iran, turned a blind eye to Iran’s military adventurism, ignored Iran’s ballistic missile activities, disregarded Iran’s violation of the nuclear agreement several times, took no notice of criticism about Iran’s meddling in international affairs of many regional countries, ignored Iran’s support for militia groups and Bashar Assad in bombarding and killing people, paid no attention to the fact that Iran was ranked top state sponsor of terrorism and ranked first in executing people per capita, and to its human rights violations.

What was the result?

Tehran began a more aggressive interference in domestic affairs of many countries, including Bahrain, Yemen and Lebanon.

As a result of Iran’s sectarian agenda in Iraq and Syria, the situation became more radicalized and militarized; Daesh and other radical groups gained more power in the region and around the world. The Middle East became a more dangerous place.

President Donald Trump should look at this historical evidence that speaks for itself.
Engagement with Iran and appeasement policy with Iranian leaders has not worked for almost four decades, and will not work as long as the revolutionary, religious, theocratic, authoritarian and anti-American political establishment of the Islamic Republic is in power. 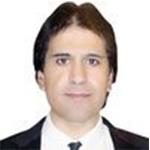