Tornadoes in US destroyed everything on its path

Reuters, May 1, 2017 - Tornadoes ripped through an East Texas county on Saturday evening, killing at least four people and injuring dozens, while high winds, falling trees and floods killed five in neighboring states, according to news reports.
Three tornadoes were confirmed by the U.S. National Weather Service in Canton, a city about 60 miles (95 km) east of Dallas in Van Zandt County.
The winds flipped over cars, snapped trees, destroyed houses and left roads strewn with debris and fallen power lines, according to photographs and video published by the Dallas Morning News.
"We have at least four fatalities," Canton Mayor Lou Ann Everett said at a news conference on Sunday, adding that number could rise. "The damage was extensive in the affected area. It is heartbreaking and upsetting." Forty-nine people had been treated for injuries, she said 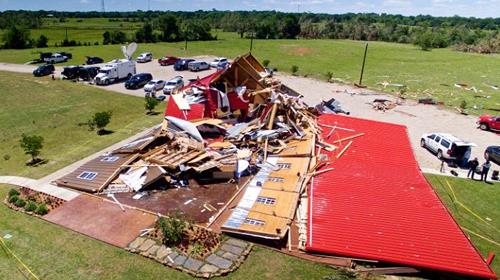 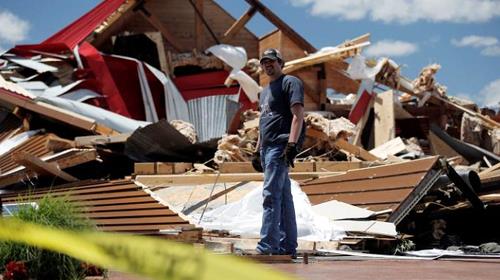 The Rustic Barn, an event hall, which suffered major tornado damage, is seen from an unmanned aerial vehicle in Canton, Texas, 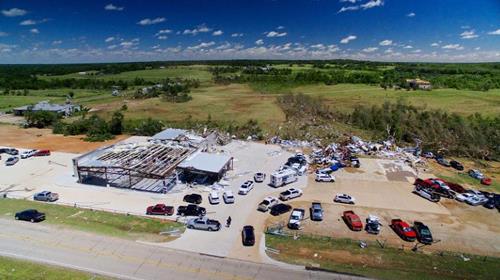 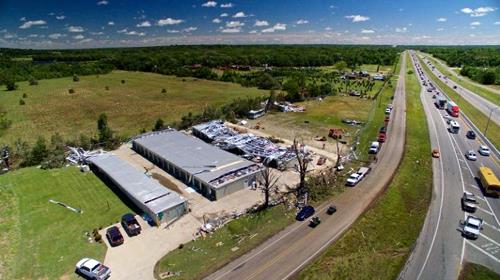 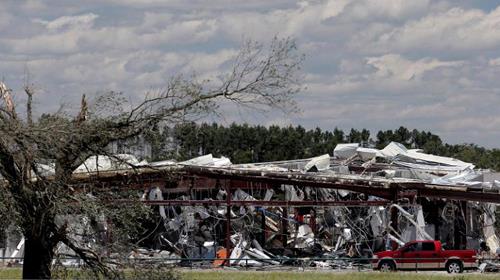 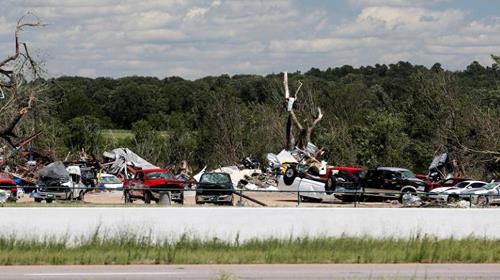 Earlier a Canton fire department captain said he believed five people had been killed.
The mayor urged people to stay away from a sprawling flea market known as First Monday Trade Days, as crews tried to clean up debris.

Texas Governor Greg Abbott sent a search and rescue team to the area.
The storms caused floods in neighboring states, killing a 72-year-old woman in southwestern Missouri who was washed away in her car, according to local media reports.
In Arkansas, a woman was killed when a tree fell on her mobile home in DeWitt, and a 10-year-old girl was killed after flood waters swept her away in Springdale, ABC News reported. A fire chief responding to the storm was killed on Sunday in Cleburne County, the county sheriff said

At least two other people reportedly died in storm-related incidents, while two children were missing after their mother’s car was swept from a road by floodwaters in Madison County. As many as 100,000 homes and businesses lost power, and Gov. Asa Hutchinson declared a state of emergency on Sunday night.

In Mississippi, a person was killed after a tree fell on their house in Durant, ABC reported. The governors of Missouri and Oklahoma declared states of emergency.

In the St. Louis area, severe thunderstorms were forecast through Sunday. Some people were told to evacuate and 33 rescues were conducted, mostly in the state's central and southwestern regions, Missouri Gov. Eric Greitens said.