On May Day, workers of the world unite - and protest

LONDON, Reuters, May 1, 2017 - Europeans took to the streets on Monday, celebrating the international workers' holiday of May Day with an assortment of rallies and demonstrations 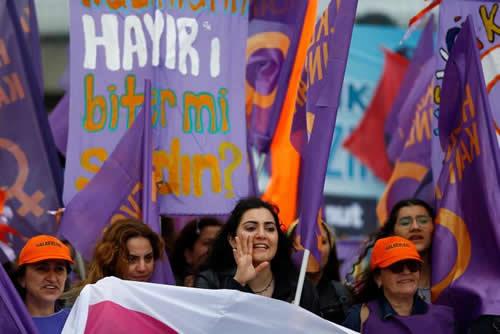 A woman chants slogans as people march with flags during a May Day rally in Istanbul, Turkey, May 1, 2017. 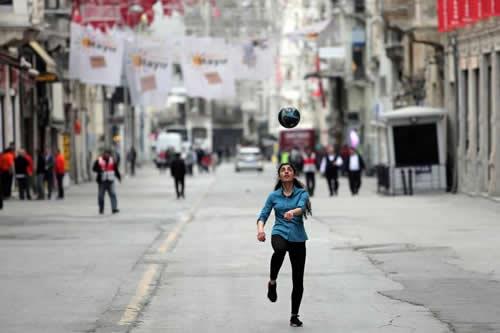 A woman juggles a ball on an empty street after police dispersed protesters defying a ban to gather on Taksim Square during the May Day celebrations in central Istanbul, Turkey May 1, 2017. 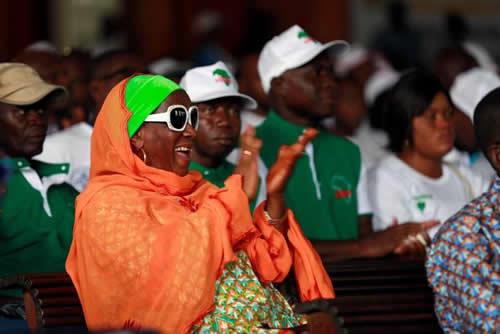 Workers attend May Day celebrations in Abidjan, Ivory Coast, May 1, 2017. 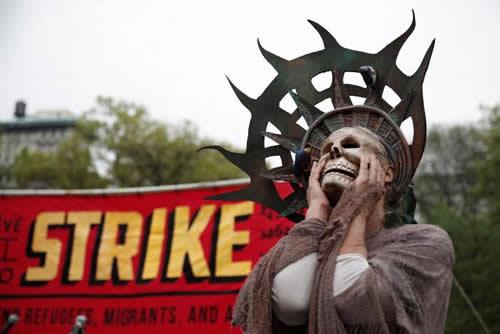 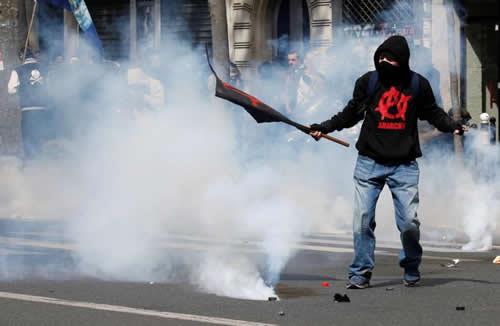 A masked demonstrator protects himself from tear gas during clashes at the traditional May Day labour union march in Paris, France, May 1, 2017. 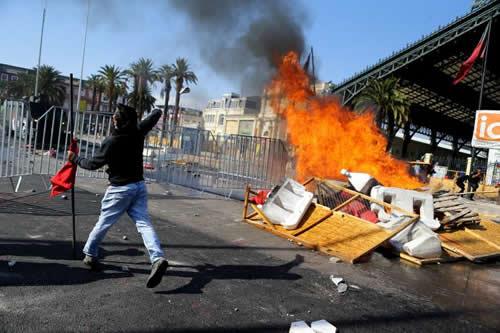 A demonstrator throws a stone toward riot police vehicle during a rally marking May Day in Santiago, Chile May 1, 2017. 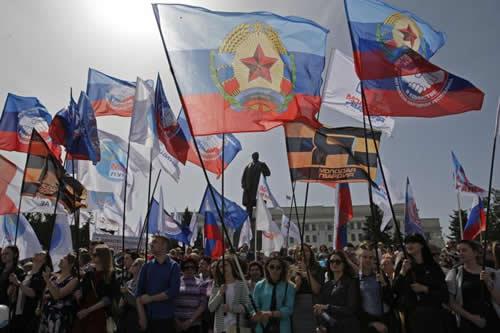 People hold flags as they take part in a May Day rally in rebel-held Luhansk, Ukraine. 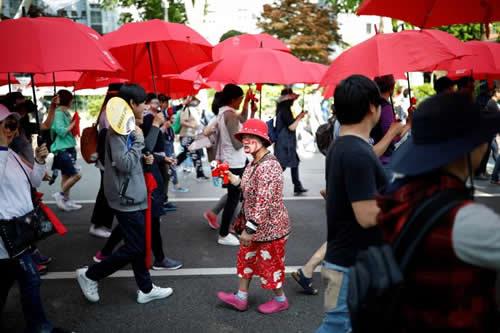 Workers from the Korean Confederation of Trade Unions (KCTU) holding red-colored umbrellas march during a May Day rally in Seoul, South Korea 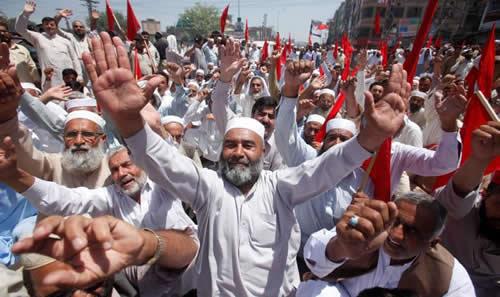 Labourers and political workers take part in a rally demanding reasonable wages and workers' safety, on International Labor Day in Peshawar, Pakistan May 1, 2017. 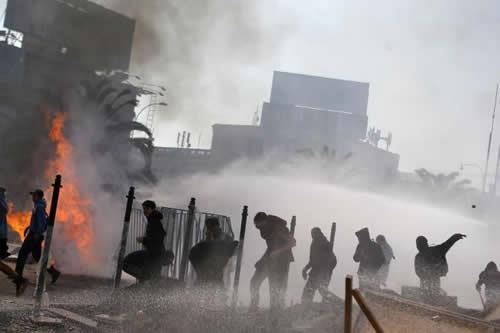 Demonstrators clash with riot police during a rally marking May Day in Santiago, Chile May 1, 2017.