Al Arabiya, with wires, 4 April 2017 - EU diplomatic chief Federica Mogherini said Tuesday the regime of Bashar al-Assad bears “primary responsibility” for a suspected chemical attack that killed at least 58 people in a rebel-held town in Idlib, Syria including 11 children under the age of eight on Tuesday.

“Today the news is awful,” Mogherini said in an interview with media organisations in Brussels on the sidelines of a EU-UN conference that was meant to focus on the post-conflict situation in Syria.

A Syrian military source strongly denied the army had used any such weapons.

The attack caused many people to choke or faint, and some had foam coming out of their mouths, the Syrian Observatory for Human Rights said, citing medical sources who described it as a sign of a gas attack.

The air strikes on the town of Khan Sheikhoun, in the south of rebel-held Idlib, also wounded more than 60 people, said the Observatory, a British-based war-monitoring group.

“This morning, at 6:30 a.m., warplanes targeted Khan Sheikhoun with gases, believed to be sarin and chlorine,” said Mounzer Khalil, head of Idlib’s health authority, adding that the attack had killed more than 50 people and wounded 300.

“Most of the hospitals in Idlib province are now overflowing with wounded people,” he told a news conference in Idlib.

Warplanes later struck near a medical point where victims of the attack were being treated, the Observatory said and civil defence workers said.

The civil defence, also known as the White Helmets - a rescue service that operates in opposition areas of Syria - said jets struck one of its centres in the area and the nearby medical point.

It would mark the deadliest chemical attack in Syria since sarin gas killed hundreds of civilians in Ghouta near Damascus in August 2013. Western states said the Syrian government was responsible for that attack. Damascus blamed it on rebels. 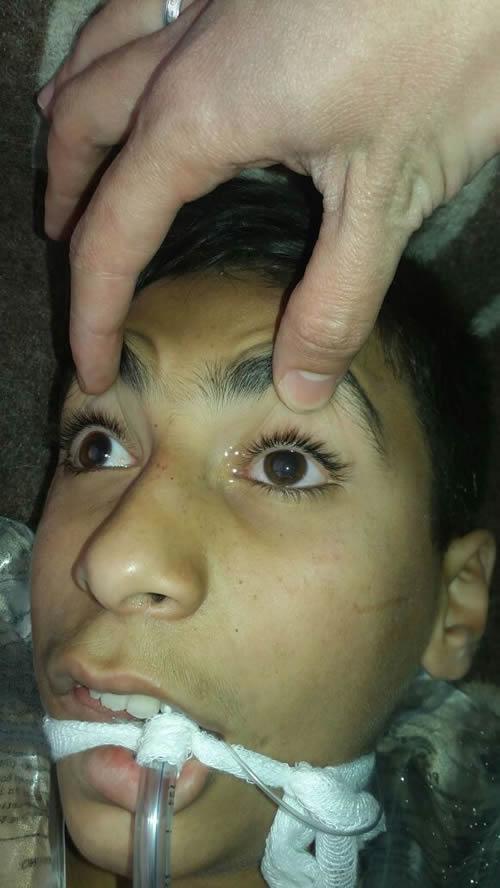 The army “has not and does not use them, not in the past and not in the future, because it does not have them in the first place”, the source said.

Reuters photographs showed people breathing through oxygen masks and wearing protection suits, while others carried the bodies of dead children, and corpses wrapped in blankets were lined up on the ground.

Activists in northern Syria circulated pictures on social media showing a purported victim with foam around his mouth, and rescue workers hosing down almost naked children squirming on the floor.

Most of the town’s streets had become empty, a witness said.

The conflict pits President Bashar al-Assad’s government, helped by Russia and Iranian-backed militias, against a wide array of rebel groups, including some that have been supported by Turkey, the United States and Gulf monarchies.

The Russian Defence Ministry said on Tuesday that Russian planes had not carried out air strikes on Idlib.

Syrian and Russian air strikes have battered parts of Idlib despite a ceasefire that Turkey and Russia brokered in December, according to the Observatory. 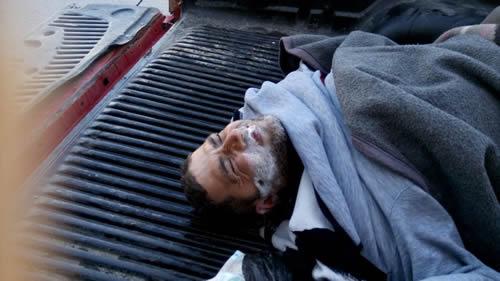 Idlib’s population has ballooned, with thousands of fighters and civilians shuttled out of Aleppo city and areas around Damascus that the government has retaken in recent months.

US air strikes since January have also hit several areas in the rural province where militias have a powerful presence.

The United Nations and the Organisation for the Prohibition of Chemical Weapons have been investigating whether Damascus is adhering to its commitments under the 2013 agreement, which averted the threat of US-led military intervention.

In a report in October last year, the inquiry said that government forces used chemical weapons at least three times in 2014-2015 and that ISIS used mustard gas in 2015.

The government, which denied its forces were behind the Ghouta attack, also agreed to hand over its declared stockpile of 1,300 tonnes of toxic weaponry and dismantle its chemical weapons program under international supervision.

Damascus has repeatedly denied using such weapons during the six-year war, which has killed hundreds of thousands and created the world’s worst refugee crisis.