Al Arabiya News Channel, 30 March 2017 - United States President Donald Trump’s administration has warned Iran again over its financial and material support of Houthis in Yemen and reiterated the danger the militias are posing to international waters over the control of the Bab-el-Mandeb strait.

The warnings came Army General Joseph Votel told the House Armed Services Committee on Wednesday that the US does not want Yemen to be used as a sanctuary for attacks against the US.

The Bab el-Mandeb Strait connects the Red Sea to the Indian Ocean, a strategic passage for world trade.

"I am extraordinarily concerned about another contested maritime chokepoint in the region," Votel said, referring to tensions with Iran over the Strait of Hormuz. 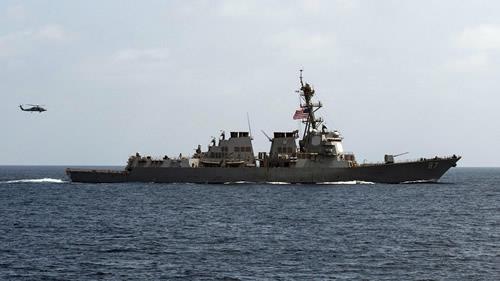 Two missiles were fired for a second times at the USS Mason in the Red Sea last September with US officials believing the Houthis were behind the attack.

His warnings to Congress comes just days after White House officials confirmed that the Trump administration are mulling US actions in Yemen, specifically against Houthi militias to liberate the strategic al-Hudaydah port.

Reports in recent weeks also pointed out the Iranian intelligences sources who have helped Houthi militias recalibrate their missiles to reach further distances, increasing the chances of attacks on Saudi soil from the Yemeni capital Sanaa.