Tributes poured in for the former deputy first minister from across the political divide, and just hours after his death, supporters silently escorted his coffin through the streets of his native Derry.

But victims of the paramilitary IRA condemned his role in the British province’s bloody past, in which 3,500 people died in more than three decades of violence.

"While I can never condone the path he took in the earlier part of his life, Martin McGuinness ultimately played a defining role in leading the Republican movement away from violence," Prime Minister Theresa May said. 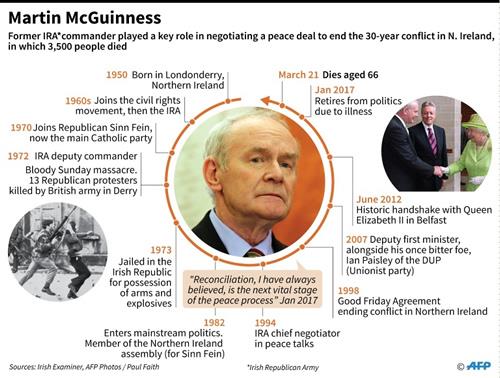 "In doing so, he made an essential contribution to the extraordinary journey of Northern Ireland from conflict to peace."

McGuinness had resigned from office in January, citing an unspecified serious illness and a breakdown in relations with the rival Democratic Unionist Party with whom he had shared power in Belfast for a decade.

He died in hospital in Derry, according to his official death notice, reportedly from a rare heart condition.

A trained butcher, McGuinness first became involved in politics through the civil rights movement and became the IRA’s second-in-command in his home town.

Through the Sinn Fein party, which opposes British rule in Northern Ireland and was long considered the political arm of the IRA, he went on to play a central behind-the-scenes role in an historic 1998 peace deal.

Colin Parry, whose 12-year-old son Tim died in an IRA bomb in the English town of Warrington in 1993, told BBC radio that he could not forgive McGuinness but paid tribute to his "desire for peace". 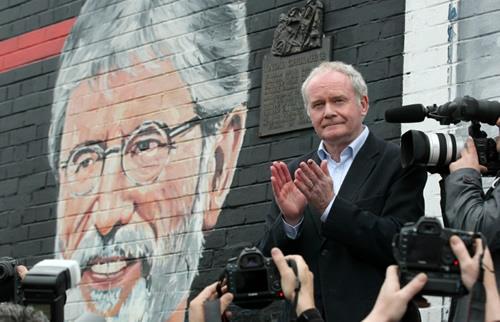 McGuinness was "a brave man, who put himself at some risk" from more hardline republicans, Parry said.

But British lawmaker Norman Tebbit, whose wife Margaret was paralysed in the 1984 Brighton bombing by the IRA, said the world was "a sweeter and cleaner place now" without him.

"He was not only a multi-murderer, he was a coward," said Tebbit, adding that McGuinness only became a peacemaker to "save his own skin".

Julie Hambleton, the sister of one of the 21 victims of two IRA bombs in pubs in Birmingham in central England in 1974, said McGuinness had been "selective with the truth" about his time in the IRA.

"With him the truth has died," said Hambleton, who is still campaigning for the perpetrators of the pub bombings to be brought to justice.

McGuinness’s resignation sparked an election last month in which Sinn Fein made major gains, but the party remains deadlocked in a dispute with the DUP. 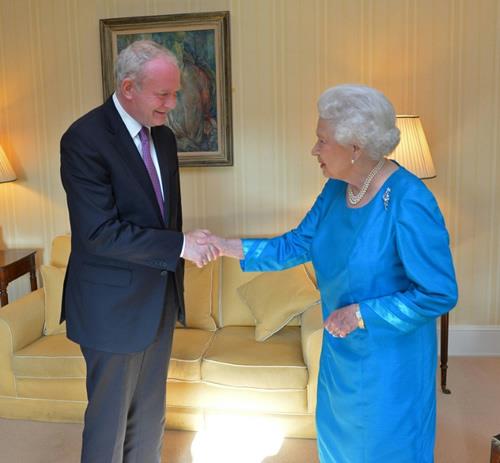 If the two sides cannot agree to form a new government, Britain could impose direct rule from London.

Ten years ago in May, McGuinness made history by entering government with his once bitter foe, Ian Paisley of the DUP.

The decision to share power was a key part of the peace process in Northern Ireland.

Former British prime minister Tony Blair, one of the architects of the 1998 peace deal, said he would not have been able to do it without McGuinness.

"We could never have done it without Martin’s leadership, courage and quiet insistence that the past should not define the future," Blair said in a statement.

In a memorable gesture that would once have been unimaginable, McGuinness shook hands with Queen Elizabeth II during her visit to Belfast in 2012.

The monarch was expected to send a private message to McGuinness’s widow, Bernadette.

McGuinness was born in 1950 in Derry, on the province’s northern coast, and grew up in the city when it was riven by sectarian bloodshed. 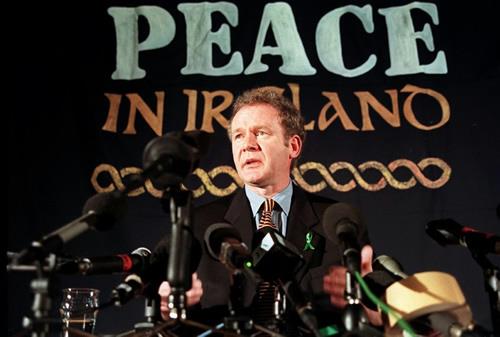 He was the IRA’s second in command at the time of Bloody Sunday in 1972, when British soldiers shot 26 unarmed republican protesters in Derry, killing 13 of them.

Sinn Fein leader Gerry Adams called his former colleague a "passionate republican who worked tirelessly for peace and reconciliation and for the re-unification of his country".

He ended his statement with an Irish quote which translates as: "A faithful soul among the heroes of Ireland".

The funeral will take place on Thursday.