TOKYO, Reuters, Mar 17, 2017 - In a display of military power aimed at China, France will dispatch one of its powerful Mistral amphibious carriers to lead drills on and around Tinian island in the western Pacific, with Japanese and U.S. personnel and two troop-carrying helicopters sent by Britain, two sources told Reuters.

"Rather than just being a naval exercise, this amphibious exercise will send a clear message to China," said one of the sources, who were not authorized to talk to the media and so asked not to be identified.

The exercise will take place in the second and third week of May, the other source said. 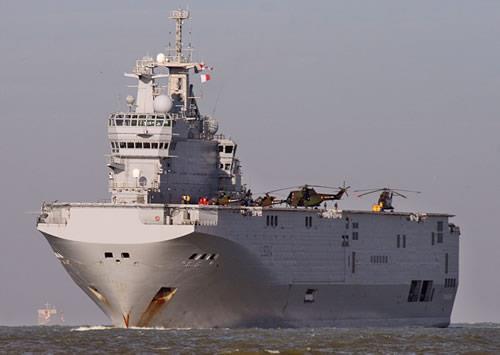 As China’s military strength grows with the addition of power-projecting aircraft carriers, Beijing is extending its influence beyond its coastal waters into the Pacific. The move worries Japan and the United States, but is also a concern for France which controls several Pacific island territories, including New Caledonia and French Polynesia.

China is building a second aircraft carrier, the Shandong, which when complete will join The Liaoning, which was bought from Ukraine in 1998 and refitted in China. In December The Liaoning led a group of Chinese warships that sailed through waters south of Japan.

Administered by the U.S., Tinian is part of the Northern Mariana Islands, which include Guam, lying about 2,500 kilometers (1553 miles) south of Tokyo.

Japan, a close ally of the U.S., possesses Asia’s second-strongest navy after China and is forging closer defense ties with both France and Britain. 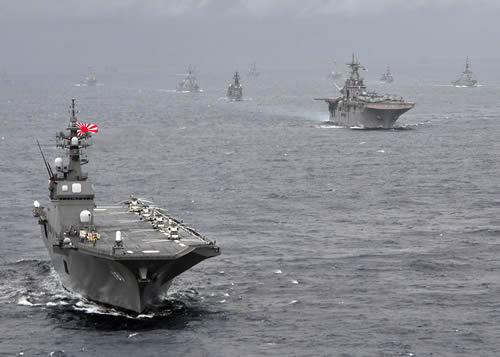 London in October dispatched four of its Typhoon jet fighters to Japan to train with the Japanese Air Self Defense Force. The British aircraft flew over the disputed South China Sea on the way back to assert over-flight rights over a region most of which is claimed by Beijing.

A spokesman for Japan’s Self Defense Forces said nothing had been decided when asked if there would be a joint amphibious exercise with France, the United States and Britain.

Japanese Prime Minister Shinzo Abe on Sunday will travel to Europe for talks with European Union leaders, which will include a meeting French President Francois Hollande.